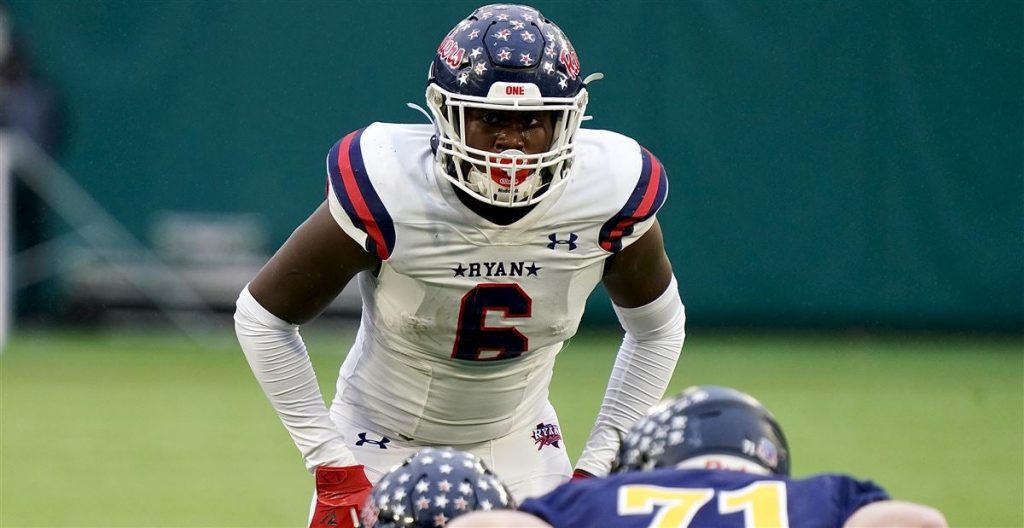 This season’s recruiting class for Texas A&M was ranked number one in college football. However, next season’s class has just been dealt a huge blow. 5-star linebacker Anthony Hill Jr. has decommitted from the program. The Aggies are currently 3-6 on the year and head coach Jimbo Fisher is likely feeling a bit of warmth on his coach’s seat.

With his team struggling at 3-6, Texas A&M head coach Jimbo Fisher would have hoped that some incoming talent would help improve the program next year. However, things have gone the opposite way for Fisher as he has lost one of his 5-star recruits for next year.

Linebacker Anthony Hill Jr. out of Denton, Texas was the number one linebacker in the class according to Rivals and 24/7 Sports. ESPN had him as the second ranked player at the position.

Hill had committed to the Aggies at the end of July, but is now opening up his recruitment once again.

“I’d like to thank Texas A&M, Coach [Tyler] Santucci and staff for recruiting and developing a personal relationship with me and my family,” Hill said. “Thank you to the Texas A&M fans who have been a great support throughout my recruitment. After further difficult discussions with my family, I will be decommitting from Texas A&M and opening up my recruitment.”

The No. 1 LB in the ‘23 Class had been committed to the Aggies since July.

Hill tells me he plans on taking his recruitment down to signing day.https://t.co/oOIR7fIQUA pic.twitter.com/GlSGZfSuwG

Not Short of Options

Hill has offers from over 30 schools, so he won’t be short of options when he selects a school in Decemeber. His most likely destination at this time appears to be the Texas Longhorns.

Hill is billed at 6’2″ and 230 lbs. He currently has 67 tackles, four tackles for loss and two sacks in his high school season.