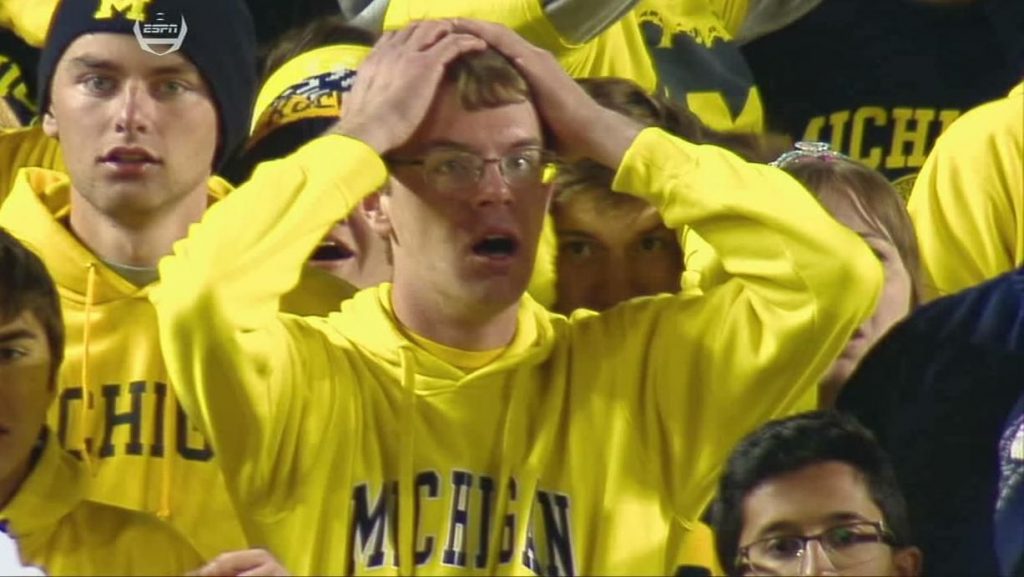 The mighty surrender cobra. The pose of despairing college football fans who cannot believe what they’ve just seen. The arms go up and hands clasp one another behind the cranium of the unfortunate one. The TV camera pans to you and CONGRATULATIONS, you are now an internet meme! You have been caught doing the SURRENDER COBRA.

That is just pure gold. It encapsulates the spirit of the surrender cobra perfectly. That upside down smile is the icing on the cake.There is a little to work on in terms of form, but for the most part, a solid effort.

Rating: 9/10. Far too early in the season to be awarding perfect tens just yet. 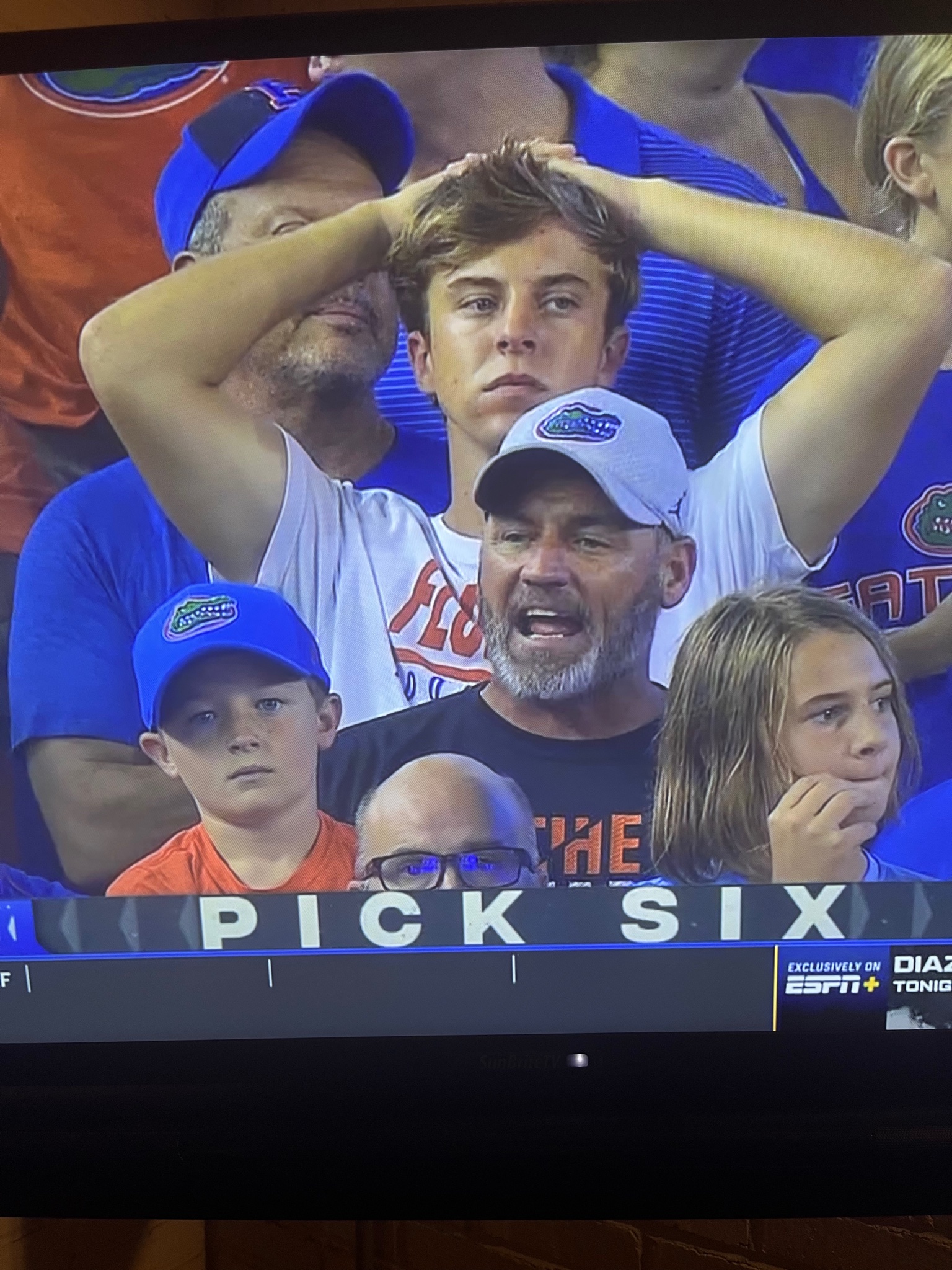 Let’s get started at The Swamp where Florida lost to that well-known college football powerhouse, Kentucky. Late in the third quarter, the Wildcats returned an interception to the house to take a 23-16 lead. Cue a surrender cobra from this Florida fan. The sad kid and yelling father may earn an extra point or two, but his bad form and lack of frown will see some deductions. 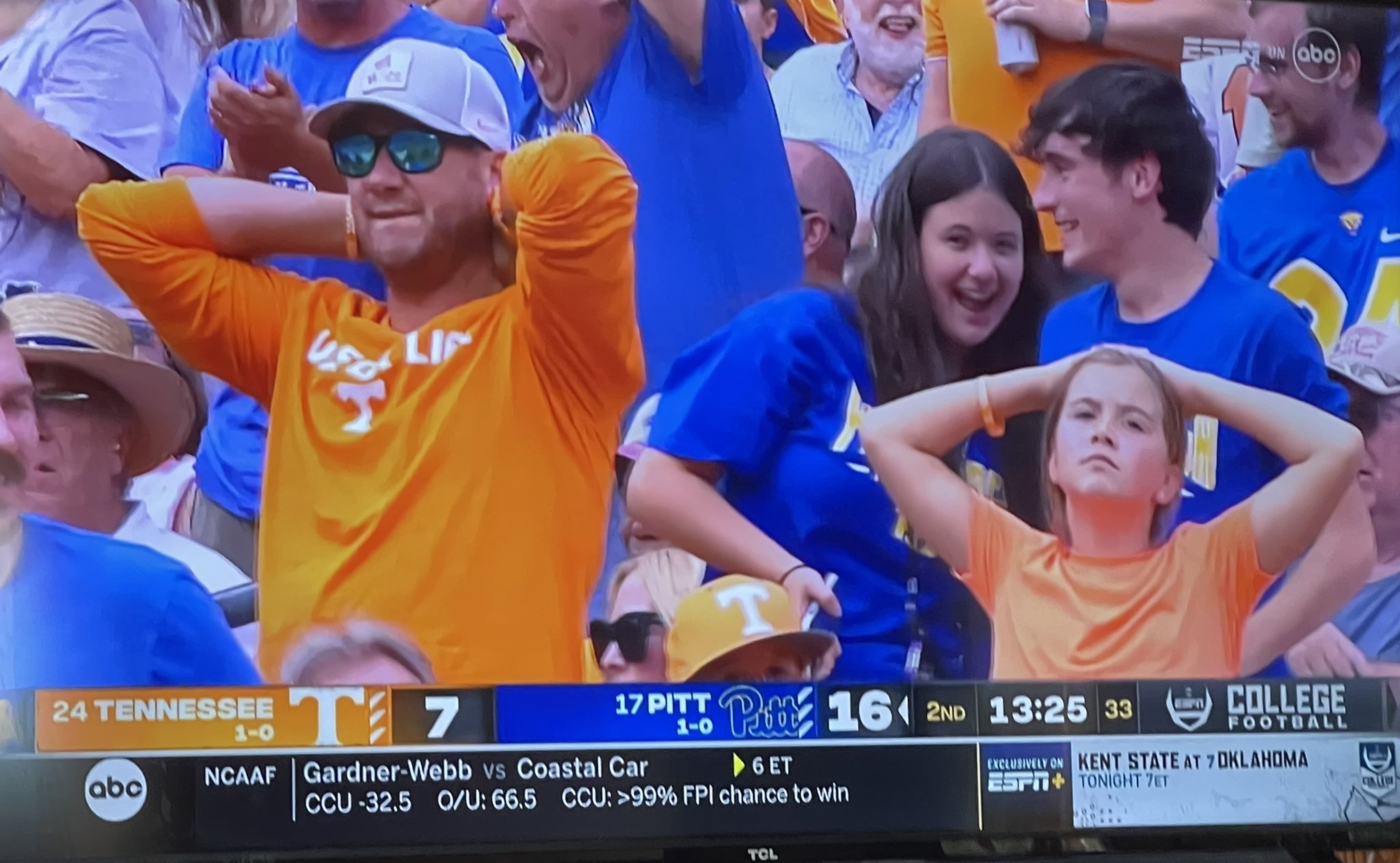 This beautiful family portrait should adorn the walls of these Tennessee fans for years to come. The form from the youngster is good and the frown is solid. The old man on the other hand is not displaying as much outward emotion and his form is off totally. The laughing Pitt fans add a fantastic element to this surrender cobra. It took a while to spot the obnoxious yelling Pitt fan too, but another few decimals added for the passion.

This family surrender cobra didn’t last long as the Volunteers won this game in overtime. 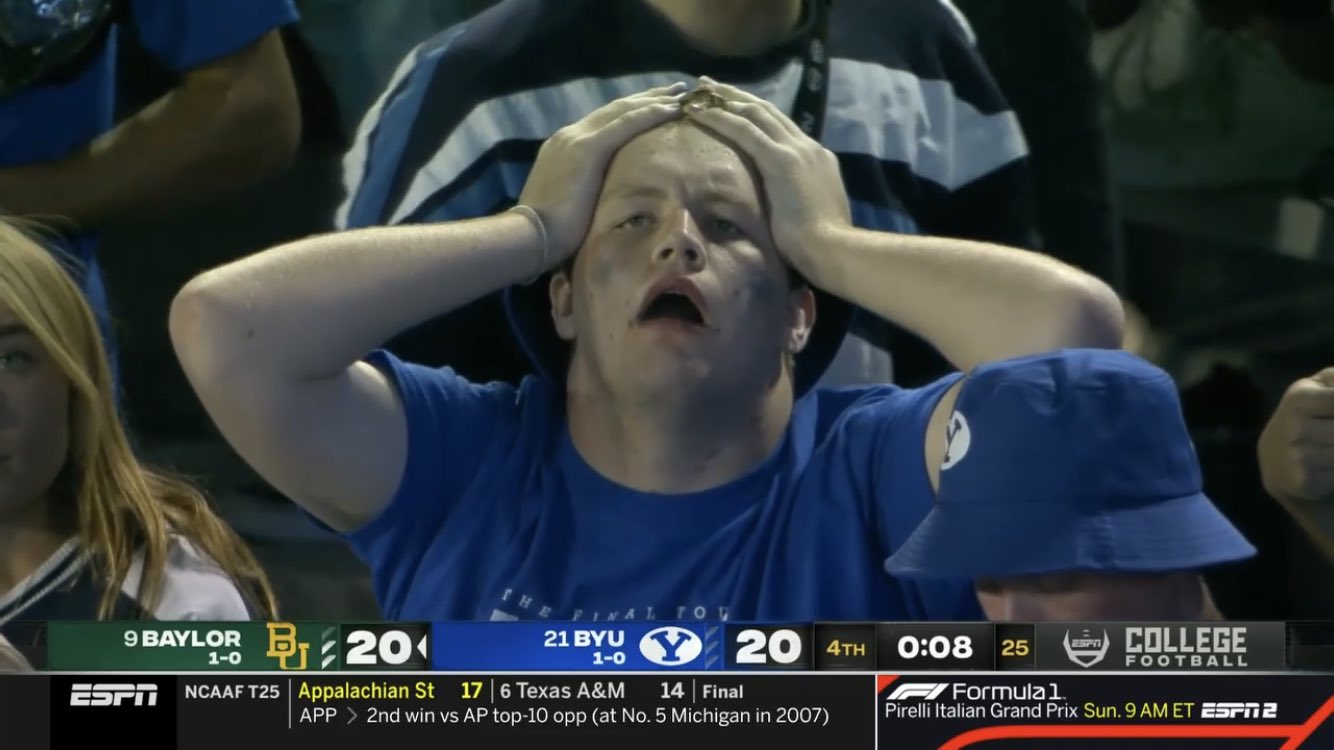 BYU missed a 35-yard field goal in the last meaningful play of regulation and this fan could not believe it. It’s almost a picture perfect surrender cobra but his arms are a little too far in front of his head for perfect form. The mouth agape look really suits this gentleman though and is worth an extra point or so. BYU eventually won the game in OT, so this fine fellow left the game happy.

Last night Eli and Peyton Manning were on the Manningcast for Monday Night Football. Peyton couldn’t believe his eyes when the Denver Broncos were not taking a time out towards the end of the game. What followed was our first celebrity surrender cobra of the football year.

the manningcast was saying what every fan was screaming at their TV tonight pic.twitter.com/J1XzXeY2KC

The surrender cobra starts just after 45 seconds of the video and lasts a solid 12-13 seconds. This will not receive a rating because it is only a celebrity entry but Peyton is eligible to enter the Hall of Fame celebrity wing in the future.