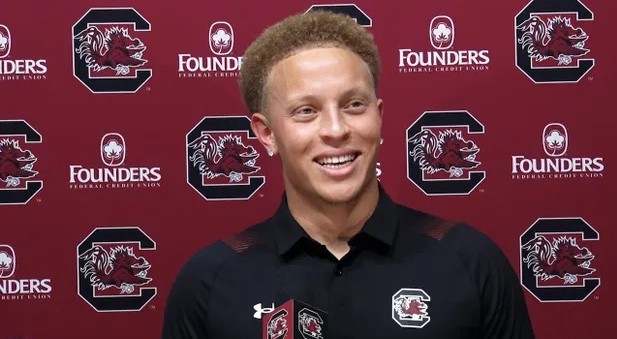 South Carolina quarterback Spencer Rattler will not comment on his future until after the Gator Bowl he said on Wednesday. Once upon a time, Rattler was being heralded as the next big thing and was being touted as a number one NFL draft pick before even leaving high school. However, Rattler has struggled at the college level and was benched by Oklahoma in favor of Caleb Williams last season. He then entered the transfer portal and made his move to the Gamecocks, where he hit top form at the end of the season to turn over Tennessee and Clemson.

Rattler to announce decision on future after Gator Bowl

Spencer Rattler is 100 percent focused on his team’s matchup with Notre Dame in the Gator Bowl. He is so focused that he is refusing to even talk about his future after the Gator Bowl. Whether Rattler will enter the 2023 NFL Draft, enter the NCAA transfer portal, or stay for another season in Columbia is at this point unknown.

Spencer Rattler was asked whether he's made a decision to return to @GamecockFB and why he decided to play in the #GatorBowl:

"The last thing I want to do is talk about my decision. We're focused on the game tomorrow."

"It's the right thing to do. This is family."@wachfox pic.twitter.com/E35aefb2f7

“The last thing I want to do is talk about my decisions,” Rattler said. “We got a lot of guys up here ready to play tomorrow. We’re focused, like I said, on the game tomorrow, the task at hand. For all of us, our decisions after that will be made. Like I said, we’re locked in on this game tomorrow.”

Rattler had struggled at the college level since coming out of high school and heading to Oklahoma in 2019. He spent three seasons at Oklahoma and underwhelmed in his time there. He was eventually benched for Caleb Williams in the middle of last season.

At the end of the season, he entered the transfer portal and made his move to South Carolina under coach Shane Beamer. For most of this season, Rattler continued to underwhelm, but hit top form showing what kind of ceiling he possesses late in big victories over Clemson and Tennessee.