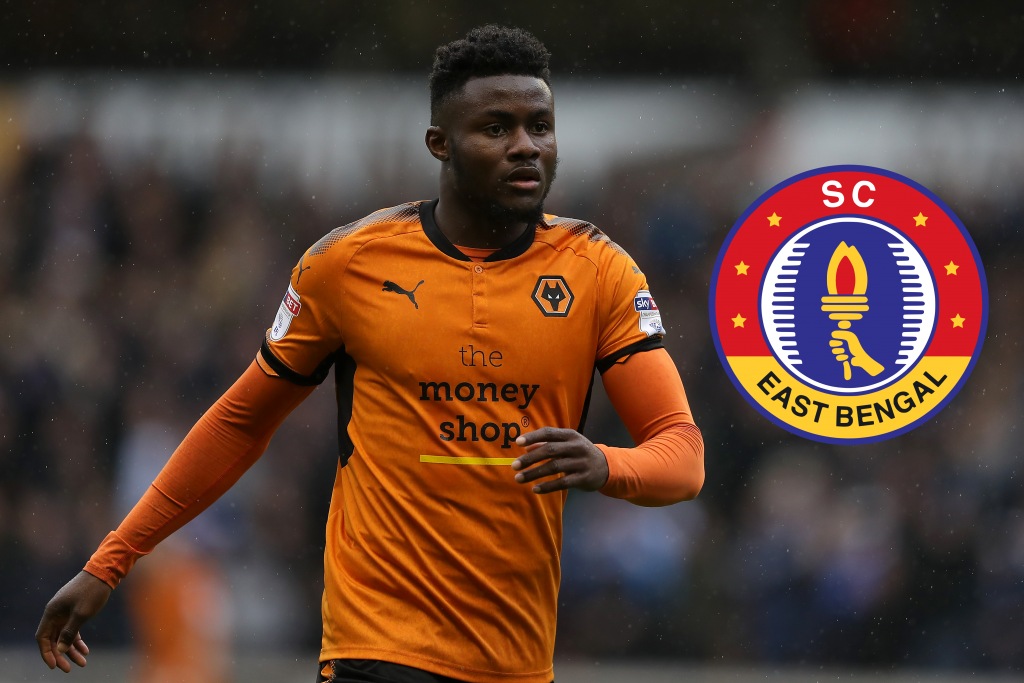 SC East Bengal have confirmed the signing of Bright Enobakhare. They had only signed six foreigners going into the season, so they were set to complete at least one transfer in January. Initially, they were thought to be in for Wigan Athletic’s Joe Garner, but that move fell through, and they finally decided to bring Enobakhare to the club.

"I am happy to be part of SC East Bengal. It is the biggest club in India and offers me a fresh challenge."

The 22-year-old Nigerian youth international has been to a fair few places in 2020. On the 1st of January, his loan spell at Wigan Athletic ended, and he returned to Wolverhampton Wanderers. On deadline day in the January transfer window, he opted not to join Birmingham City as he felt that his proposed salary was too low. Then, on the 14th of May, he left Wolves by mutual consent, joining AEK Athens a month later. However, he only made a solitary substitute appearance for the Greek side and ended up leaving in early October. Prior to that, he came up the ranks through the Wolves academy and made his first start in 2015, later playing for Kilmarnock and Coventry City on loan, even winning the 2018/19 Young Player of the Year for the latter. Now, he has come to India, and to East Bengal, so here’s a look at his strengths and weaknesses:

Bright Enobakhare has chiefly operated as a second striker, but can also play on the left wing. He is stronger on his right foot, but not too bad with his left either. He is a hard-working player who likes to have the ball at his feet and can carry it forward well and is mentally strong in terms of vision and awareness.

Bright Enobakhare is certainly quite an exciting young prospect – he was a key starter for Wolves in their time in the Championship (especially 2016/17), and even Nuno Espírito Santo said that he had the talent to be a top player. The 22-year-old is quite the dribbler too, as he can skip past defenders like they aren’t there with such ease. In his time at Wolves, he has averaged 3.4 dribbles per match while completing 73.75% of them, often taking on multiple defenders at once. Here’s an example of his dribbling skills: He starts off by bursting past his man and running at the opposition defence, which is a line of three in this frame. He is surrounded by defenders then, but he keeps going and knocks the ball into the box. As the defenders rush to close him down, Enobakhare decides to have a pop and finds the bottom corner through the legs of the defender in a smart finish.

Standing at 6′ tall, Bright Enobakhare isn’t the greatest at aerial duels, winning just 23% of them. He likes to shoot a lot too, meaning that he shot conversion rate is very poor. In his time at Wolves, he attempted 33 shots (19 of which were from outside the box) and scored only once – coming away with a paltry shot conversion rate of 3%. However, the biggest issue for East Bengal will be his attitude problems. The Nigerian forward has had many issues in his short career, which explains why he’s been making transfers left, right and centre. At the age of 17, he scored in his senior debut for Wolves but then went AWOL for two weeks after initially taking some time off for a personal matter. At Coventry City he regularly turned up late for training and got into a few altercations with some of the players, but such was his talent that the coaching staff had to overlook it. In his loan spell at Wigan Athletic, he only made two appearances and later didn’t even turn up for training after not starting matches, forcing the club to cut his loan short. Robbie Fowler will need to be very mindful of this.

How Bright Enobakhare fits in at East Bengal will be quite an interesting thing to see. He seemingly has no place in Robbie Fowler’s favoured 3-4-2-1 formation, as the two spots behind the striker are occupied by Jacques Maghoma and Anthony Pilkington, and he isn’t adept to playing as a sole striker. Therefore, he may be better off in their 5-3-2, where he could partner Jeje Lalpekhlua up front. Keeping the foreigner-limit in mind, here’s how East Bengal might line up with him.

This looks to be quite a bright signing for East Bengal, but it does come with certain side-effects which they will have to manage. If they get him properly firing, he could well be the solution to their goal-scoring problems and help propel them further up the table. Welcome to the Indian Super League, Bright Enobakhare. Let’s see if you can light it up. Stats courtesy whoscored.com