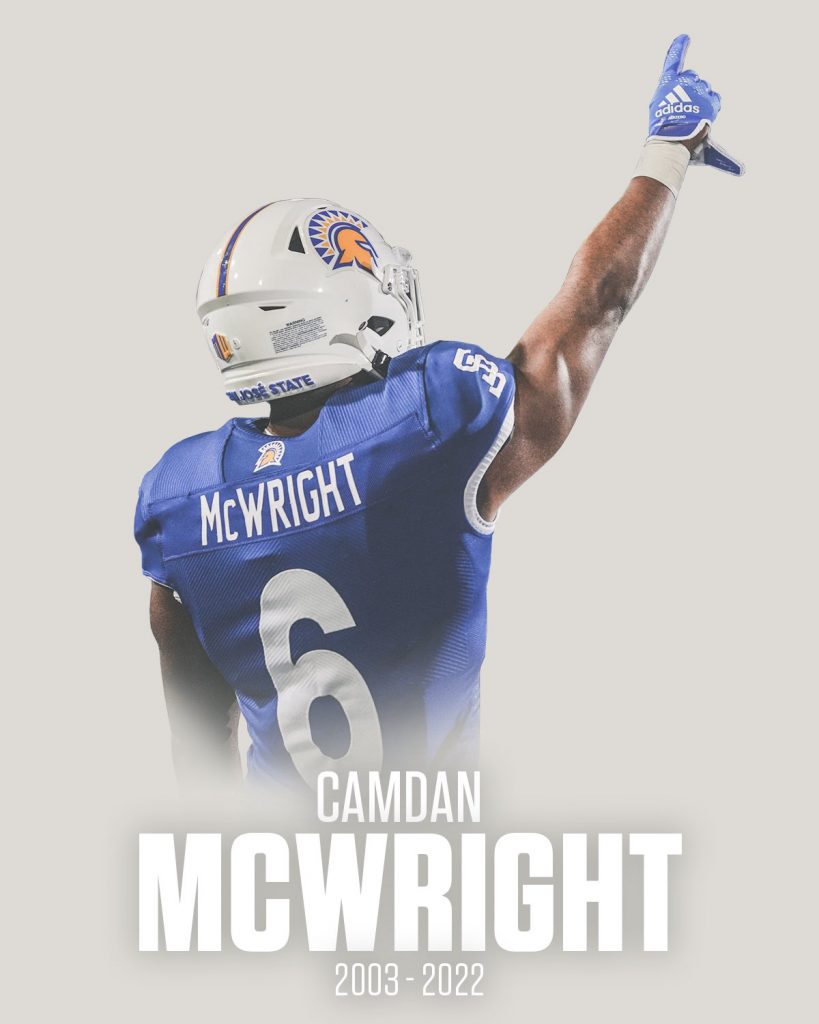 More sad news emerged from college football over the weekend as San Jose State announced the death of their running back Camdan McWright. McWright was struck while on his scooter on Friday morning. He was 18 years old.

The San Jose State Spartans postponed their game against New Mexico State on Saturday after news broke that Spartans running back Camdan McWright had died in an accident. Wright was on his electric scooter when he was hit by a school bus on Friday morning.

“We lost an amazing young man tragically this morning,” Spartans football coach Brent Brennan said. “Camdan had a bright future ahead of him, and everyone in this community that had the opportunity to spend time with him knew that.

We are still trying to deal with the news of this tragedy and appreciate everyone’s support during these difficult times. Our thoughts and prayers are with the McWright family, and I want them to know we are all here for them. Camdan will always be in our hearts, and he will be profoundly missed.”

California Highway Patrol are currently investigating the accident. According to officer Mike Lee, the bus entered an intersection on a green light where it struck the scooter of McWright. McWright was not wearing a helmet while on the rented scooter.

“The 18-year-old pedestrian riding an electric scooter was traveling south on 10th Street and entered the intersection at the crosswalk and was crossing to the opposing sidewalk,” Lee said. “He was in the crosswalk when he was struck by the bus. [He] did sustain fatal injuries immediately at the scene.”

McWright was a freshman at San Jose State and hailed from Panorama City, Los Angeles. He had seen minimal action for the program this year but had a bright college football career ahead of him.