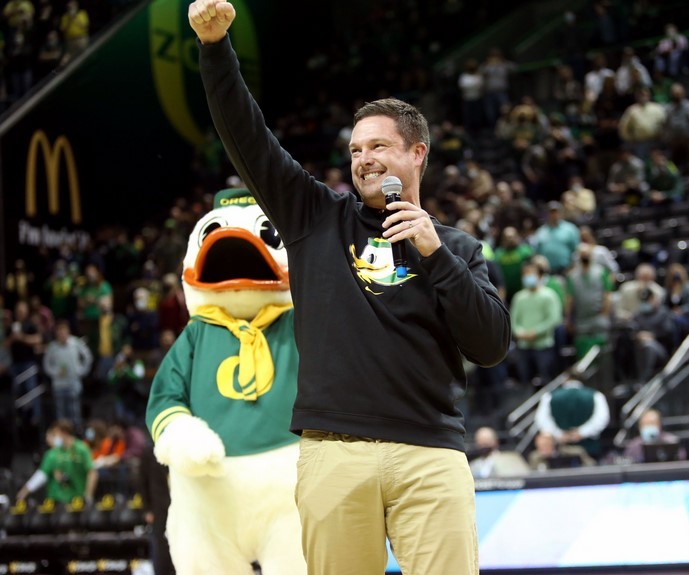 It has been an excellent start to National Signing Day for Oregon. Head coach Dan Lanning will be delighted to have secured the signatures of five-star defensive lineman Matayo Uiagalelei, and flipped five-star safety Peyton Bowen from Notre Dame and quarterback Austin Novosad from Baylor. The three recruits put the Ducks in the top-ten of the consensus college football recruiting rankings for next season. They now have three five-star recruits heading to Eugene in 2023.

Dan Lanning would have had plenty of reason to smile on Wednesday morning. The Oregon Ducks head coach has secured three big signatures heading into next season. Defensive lineman Matayo Uiagalelei, brother of former Clemson QB, DJ, safety Peyton Bowen, and Austin Novosad, once committed to Baylor will both be heading to Eugene.

Matayo Uiagalelei picked Oregon today after the Ducks seemed like a distant third for some time.

Matayo Uiagalelei is five-star recruit out of California and he will stay reasonably close to home. There were rumors swirling that his brother, DJ, would follow his little brother wherever he ended up, but those are, as yet, unconfirmed.

The 6-foot-5 260 lbs defensive end received offers from 20 of the top schools in the country including Alabama, USC, Clemson, Michigan and Ohio State. However, he has chosen to ply his trade in Oregon.

Joining him will be five-star recruit Peyton Bowen, who was heading to Notre Dame before Dan Lanning convinced the talented safety to flip. Bowen is the second-ranked safety and second-ranked recruit out of Texas in this draft class. The 6-foot-1 defensive back will help catapult Oregon up the consensus recruiting rankings for 2023. Bowen and Uiagalelei make up two of three five-star recruits that help give Oregon the number one recruiting class in the Pac-12. They are also a top-ten recruiting class overall.

Oregon have also managed to flip quarterback Austin Novosad from Baylor. Novosad committed to Baylor at around this time last year, but one year later his head has been turned. Novosad is a four-star recruit out of Texas and he is the consensus number-ten quarterback in this class.

“The culture and team that coach Lanning creates is amazing,” Novosad said. “He’s a very special guy when you get to meet him and talk with him. Lastly, the offensive fit that Oregon brought to the table was hard to pass up. The ability to play in big games and throw to some big time playmakers was also a big part in my decision.”

All three will be big pieces of the team in the years to come.