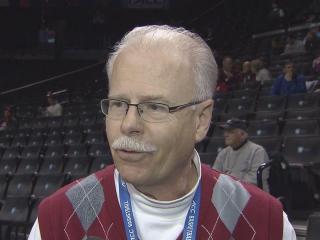 North Carolina State radio announcer Gary Hahn was suspended indefinitely on Friday after making racist marks while calling the Duke’s Mayo Bowl game between NC State and Maryland. Hahn made a needless, offensive comment relating to the ‘illegal aliens’ in the Sun Bowl being played in El Paso, Texas, and was promptly suspended by Learfield, the company that runs Wolfpack Sports Network.

It can hardly be called a slip of the tongue, but a racist gaffe by an NC State radio announcer led to his suspension on Friday. Gary Hahn was commentating on the Duke’s Mayo Bowl game when needlessly mentioned ‘illegal aliens’ in the Sun Bowl, which was being played in El Paso, Texas.

“Amongst all the illegal aliens down in El Paso, it’s UCLA 14 and Pittsburgh 6,” Hahn said before handing over to a sideline reporter. Hahn was simply providing an update on the score in the Sun Bowl which was being contested between UCLA and Pittsburgh. However, like many drunk uncles at Christmas dinner, he could not bite his tongue when a chance to air his views on a political topic came about.

Hahn was promptly suspended by his employer, Learfield. They are the parent company of the Wolfpack Sports Network.

Hahn has been commentating on NC State sports since 1991 and has won several awards for his sportscasting work with the program. In that case, one wonders how he could think such an inappropriate remark was suitable for the airwaves. Since it was not even the game he was commentating on, it makes it an even more bizarre statement.

There is currently no word on if Hahn will be retained by the company.