In the Sir Alex Ferguson era, Manchester United had much bigger fish to fry than winning the domestic cup competition. However, with replacement David Moyes under increasing pressure, tonight’s Capital One Cup semi-final second leg against Sunderland has increased significance and importance.

The Premier League champions are in a dire run of form, losing four out of their last five games in a sequence that threatens to dismantle their entire campaign.

One of those defeats came at the Stadium of Light, where basement dwellers Sunderland beat the Red Devils 2-1 in the first leg of this clash.

Ahead of tonight’s game in which United are favourites with Completebetting.com to win, Moyes will be considering just how much of a blow failure to make the final of the tournament could be. United have already been knocked out of the FA Cup by Swansea, and lacklustre recent form has all-but cost them a shot at retaining their Premier League title.

This only really leaves the Champions League, which will be a massive task for Moyes to win in his debut season in Manchester. As such, the Capital One Cup represents the chance to ensure that the Scot wins silverware in his first season with the club – even if it is not as illustrious as other competitions. 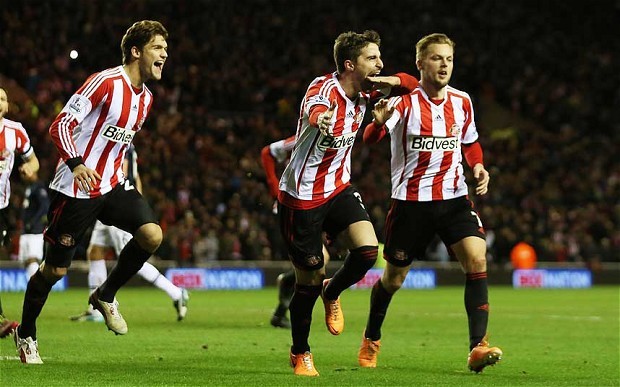 Manchester City lie in wait for the winners after thrashing West Ham 9-0 on aggregate in the other semi, which will be another motivation for the Old Trafford outfit.

For Moyes to beat fierce local rivals City in the final at Wembley would surely lift his standing with the fans and the club, and give the United faithful something to celebrate in an otherwise disappointing campaign so far.

Sunderland travel to Old Trafford with some belief after beating the champions at home, and they will be buoyed after watching the exploits of the likes of West Brom, Newcastle, Everton, Tottenham and Swansea – who have left Manchester with victory this term.

The Teeside outfit has been markedly improved since the appointment of Gus Poyet, with more positive showings in the league and reason to suggest that Premier League survival is a real possibility.

United have the stronger contingent on paper, but are badly missing key attacking duo Wayne Rooney and Robin van Persie. In their absence, continued expectation on Adnan Januzaj’s shoulders remains.

Moyes is likely to pick as strong a team as he can for the game, and the United fans will accept nothing short of progression to the final in what is certain to be a tense atmosphere at Old Trafford.