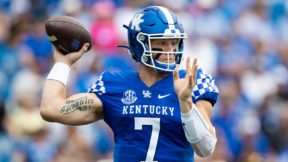 The Kentucky Wildcats were victorious over the Florida Gators on Saturday evening in a top-25 matchup at The Swamp. Afterwards, the Wildcats and Kentucky quarterback, Will Levis celebrated by chowing down on some gator and telling Instagram all about it.

Mr. Personality and his weird snacks

As well as being the starting quarterback for the 2-0 Kentucky Wildcats, Will Levis is becoming a social media sensation. Last year, he went viral for drinking his coffee with mayonnaise on TikTok. Two things that I am not a fan of, but the thought of mixing them together is surely enough to make the biggest fan of either dry heave.

In another clip from his TikTok from July this year, Levis is seen eating a banana with the skin on. His video is titled ‘I don’t fear the brown spots on bananas. They fear me. #menacetosociety‘. The video is a little disturbing for those with weak stomachs, but you can also see that Levis is a little bit of a comic.

I don’t fear the brown spots on bananas. They fear me. #menacetosociety

At the end of the game on Saturday, Levis was shown on TV pointing at what was likely a Gator fan(s) in the crowd and waving ‘goodbye’ to them after the Wildcats won.

Will Levis waves goodbye to Florida fans after the Kentucky win. pic.twitter.com/rKMZoFHNXq

It should come as no surprise to anybody that to celebrate a victory over Florida, Levis would take to social media to troll a bit more. It also shouldn’t be a surprise that some sort of food or drink would be involved.

After what was a hard-fought win, the Kentucky team’s celebration dinner was of course…an alligator. Given that the fans seem to have annoyed Levis, he likely felt it only right that he hit back with a picture of it on Instagram. 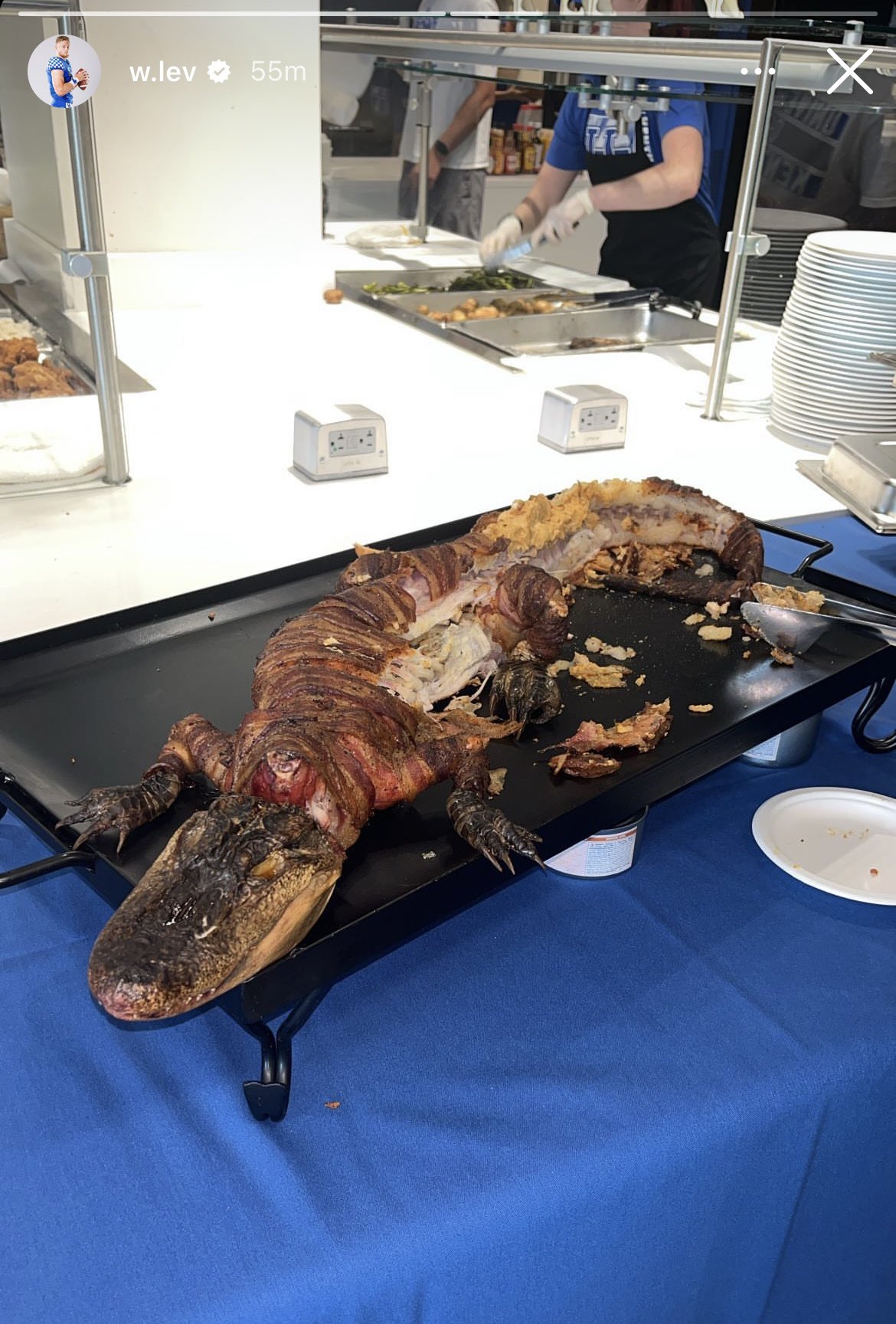 His picture shows an half-eaten, possibly bacon wrapperd gator in what appears to be a canteen. It sure looks as though the hogs up-front and the rest of the Wildcats feasted on gator twice that weekend.