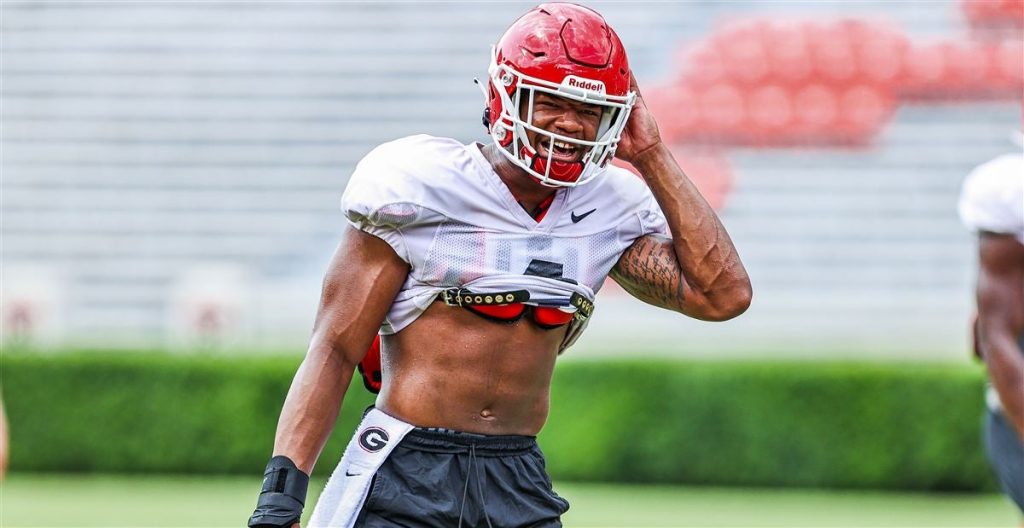 Saturday sees the number one ranked Georgia Bulldogs play number two ranked Tennessee in the biggest game in college football this year. Unfortunately for Georgia, they could be missing a huge piece of their defense against the Volunteers. Edge rusher Nolan Smith exited in the first half of the UGA win over Florida and did not return. His participation against the Vols this Saturday seems doubtful.

It will be without doubt the biggest college football game of the year on Saturday. Unfortunately for Georgia, they will likely be entering it with one of their key defensive pieces missing.

Linebacker Nolan Smith exited in the Bulldogs’ victory over Florida in the first half and did not return. Smith leads UGA in hurries this season with 12, he has five QB hits and two sacks. According to Pro Football Focus, he is the the top rated front seven defender on the team.

Coach Kirby Smart initially thought that Smith had dislocated a shoulder, but that does not seem to be the case. However, his status for Saturday is still doubtful.

“His availability has not been determined,” Smart said. “It does not look good for availability this week. It’s a pec muscle, so it’s one of those deals where we’ll do an MRI on. We’re still getting some opinions on it, but he’s probably doubtful for this week.”

He will be a big miss as the Bulldogs take on their toughest challenge yet, quarterback Hendon Hooker and the Tennessee Volunteers. Hooker is currently the front runner for the Heisman Trophy and Tennessee is ranked second in the nation behind Georgia.

Georgia will have defensive tackle Jalen Carter back for the game. He started against Florida after missing a couple of games, and that should help generate some rush. Chaz Chambliss is expected to slot in for Nolan Smith.

Kirby Smart took to Twitter on Sunday to tell ‘Dawg Nation’ they need to help roar their team to the win on Saturday. “Saturday we need Dawg Nation to affect the game,” Smart said. “If you can talk when you leave, you didn’t yell enough!!”

Saturday we need Dawg Nation to affect the game !! If you can talk when you leave, you didn’t yell enough !!

Georgia takes on Tennessee at 3:30 pm EST. The game is live on CBS.