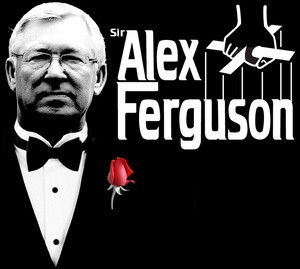 This summer saw the disastrous inevitability that all United fans feared, the retirement of the Godfather of football, Sir Alex. Although many has dissected what makes him such a fine manager, few have had the access and prior knowledge of Harvard Business Professors, who have recently complied and released an in-depth report about what made him the Don Corleone of modern football.

Professor Anita Elberse and colleague Tom Dye have spent an extensive amount of time with Ferguson whilst being given almost unrestricted access into the club. Since then, Ferguson has flown to Harvard for a Q&A session that had to be standing only, such was the demand to hear Sir Alex.

As soon as he was appointed in 1986, Ferguson put plans in place to establish two centres of excellence. These would carry out the long term ideal of a conveyer belt, consisting of talented young players to build future teams around. His decision disagreed vehemently with Hansen’s theory around the time that “you can’t win anything with kids”.

Crucially, Sir Alex constantly reiterates in the report the difference between building a team and building a club. Years later the youth factory churned out a class that included Beckham, Scholes, Butt and Neville G and P.

From growing up together, they all knew one another inside out, which according to Ferguson, “produces a bond that, in turn, creates team spirit”.

With many expectant and wealthy foreign owners demanding short term success and solutions in the Premier League these days, it is hard to believe that a board would have had the patience of Manchester United’s in the late 80’s.

After all it took Ferguson a fair few years to reap the rewards of his plan, with Mark Robins’ late goal on the 7th January 1990 allegedly saving his job even after the club finished 13th that year.

Professor Schaar, a political theorist, once said “The future is not some place we are going to but one we are creating. The paths to it are not found but made”. Ferguson claimed a successful team had a life cycle of “4 years” before a fresh outlook is needed. He needed to “visualise 3 or 4 years ahead and make decisions accordingly”.

Evidence supports this. Whilst United have generally under spent compared to other EPL heavyweights, they consistently spend a higher proportion of their kitty on players under 25 than anyone else.

If you had to define the culture of Man United in one word it would be of “winning”. The fact that most people would irrefutably agree with this would be music to Ferguson’s ears and demonstrates how he has upheld his high standards for 25 years.

The “winning” culture was based on never giving in. Ferguson said “If you give in once, you’ll give in twice”. Gradually this built expectations that, 25 years later, have yet to be lowered.

Leading by example is a cliché, but is not to be over-estimated. He came in at 7am everyday and believes his work ethic lead to a “if he can do it, I can do it” attitude. He encouraged his top players to live by the same clichéd mantra and expected them to work even harder.

“You can’t ever lose control – not dealing with thirty millionaires. And if anyone steps out of control, that’s them dead”. You could be forgiven for thinking this is an extension of my Godfather metaphor, however this is from the Scot himself.

Although performing badly in training probably won’t lead to a dead horse’s head in your £20m home, there are lots of examples of Ferguson’s uncompromising style. Van Nistelrooy and Keane are just two examples of how, once top players had questionable attitudes, Ferguson was not afraid to expel them, and quickly.

Someone once told me that when signing a youth contract for United, Ferguson turned up at the door to discuss the contract with the player and his parents. Why would he bother?

It was because he knew these players were the future. These kinds of actions are a personal touch that are unforgettable to the player in question and lead to a lifelong respect for the manager.

Surprisingly, given the reputation of the “hair-dryer”, Ferguson believes players react better to encouragement than criticism. “Well done” is described by him as the best phrase around and that there is no need for superlatives. This is similar to the technique used by the great Brian Clough, where the players would try everything to get an understated thumb up from Cloughie on the touchline.

There is no mention of Fergie time but there is the revelation that Ferguson used to constantly drill his players to score late goals. He used to set them up in training scenarios where they must score quickly.

He was also prepared to lose to win, a trait crucial in football if you want to rack up a title challenging points tally.  All this preparation paid off in the Champions League in 1999 where United scored twice in the last few minutes to come from behind to win the treble.

At the beginning of his career at Aberdeen his assistant manager sat him down and said “I don’t do anything. I’m here to assist you with the training and with picking the team. That’s the job.”

Ferguson reluctantly agreed and took a step back from training and observed instead, calling it “the best thing he ever did”. As an observer he could monitor players better, sometimes knowing a player was injured when the player himself thought he was fine.

Don’t worry; Ferguson’s life isn’t going to be adapted into a film – at least not yet anyway. However the way Ferguson has adapted to a game that has changed immeasurably in 25 years is admirable. David Gill says Ferguson has “demonstrated a tremendous capacity to adapt as the game has changed”.

He was the first to pioneer; rotating at least 4 strikers in a squad, having multiple backroom staff and sports scientists, vitamin D booths in dressing rooms, GPS vests for performance monitoring in training and many more.

With Ferguson’s autobiography coming out this month, there promises to be many more revelations into his management techniques and individual events that occurred under his tenure. Now he is no longer manager, he can afford to pull no punches and I am sure there will be much outcry at his recollection of events.

After a distinctly average start it will be interesting to see if Moyes the successor will start acting like Ferguson. After all, in the Godfather, the successor Michael enters with his own ideas but eventually surrenders to the techniques of his predecessor. 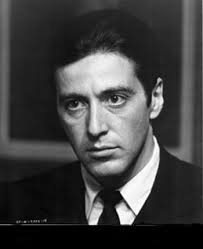 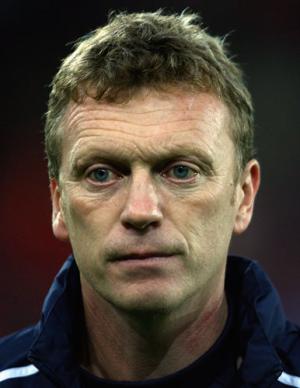 If only Moyes would have made Fabregas an offer he couldn’t refuse….