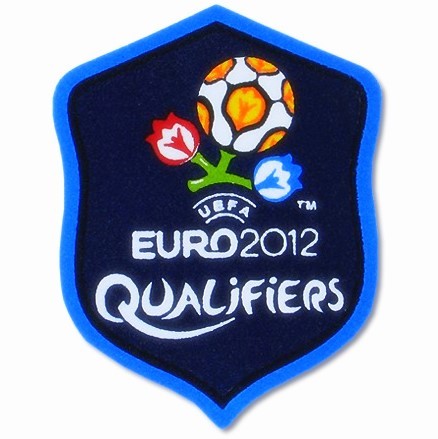 The likes of Spain, Germany, the Netherlands, Italy, and England have all booked their places in Euro 2012 already, but four tickets to the festivities in Poland and Ukraine still have yet to be punched.

That will be taken care of in the next week, with eight teams who finished second-best in their respective groups look to play their way in through the two-legged qualifying playoffs. There will no doubt be a great deal of online betting on all of the action, but there’s plenty to look forward to whether you’re a supporter of one of the teams involved or a neutral.

Considering how close both of these teams came to qualifying for the tournament automatically and how tight this tie could be, one can only imagine the level of disappointment there will be for the team who comes out on the short end.

If it’s Bosnia, they’ll be left to ponder another playoff defeat against Portugal after having fallen to them 2-0 on aggregate in the 2010 World Cup playoffs. They also might rue a slow-ish start to qualifying, as they picked up only seven points from their first five matches before they went on a run of four wins in a row to keep their automatic qualification hopes alive going into their finale against France at the Stade de France. The biggest sting, however, might be from being unable to hold a late lead in that match, as they allowed France to equalize on a late Samir Nasri penalty and earn a 1-1 draw, which saw Les Bleus claim Group D by a single point.

If it’s Portugal, they’ll be kicking themselves for two early stumbles, a 4-4 home draw against Cyprus, in which they allowed an 89th-minute equalizer to a side who went on to pick up only one more point in qualifying, and a 1-0 defeat to Norway in Oslo. And they, like Bosnia, didn’t get the required result in their Group H finale, as they went down 2-1 in Copenhagen in Denmark, who claimed a surprising group win.

Portugal have the edge in talent, with world-class stars in Cristiano Ronaldo and Nani leading the way. And Paulo Bento’s side also gets a significant boost with the return of Real Madrid defensive duo Fabio Coentrao and Pepe, who both missed the final two qualifiers, including that defeat to Denmark.

However, the fact that they lost both of their toughest away matches in qualifying is a real concern, as Bosnia won’t be easy to break down in the first leg on home soil. And while Portugal have superior quality and quality depth, Bosnia aren’t lacking. Manchester City man Edin Dzeko is in fantastic form, Miralem Pjanic has assists in each of his last four matches for Roma, and Hoffenheim duo Vedad Ibisevic and Sejad Salihovic are both fit again after missing extensive time this season through injury.

Neither the Czech Republic nor Montenegro were particularly impressive in qualifying, but mediocre as their qualifying runs might have been, one of them will be celebrating a place in Euro 2012 next week.

Montenegro, who finished second behind England in Group G, benefited from a fast start. They won each of their first three qualifiers, and after recording an impressive away draw against England, were already on 10 points halfway through qualifying. They would only pick up two more points in their final four qualifiers, but a come-from-behind 2-2 draw against England in their penultimate qualifier proved to be enough, as they edged out disappointing Switzerland by a point.

Group I was never in doubt, with European and world champions Spain rolling to a perfect 8-0-0 record, but the battle for second between the Czech Republic and Scotland went down to the final round of matches. The Czechs were up and down during qualifying, but they would finish two points ahead of Scotland, thanks to a 4-1 away romp in Lithuania in their finale.

Ultimately though, the real difference might have been a highly controversial 2-2 draw in Glasgow in September. In that match, the Czechs scored two late equalizers, the latter from the spot late in stoppage time after being awarded a penalty for what appeared to be (read: definitely was) a dive by Jan Rezek. That controversial penalty call in their favor was followed by a controversial penalty no-call that also went in their favor, when Scotland’s Christophe Berra went down in the box after a challenge by Roman Hubnik only to be booked for a dive.

But undeserved as some might consider it, it looks likely that the Czech Republic will be spending June in Poland and Ukraine. While this current side lacks the quality of some of its more highly-rated predecessors, they have the advantage over Montenegro in talent and experience.

There is, however, a big question mark about keeper Petr Cech, who might miss Friday’s first leg in Prague after suffering a broken nose in Chelsea’s weekend win at Blackburn. Montenegro aren’t a particularly frightening team in attack, having scored only seven goals in qualifying, but Cech is undoubtedly one of the best keepers in the world, and his presence is a definite plus for the Czech Republic’s hopes.

He’s having a special mask created that could allow him to take part, but if he isn’t able to go, Hamburg keeper Jaroslav Drobny will get the starting nod.

Cech’s fitness could be a decisive factor in this matchup, as we likely won’t see too many goals over the two matches. Montenegro allowed only one goal in their first five qualifiers and seven total in eight matches, while the Czech Republic allowed only eight goals in eight matches, with six of those coming in three matches (the two against Scotland in Glasgow and four in their two matches against Spain).

Ireland haven’t been to the European Championship since 1988, when they were eliminated in the group stage in their only appearance in the competition proper to date. They’ll be heavily favored to end that drought against Estonia, who are completely unfamiliar with being in this position, but you can be sure Ireland won‘t overlook the former minnows.

We’re accustomed to seeing Estonia near the bottom of the standings in any qualifying tournament, and it looked like their Euro 2012 qualifying campaign would end the same way after a 2-0 away defeat against super-minnows Faroe Islands in June left them on seven points with three matches remaining. Going into the September round of qualifiers, Estonia were fifth in Group C behind Italy, Slovenia, Northern Ireland, and Serbia.

A late 2-1 win in Slovenia ignited hope, and they then finished with two October wins against Northern Ireland, the latter a 2-1 win in Belfast that saw Estonia score two late goals to overturn a 1-0 deficit. Those three straight wins, combined with all the right results elsewhere, saw Estonia edge out Serbia by a point after Serbia lost in Slovenia in their finale.

But can they go one step further? Anything can happen, especially since Ireland, who finished two points behind Russia in Group B, are dealing with several selection issues. Shane Long and Liam Lawrence are missing from the squad due to injury, while John O’Shea (injury), Kevin Doyle (suspended), and Leon Best (child’s birth) will miss the first leg in Tallinn, and Shay Given, Richard Dunne, and Keith Fahey are both dealing with minor injuries.

Estonia also won three of their five away matches in qualifying, including an impressive 3-1 win over Serbia. And though they don’t have any stars (though midfielder Konstantin Vassiljev, who scored five goals in qualifying, is a real threat), they are a resilient bunch, with four of their qualifying wins (and their lone draw) coming by virtue of goals inside the final 20 minutes.

Still, you have to favor Ireland, who won’t be easy to break down defensively. They notched five clean sheets and allowed only seven goals in qualifying, with a 3-2 defeat to Russia in Dublin being the only match in which they allowed multiple goals. And in attack, Robbie Keane is fit again after an adductor injury suffered last month against Andorra sidelined him for a few weeks, and Doyle will be back for the second leg in Dublin.

After a solid qualifying campaign, Croatia should feel confident going into their showdown with Turkey, who had a far bumpier path to the playoffs.

Croatia missed out on top spot in Group E, finishing two points behind Greece, with head-to-head results against Greece being their undoing. But they won seven of their ten qualifiers, and they were relatively tight at the back, allowing only seven goals.

Turkey edged out Belgium to finish a distant second behind Germany in Group A, and they only secured their place in the playoffs in their last qualifier, with a harder-than-expected 1-0 win over Azerbaijan in Istanbul, combined with Belgium‘s 3-1 defeat in Germany, sending Turkey through.

They notched only one away win in qualifying, that being a 3-0 win against eventual last-place finisher Kazakhstan in their group opener. There were also their struggles against Azerbaijan, as they scraped through on home soil and lost 1-0 in Baku, and they needed a late, late, late – and fortuitous – Arda Turan goal to beat Kazakhstan in Istanbul in September.

Turkey will be without Real Madrid midfielder Nuri Sahin, who only made his return from a long-term injury layoff on Sunday, and he’ll certainly be missed. So, they’ll need Turan to be at his best to optimize their chances of success.

Croatia would fancy their own chances even if Sahin was available for Turkey, as Luka Modric is refocused and back at his best, and strikers Mario Mandzukic and Nikica Jelavic are both in excellent form at the moment. There also might be some added motivation for Croatia, who will be keen to replace the bitter memory of their heartbreaking Euro 2008 quarterfinal defeat to Turkey with a much, much happier one.