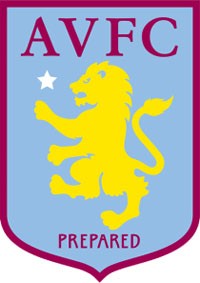 English club Aston Villa gets their sports-goods manufactured by Nike. The club has officially revealed their home 2011/2012 kits in May.

Recently, a new leaked image of the club’s away shirt has surfaced on the internet.

Home
The home shirt will have a checkered pattern across the front in two shades of the traditional claret. The collar, shoulders and sleeves will be blue.

The manufacturer logo, club emblem and the sponsor logo are white. Players will have white shorts to go with the shirts.

Away
The leaked away shirt follows the same checkered pattern of the home shirt. The away colors are chosen to be gray and claret.

The checkered pattern of the shirt is in two shades of gray and spread onto the shoulders and the sleeves as well.

The collar, however, is claret.