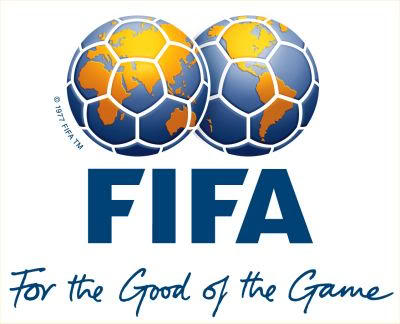 Over the past month, the United States Department of Justice has dramatically cracked down on corruption that has plagued FIFA, the international governing body of soccer, since the 1970s. In an early morning raid at a luxury hotel, Swiss police arrested sports executives attending the annual FIFA Congress, just days before the organization’s elections were to be held at its headquarters in Zurich. With American officials flipping former FIFA executives such as Chuck Blazer, it seems clear that FIFA’s house of cards will inevitably fall apart.

Beyond the scope of the arrests, what has developed since this legal action is only more of the same in FIFA’s typical circus act. The war of words between comedian John Oliver and former FIFA executive Jack Warner taking place over purchased airtime on Trinidadian television, the timely theatrical release of United Passions — a film on the history of FIFA described by the Guardian as “cinematic excrement” — and the resignation of FIFA president Sepp Blatter four days after winning his re-election has provided entertainment value for the public, and hope for soccer fans who want to see “the beautiful game” change for the better. Yet, one has to wonder why it has taken the legal action of a nation generally viewed as apathetic to soccer to bring much-needed justice to the world’s most popular sport.

Some speculate that the Americans are simply seeking revenge against FIFA for a failed World Cup 2022 bid, but it is most likely that the FIFA scandal is just another episode of foreign intervention. Politics and sports often go hand in hand, and this most recent unfolding of corruption in international soccer is undoubtedly characterized by the geopolitics of today. The Europeans and the South Americans, home to the giants of soccer, have applauded these legal developments, while officials in Africa, Asia and the Caribbean, as well as Russian prime minister Vladimir Putin, have accused the United States of imperialism and colonial subjugation. The takedown of Sepp Blatter, according to James Kirchick of the Foreign Policy Initiative, is not so different from the cases of “the tin-pot dictators America overthrows every decade or so.” Though his attempted analogy borders on the extreme, perhaps he has a point.

Building upon Kirchick’s analogy of foreign interventions, the rapid arrests and indictments of FIFA vice-presidents in Zurich could be likened to the rapid initial progress made by American military forces in ground invasions of Iraq and Afghanistan that have already happened this century. In each of these three cases, the United States acted as the world’s policeman, arbitrating justice far from its borders and fighting organizations obscure to the average American. Yet this heavy-handed approach to foreign policy, over a decade later, has not solved the problems of Iraq and Afghanistan. Nor will it solve the problems of FIFA.

Beyond the comical ineptitude of sports executives and the geopolitics of the FIFA scandal, it is easy to forget what is at stake when reforming this organization. The bribery and corruption of FIFA carries significant implications for the human rights issues of migrant workers in Qatar, and the sovereignty of national laws in World Cup-hosting nations. Yet more fundamentally, soccer extends its reach into virtually every corner of the globe, and has provided a platform for profound social change. Across the world, soccer has helped end civil wars, built communities, contributed to the fight against HIV/AIDS, and promoted girl’s education. Every four years, soccer literally brings billions of people together, and it deserves better governance — free of petty corruption.

The United States often engages in these foreign interventions with the promise of stability and democracy, and perhaps the FIFA scandal is an opportunity to deliver on that promise. Corruption within FIFA, according to the Department of Justice, is “rampant, systemic, and deep-rooted,” but it is also culturally and historically complex. Before the sports executives from Africa, Asia and the Caribbean benefitted from the bribery and kickbacks endorsed by Sepp Blatter and his predecessor, European leaders had monopolized power over international soccer for nearly 50 years. Simply shifting this balance of power would only continue to perpetuate the corruption within FIFA, exacerbated by the billions of dollars flowing in from corporate sponsorships and television rights for its tournaments.

In U.S. foreign policy, it is here, in understanding the culturally and historically complex, where America has traditionally failed in finding democratic and politically stabilizing solutions in the aftermath of its interventions. Before soccer fans commend its leadership in taking the first steps towards toppling FIFA’s house of cards, America needs to overcome these barriers that have prevented progress in past foreign interventions. As it serves justice, America now faces an obligation to construct a culturally competent organization — one that fairly governs international soccer for the greater good. Or else these arrests will soon become meaningless, and FIFA will fall back into its old habits.