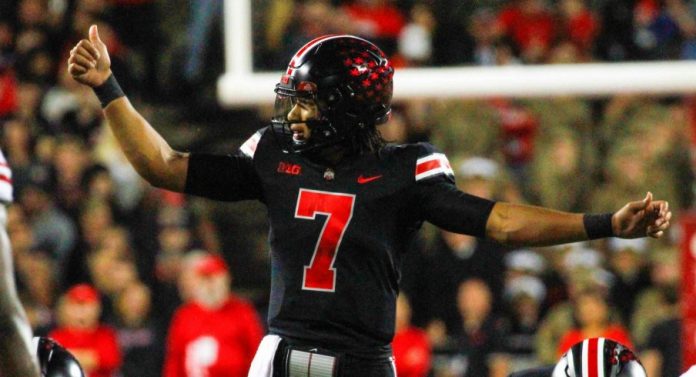 With the regular season all over, the conferences are busy handing out their end of season honors. In the Big Ten, a conference dominated by Ohio State and Michigan, it should be no surprise that a lot of the big winners came from those schools. CJ Stroud, Blake Corum, and Jim Harbaugh were all among the winners on Wednesday. Read on for a complete list of Big Ten trophy winners after a fabulous season of college football.

CJ Stroud’s season was fantastic from a statistical point of view. He led the country with a QB Rating of 176.2 and it was enough to see him win the Big Ten Offensive Player of the Year award. He threw for 3,340 yards and 37 touchdowns on the year. It remains to be seen if it’s quite enough to get the Buckeyes into the CFP, but regardless it’s a magnificent individual season for one of the NCAAF’s preseason favorites for the Heisman with sportsbooks.

Iowa’s senior linebacker Jack Campbell took home the Big Ten Defensive Player of the Year trophy. Campbell made an astonishing 118 tackles in just games this season. Additionally, Campbell forced one fumble, recovered a fumble and had two picks on the season.

Nicholas Singleton has had an incredible year for the Nittany Lions this year. He has 11 total touchdowns and fell just short of 1,000 yards going at a clip of 6.3 yards per carry. Penn State have their running back for the next couple of years if Singleton stays in school.

Singleton finished the year with 941 rushing yards and 10 touchdowns.

There were no surprises in the Coach of the Year category as Michigan Wolverines head coach Jim Harbaugh took home the silverware. Harbaugh has guided Michigan to a 12-0 season and is ranked number-two in the country heading into the College Football Playoff.

This is hilarious. A video montage of Jim Harbaugh ducking out on post-game interviews all season long.

His last regular season game against Ohio State, with the eyes of NCAA football watching, was his shining moment. Michigan ran out 45-23 winners without arguably their best offensive weapon, running back Blake Corum.

Players of the Year By Postion