Football superstars save football in Nike’s ‘The Last Game’

With people apparently not excited enough about the impending World Cup Finals (not), the guys at Nike have taken it upon themselves to release a superb short film, with a host of the world’s greatest players re-imagined in glorious computer animation. 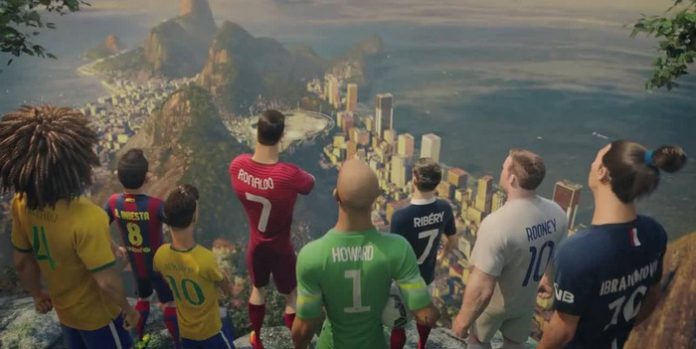 With a style that evokes memories of Pixar classics, with ‘The Incredibles’ in particular, the likes of Cristiano Ronaldo, Neymar and David Luiz bandy together to save the sport from the clutches of an evil megalomaniac hell bent on making football a ‘perfected science’, sucking the life out of the beautiful game with his grey, dull clone footballers.

Well, thanks to the efforts of Brazilian legend, (the real) Ronaldo, the previously unemployed football superstars unite to face off against the army of gloom in an epic first goal wins match. Guess who wins?

‘There’s no greater danger than playing it safe’ – Inspired!

Check out the video below, and let me know what you think in the comments below:

Germans ‘bank’ on England to triumph in South America

Germany’s biggest bank, ‘Deutsche Bank’, has found that, using a computer model formulated by a foreign exchange analyst, Roy Hodgson’s England can beat the odds in Brazil and emerge victorious from the world’s greatest footballing event. 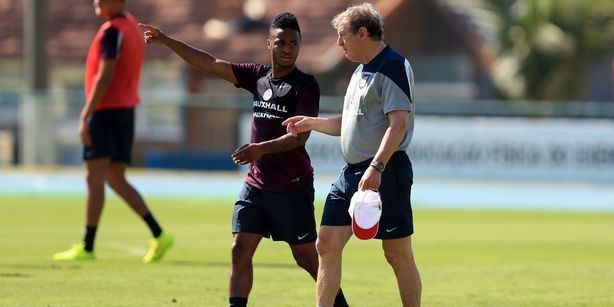 “England are among the best teams according to our static model,” the research stated. “The history of World Cup winning runs suggest that England is among the teams that could win this World Cup.

“Within this group of teams, England is the only one that has won a World Cup and not reached another final. And the last time England had so many Liverpool players in the team, it won. Therefore, we are confident that England will win this World Cup.”

England had their first training session at the Urca military training base this week and are confident of making an impact at the tournament, but they are not considered one of the favourites, something the bizarre German report then points out,

“Our models point to Brazil having most chance of winning followed by Germany, Spain, and France. But to leave it at that would be boring and too conventional. So we introduce what some would call our bias but we like to think of as a discretionary overlay.”

Fun and imaginative from the Germans then; not particular buzz-words when summing them up as a footballing nation in terms of history, but as they said, ‘boring and unconventional’ is out the window!

Luis Suarez hoping for Liverpool reunion against England, but is not counting his chickens

Uruguay striker Luis Suarez is refusing to jinx his chances of facing his Liverpool teammates against England later this month, with the 27-year-old gradually recovering from surgery on his knee on May 22nd. 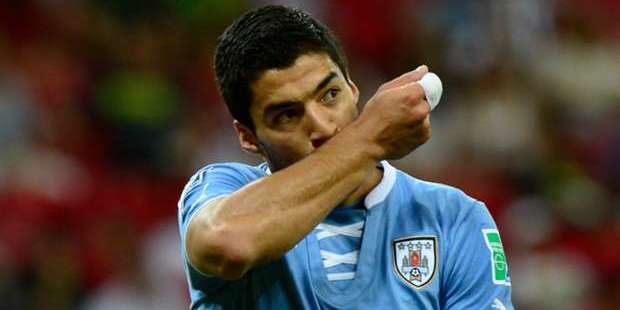 Suarez injured his knee during training last month but, despite his positive recovery so far, is not confirming his availability for the showdown with England on June 19th.

“I saw reports saying that I had told the Liverpool players I would make it for the game against England, for sure,” Suarez told The Guardian (via the Telegraph),

“But I didn’t say that. The day of the operation I exchanged messages with Stevie [Gerrard] and Glen [Johnson]. They said: ‘Hope to see you in Brazil.’ And I said: ‘Yeah, see you there.’ That’s not exactly the same thing. I never said I’d definitely be there.
“I’ve already told Gerrard that we’ll swap shirts. And Glen will ask for my shirt, I’m sure. Maybe Daniel [Sturridge] and Raheem [Sterling] will as well. I’ll take a few with me.”

Judging by this, it would take something quite extraordinary to stop Suarez taking to the field against his Liverpool colleagues! He’ll want to make sure he arrives back at Anflield next season as World Cup top dog in the camp!