Finally! Evidence that homosexuality is rampant in football! David James is going to be so proud of me…

But first, some real news (you can scroll down for the dirty stuff if you can’t hold it, you sick perv).

Where are the gay Premiership footballers?

David James asked that question last week, and boy, was he right. It took a week, but I finally put together evidence that completely supports David James’ claims (that 1 footballer in 10 must be gay). I’ve identified three clubs as part of my initial ‘sting’ operation – Charlton Athletic, Tottenham Hotspur and Manchester City. 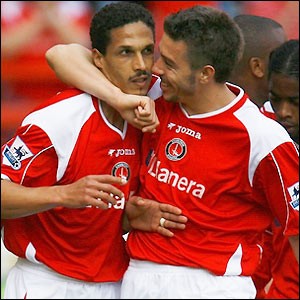 Not in public! Well, ok, maybe just a little bit… 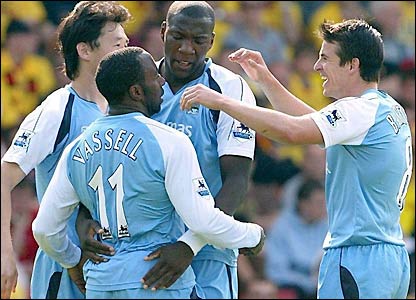 I’ve got you now brother…. 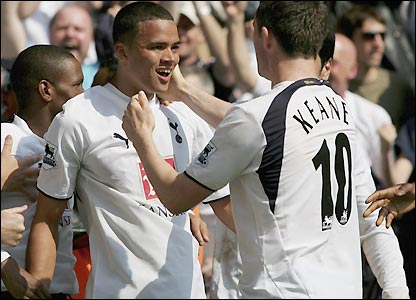 David James, what do you think?

If you enjoyed the article, please help promote it by digging it. Thanks!

Update: Here’s another pic I found, this time of United players. Oh well 🙂 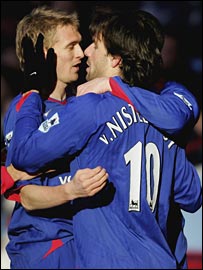 If you enjoyed this article, please help promote it by digging it.

Disclaimer: talk of certain players being ‘gay’ is made in jest after looking at the goal celebration images from the 21-22 April 2007 weekend. The author nor Soccerlens consider the players involved to be gay, but do believe that it is important that we should have some once in a while. Your mileage of ‘fun’ may vary, and if this offends you, well, we have achieved one objective, even if it’s not the intended objective.