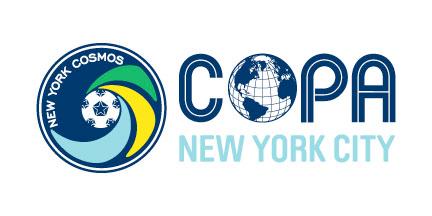 The annual Cosmos Copa is once again on the horizon with 16 ebullient teams gunning for glory. In what will be its third consecutive year, the tournament is one of the most prominent amateur adult soccer tournaments in the United States. Situated in one of the world’s great cosmopolitan meccas, Cosmos Copa was created to bring New Yorkers together to enjoy the city’s rich cultural diversity through the spectacle of soccer.

Run by America’s legendary soccer franchise the New York Cosmos, this unique concept cosists of community based ‘national teams’ whose players play for their respected nationality, heritage and culture in a FIFA World Cup-esque tournament.  The 16 teams vying it out to be ‘Cosmos Copa City Champions’ are:

A qualification process that involved 22 teams battled it out at the beginning of the month for eight remaining spots – with the other eight having already qualified based on their performance and participation last year.

The final tournament will kick-off on the weekend commencing July 9th up until the 24th of the same month.

Reigning champions Poland will be hoping to win a consecutive title as 2009 champions Albania failed to make the grade this time around.

The opening weekend will consist of  the group stage fixtures. Starting at 8am and finishing at 8pm at Flushing Meadows Corona Park, Cosmos Copa will feature 24, 1-hour matches (2, 25-minute matches, 10-minute halftime) with each 2011 NYC Team playing 3 games in their group on fields 8-9 at the park. The top 2 teams from each group will advance to the quarter finals.

The qualifying teams will advance to the quarter-finals the following weekend and so forth up until the final two meet in the championship match on Sunday July 24th.

Additionally check out the latest goings on at New York Cosmos.