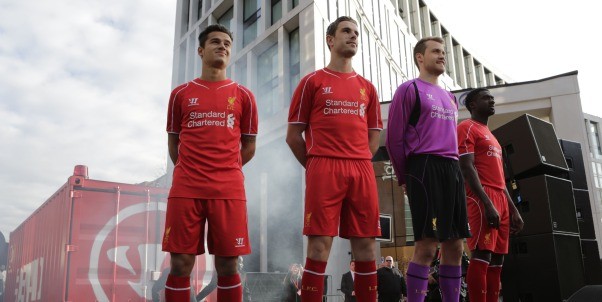 Premier League leaders Liverpool have revealed their new home kit for the 2014/15 season, with a host of star names present for the official unveiling in the city centre.

Kolo Toure, Simon Mignolet, Phillipe Coutinho and Jordan Henderson revealed the new 2014/15 kit in what was Liverpool and manufacturer Warrior’s very first live kit unveiling, with the players emerging from giant red containers placed at the Liverpool One shopping centre.

The kit is predictably bathed in red, with white lines shooting up and round the upper arm and neck area. Michigan-based kit makers ‘Warrior’ have incorporated their signature War-Tech fabric into the ensemble, with the moisture-wicking technology ensuring maximum comfort and little distraction.

The four-way stretch mesh paneling under the arms and across the back of the shirt aids ventilation and ensures temperature control in core heat areas. 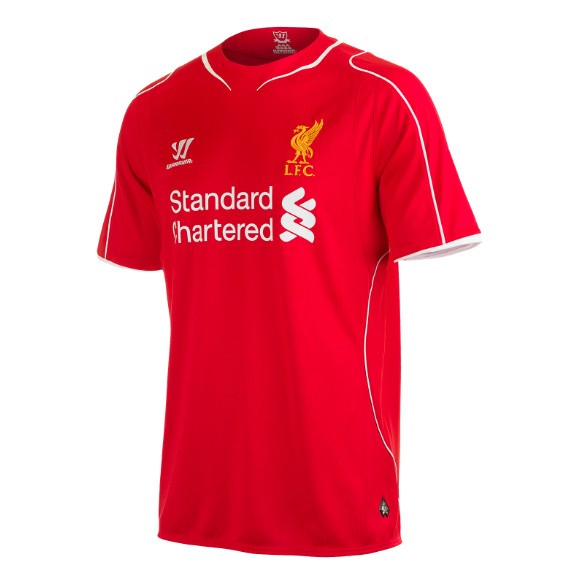 The new strip’s design takes inspiration from the Roger Hunt MBE era in the 1960’s where he was a major factor in the club’s success, including promotion to the First Division and the team’s very first FA Cup win.

Captain Steven Gerrard also highlighted the importance of feeling pride when playing for the club, “I have a great sense of pride every time I pull on a Liverpool shirt. This shirt feels like a Liverpool classic and helps me remember the greats, like Roger Hunt, who played before us” 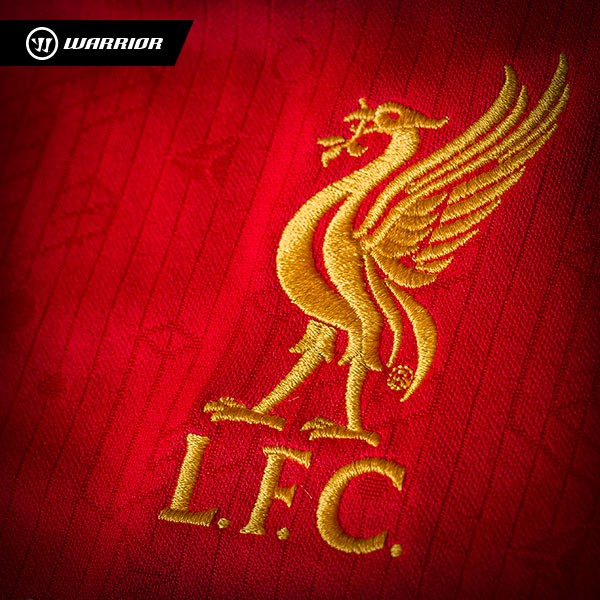 What do you think of Liverpool’s new home kit? Let us know in the comments below…