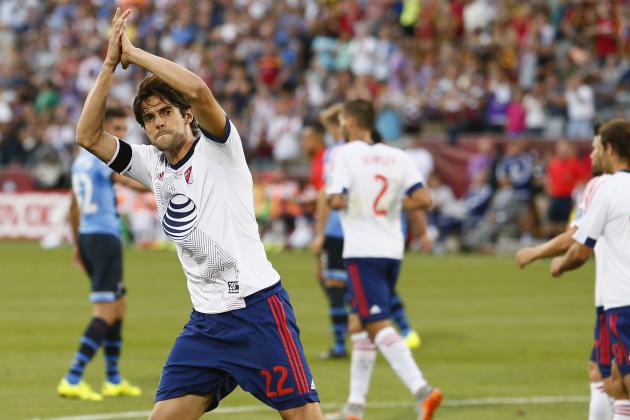 In 1996 MLS hosted the first ever MLS All-Star Game where the best players in the entire MLS played in an East vs West game. Since then, the MLS All-Star Game has grown to be a huge event for all soccer fans worldwide. They have switched from playing East vs West games to the entire MLS playing against clubs around the world. This past year was one of the biggest All-Star games as the MLS All-Stars faced Tottenham. The All-Stars had some of the world’s most talented with the likes of David Villa and Kaka. If this is such a successful idea to have an All-Star game then why don’t other leagues do this as well?

Just imagine watching the Premier League All-Stars with Aguero, Hazard, Fabregas, Sanchez and Rooney. Or the La Liga All-Stars with Ronaldo, Messi, Neymar, Suarez and James and the same team! The best part about this idea, is that the fans get to decide who they want to see playing. It wouldn’t be anyone else’s choice, besides who the fans want to see.

The money that these leagues and sponsors would make from these All-Star games would be incredible. What if there was a tournament where the La Liga, Premier League, Bundesliga, Serie A, Ligue 1, and MLS All-Star teams competed in? That would be so exciting, with the best players in the world representing their own league! It doesn’t have to be a competitive tournament. It could be a preseason friendly tournament, or a tournament for charity. This would be an amazing way to make loads of cash for charities around the world!

There are some cons to this idea as well. The All-Star teams would be less diverse in less competitive leagues. For example, in the Bundesliga, most of the players would most likely be Bayern Munich players, since Bayern win the Bundesliga almost every season. Of course it wouldn’t have to be that way, because it is the choice of the fans.

If you are interested in seeing what some of the All-Star teams would look like, I’ve created some possibilities: From the way these teams look, it would be a very exciting, star-studded event if this tournament ever happened.