Liverpool have unveiled their official Warrior training kit for the 2014/15 season, in partnership with award-winning airlines Garuda Indonesia. 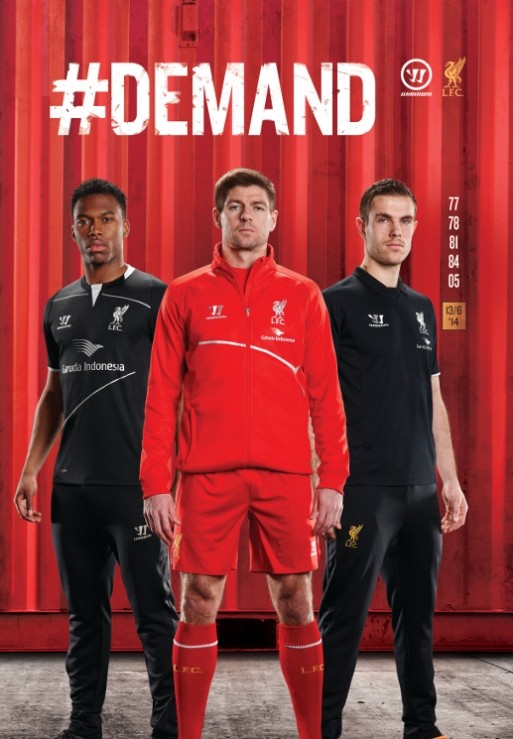 The Reds, who have made it back into the Champions League for next season, are looking forward to an action packed 2014/15 campaign, with Brendan Rodgers’ side able to fly with the big boys once again, and their training kit echoes this spirit, sporting the famous wings of the Indonesian airline.

Didi Hamann, who was present in Jakarta, Indonesia with fellow Liverpool heroes Luis Garcia and Phil Thompson, said at the unveiling: “Liverpool have been without Champions League football for five seasons until now. This is a very special moment for the club and fans.

“What makes today extra special is that Garuda are launching their first direct flight to Europe so myself and the other former players will be taking the European Cup on that special flight.”