Arsenal confirmed back in January that the club would be switching to kit makers Puma for the 2014/15 season, and interest has started to peak in the close season, with a number of images appearing to show the new Gunners kit making their way online.

Check out the latest ‘leaked’ images of the Arsenal 2014/15 Puma kit below:

A traditional yet wholly new creation (if the picture is real), Puma’s first Arsenal home kit has taken the red and white blend to new heights.

Bathed in red, the kit shows bold streaks of white cutting through the side panels, with the sleeves tailing off into the collar, giving the kit a decidedly modern look.

To exponentially back up the image, the below photo sees Gunners legend Theirry Henry wearing the piece, posing with current Arsenal players Olivier Giroud and Bacary Sagna – with this amazing photo leaked by former British sprinter Linford Christie. 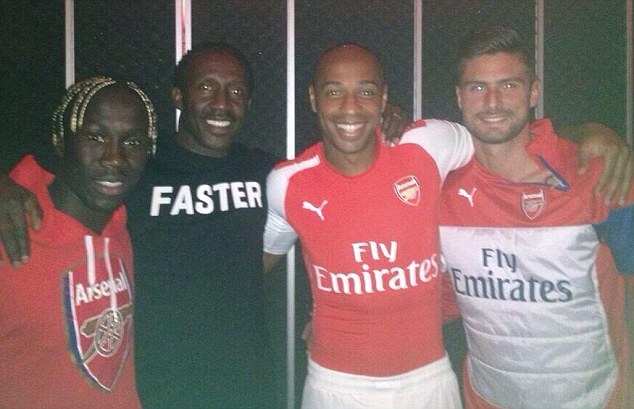 Certainly a step down in photo quality in comparison with the above home kit, this yellow kit is considered to be one of the frontrunners of the leaked away images.

If real, the new away kit sees the end of the collar (which was part of the 2013/14 kit), and also the button up front. While the blue remains from the previous incarnation, it seems to be a darker shade (although this could be an issue with the image quality).

What do you think? Are these real, and if so, do you like the look of them?