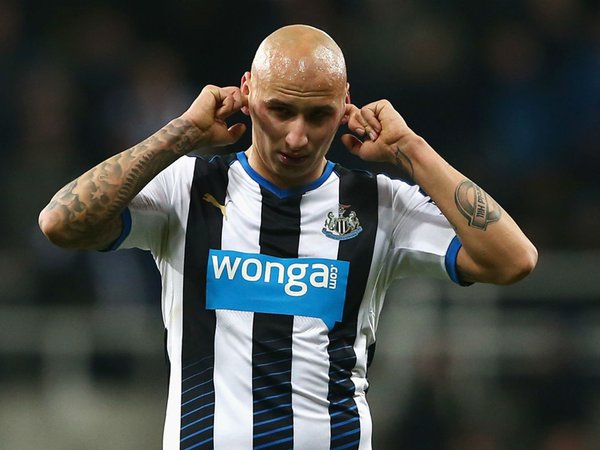 Jonjo Shelvey has been on the verge of becoming England’s next greatest midfielder for a few years now. At Liverpool, despite Brendan Rodgers and Steven Gerrard wanting him to stay, the player rightly decided to move on for he had to accelerate his career. Swansea appeared to be the perfect fit for the player but despite scoring some wonderful goals and putting on a few exquisite performances, he couldn’t quite be the key man Swansea hoped he would be. There was unprofessional conduct, bookings and suspensions, and general self-destructive behaviour. Early on in the season, there was a feeling that the player had finally come of age as he was putting on solid performances which also prompted Roy Hodgson to recall him to the England national team.

However, towards Monk’s last few games, as with Swansea’s dip in form, Shelvey’s personal form also took a major tumble. When the Swans were brilliant, Shelvey was hugely involved but in the last couple of months, he was poor on and supposedly and more crucially, off the field. Things did not change even when Curtis took over. It didn’t come as a major surprise then that Swansea decided to ship the player off.

Newcastle have paid an extravagant fee for a few players in the past. Remy Cabella and Florian Thauvin arrived for the same amount of money but have both failed spectacularly. Why Shelvey was a smarter decision was the “Premier League proven” tag that he has with him. While many have failed to make a transition in the same league, being accustomed to the style and needs of the English Premier League undoubtedly brings an advantage.

Newcastle made two midfield additions in the winter. Ligue 1 recruit Henri Saivet will provide solidity and energy in the heart of the pitch, and Shelvey will be able to utilise the space created in middle of the park to bring into service his biggest strength — passing. His clever distribution of the ball and vision is exactly what Newcastle have paid the big bucks for. In his first game against West Ham, Shelvey already demonstrated how useful he will be for his new side. While his contribution won’t be noted in the post match statistics, he was involved in both the goals and the second one is particularly worth mentioning. Shelvey whipped in a “Hollywood” crossfield pass over 60 yards from his own half to Janmaat who collected it well and found Newcastle’s key man Wijnaldum in the box.

It’s been one game so it would be unwise to make knee-jerk claims but Shelvey seems to be a perfect signing for the Magpies. He brings Premier League experience with him which McClaren is keen on. The manager also believes that more of a British core could benefit Newcastle, who are generally turning to France in every window. With the likes of Shane Ferguson and Mike Williamson set to leave, Shelvey’s signing also helps in keeping the home grown quota in check. Shelvey and Saivet could form a double-pivot in the midfield for the Magpies. Saivet is a very tidy and solid midfielder as he has shown in this season at Bordeaux and with Check Tiote expected to leave for Chinese side Shanghai Shenhua, there will be increased competition in Newcastle’s midfield. The newly signed duo also offers the Magpies some much needed versatility as they can play in a number of positions. However, both will obviously be most effective when used in the spots they have excelled in recently.

The biggest advantage with Shelvey is that he is only 23. For that age, he has plenty of experience and there is no doubting his immense talent. When he wants to, he can be the best player on the pitch. His tactical awareness, vision, passing and shooting can be quite deadly, as seen on multiple occasions. But where he really has to improve is consistency, concentration and discipline. His form has been patchy and erratic on many occasions. It seems as if he lacks motivation and unwillingness to do anything worthwhile when he is not in a mood, as witnessed last season at Anfield against Liverpool.

In summation, it seems like a great deal for all the parties. Newcastle have got a good player with plenty of potential and Swansea City have got £12m, a very good sum for a player who looked devoid of motivation. Jonjo Shelvey can have a long and fruitful career if he continues to play the way he has started at his new club; however, he needs to get rid of the immaturity that he sometimes shows in order to fulfil his massive potential.