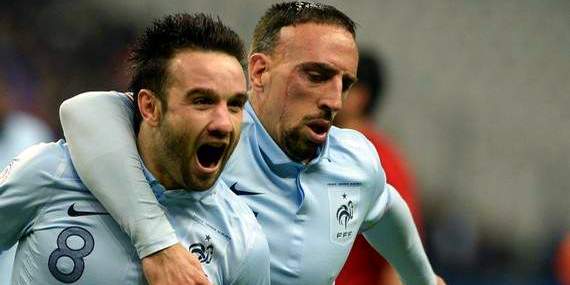 While many are talking about the importance of England’s trip to Montenegro on Tuesday night in their 2014 World Cup qualifier, the real crunch tie comes at Stade de France between France and Spain, two of Europe’s heavyweight sides. 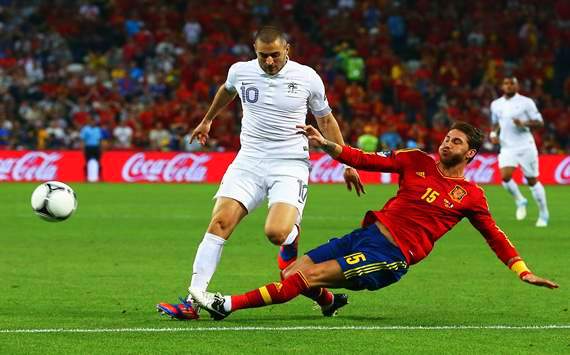 After the World and European champions’ surprise 1-1 draw at home to Finland on Friday night, they now find themselves two points adrift of Didier Deschamps’ side at the top of Group I with four games to play.

In what is always an intimidating ground to visit, Spain will have their work cut out in what is arguably a must-win game for the winners of the last three major tournaments.

With all due respect to the other sides in the group – Georgia, Belarus and Finland – you would expect both France and Spain to pick up maximum points from their remaining games, making their showdown virtually a one-game battle for automatic qualification for one of sport’s greatest events in Brazil next summer.

For the loser it will likely be a second place finish, resulting in a two-leg play-off against another runner-up from a European group. This, therefore, means that we could see a Spain vs England contest, with one facing the disastrous consequences of not even qualifying for the World Cup.

Surely Spain, arguably the greatest international side of all time, can’t fail to qualify, can they? 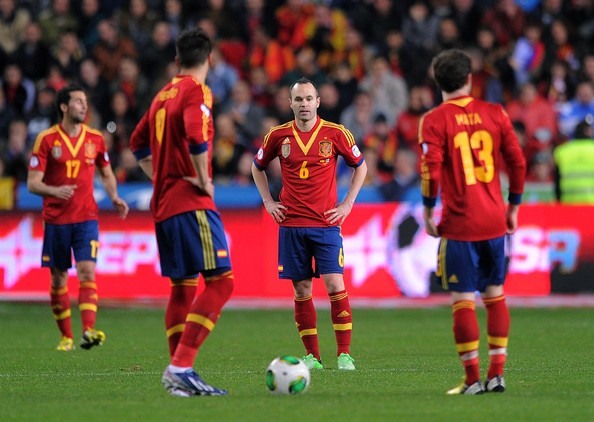 The truth of the matter is that cracks are starting to appear in the side, and although they are still better than anyone on their day they now look very beatable at times. France are building a strong side, and they will feel they have a great chance of a huge victory over Vicente Del Bosque’s array of world-class talent.

Iker Casillas’ injury is a big blow in goal, despite Victor Valdes’ obvious qualities, while the metronomic brilliance of Xavi may also be missing due to his current fitness issues. In attack David Villa still doesn’t look like the player he once was, while Pedro also appears to be struggling to hit the heights of previous years.

In fact, barring Andres Iniesta and Juan Mata, it could be argued that none of their attacking players are in top form, with David Silva, Cesc Fabgreas and the aforementioned Villa and Pedro all looking a little out of sorts by their very high standards.

France, meanwhile, are fresh off the back of a resounding 3-1 victory over Georgia, and look full of confidence at present. They have an excellent blend of youth and experience, with future stars Raphael Varane, Paul Pogba, Mamadou Sakho and Blaise Matuidi blending effectively with household names likes Franck Ribery, Mathieu Valbuena and Patrice Evra.

In terms of World Cup qualifiers this is up there with some of the most important in recent times, and while games like San Marino vs England highlight the flaws with the qualifying stages, games like Tuesday’s showcase international football at it’s best.

For the winner (or in France’s case a draw too) it will signal one step on the plane to Brazil, but for the loser it will mean nervy preparations for the lottery of a probable play-off later in the year. It should be a superb spectacle.