End of an era? No. Spain just need a world-class striker

“It’s the changing of the guard,” some may shout. “End of an era,” others will claim. While Brazil’s mauling of Spain in Sunday’s Confederations Cup final was a dark moment for Vicente del Bosque’s world and European Champions, to write them off is utter madness. 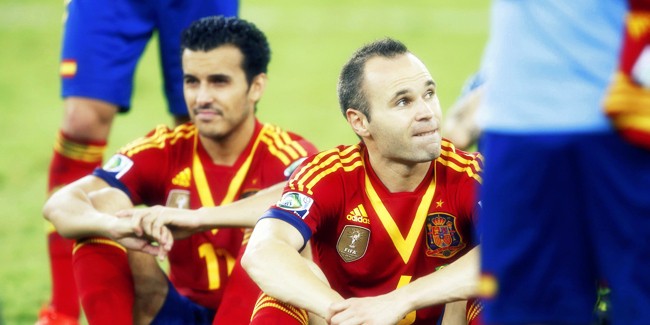 The Selecao‘s richly deserved 3-0 victory last night was similar to Bayern Munich’s destruction of Barcelona last season, with those sick of the Spanish era of dominance virtually ready to write them off before the game had even kicked off.

Brazil were outstanding on the night, and have certainly put down a marker ahead of next summer’s World Cup, which they host. Their pressing, threat on the counter attack and reliability at the back was terrific, and their win sets up football’s greatest tournament in 12 months perfectly.

That said, for all the brilliance of Neymar, lethal finishing of Fred and leadership of Thiago Silva, Spain are still the better side without a shadow of a doubt.

Iker Casillas remains one of the best goalkeepers on the planet, and has years ahead of him still; Gerard Pique and Sergio Ramos are both top, top defenders; Sergio Busquets, Xavi and the wonderful Andres Iniesta remain the best midfield unit in world football. It’s not exactly a team on its last legs is it?

The one area that is just starting to cost Spain dear is up front.

Fernando Torres and David Villa have been two of the best strikers in the world over the last decade, but both are now shadows of the players they once were. Torres won the Golden Boot award in the tournament, but that masks some poor displays that lacked the brilliance of years gone by.

He has lost a yard of pace, doesn’t appear to be enjoying his football anymore and has lost that ruthless edge in front of goal. He is only 29, but injuries and a complete loss of form have taken its toll on El Nino since he left Liverpool in 2011. He’s still a good player, but not the great player that Spain require.

Villa, meanwhile, doesn’t seem to have the supreme confidence he possessed in his absolute prime, which was arguably before he even joined Barcelona. Perhaps the fact he has been moved to a left sided role at Camp Nou to accommodate Lionel Messi has affected him, or maybe it’s simply a case of age getting the better of him.

A move on to pastures new in the summer could revitalise Spain’s all-time record goalscorer, who turns 32 in December. Like Torres he is still a very fine player, but is now far from the best striker in the business, which he used to be.

Other striking options, including Roberto Soldado, Fernando Llorente and Alvaro Negredo, are all very good players, but they do not signal the solution of Spain’s dilemma up front. If they had someone like Radamel Falcao, Robin van Persie or Luis Suarez in their ranks they would be unstoppable still.

If Spain were to suddenly unearth a hidden gem of a striker, things would look very rosy again for them. As mentioned earlier, the rest of the squad is brimming with world-class talent in abundance. In goal they are spoilt for choice, defensively they are invariably rock solid, while in midfield the quality and depth is absolutely frightening.

It’s just that one area where they could improve, and it is a vital area. Too many attacks have been falling apart when Torres gets involved, while Villa’s greediness and desperation to find some form has hindered some of Spain’s play.

When next summer rolls around there will be four sides realistically battling it out for World Cup glory: Brazil, Spain, Argentina and Germany. While many will start to write off del Bosque’s men after last night’s showing, they are still very much the side to beat in my opinion. 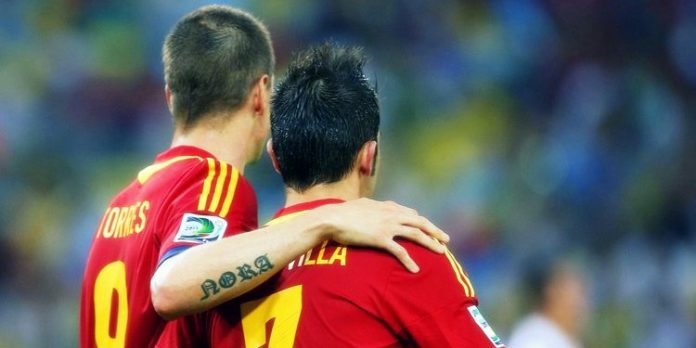 Write them off at your absolute peril.

Let me know on Twitter: @henryjackson87, or visit OnFootball’s Facebook page. Go to www.onfootball.co.uk to read more of my work.