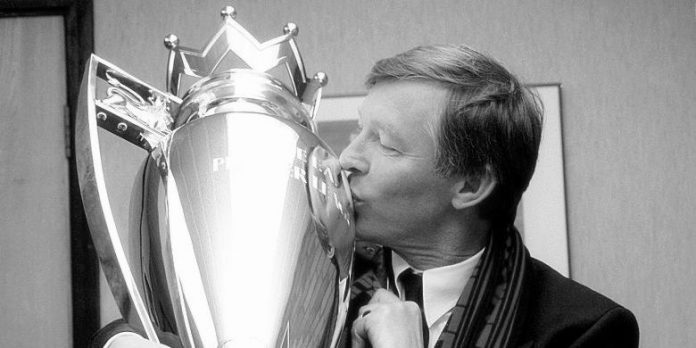 From the famous (or infamous, depending on where your loyalties lie) knocking Liverpool off their perch to comparing Arsene Wenger with a 15-year-old boy, Sir Alex Ferguson has never shied away from speaking his mind – it’s a different story that he banned some of the journalists from his press conferences though.

Here is a selection of some of the most memorable sayings by the Premier League’s longest-serving manager.

“I remember the first time I saw him. He was 13 and just floated over the ground like a cocker spaniel chasing a piece of silver paper in the wind.”

“If he was an inch taller he’d be the best centre-half in Britain. His father is 6ft 2in – I’d check the milkman.”

“I used to have a saying that when a player is at his peak, he feels as though he can climb Everest in his slippers. That’s what he was like.”

“When an Italian tells me it’s pasta on the plate I check under the sauce to make sure. They are the inventors of the smokescreen.”

“On you go. I’m no fucking talking to you. He’s a fucking great player. Yous are fucking idiots.”

“It’s getting tickly now – squeaky-bum time, I call it.”

“It was a freakish incident. If I tried it 100 or a million times it couldn’t happen again. If I could I would have carried on playing!”

“That lad must have been born offside.”

“It can be difficult to pinpoint who would make it as a manager. For instance, nobody here thought Mark Hughes would become a manager, never in a million years, and we all thought Bryan Robson was a certainty to be a top manager.”

“The pace of the game demanded a referee who was fit. It is an indictment of our game. You see referees abroad who are as fit as butcher’s dogs. We have some who are fit. He wasn’t fit. He was taking 30 seconds to book a player. He was needing a rest. It was ridiculous.”

“He was certainly full of it, calling me boss and big man when we had our post-match drink after the first leg. But it would help if his greetings were accompanied by a decent glass of wine. What he gave me was paint-stripper.”

“I think he was an angry man. He must have been disturbed for some reason. I think you have got to cut through the venom of it and hopefully he’ll reflect and understand what he said was absolutely ridiculous.”

“You must be joking. Do I look as if I’m a masochist ready to cut myself? How does relegation sound instead?”

“The crowd were dead. It was like a funeral out there.”

“It’s City, isn’t it? They are a small club, with a small mentality. All they can talk about is Manchester United, that’s all they’ve done and they can’t get away from it.”

“Sometimes you have a noisy neighbour. You cannot do anything about that. They will always be noisy. You just have to get on with your life, put your television on and turn it up a bit louder.”

“Sometimes you look in a field and you see a cow and you think it’s a better cow than the one you’ve got in your own field. It’s a fact. Right? And it never really works out that way.”

“Do you think I would enter into a contract with that mob? Absolutely no chance. I would not sell them a virus. That is a ‘No’ by the way. There is no agreement whatsoever between the clubs.”

“It’s not so much passing Liverpool. It’s more important that United are the best team in the country in terms of winning titles.”

If you know of any other witty or insightful quote from Alex Ferguson, let us know with a comment below.