After three weeks on the road following the wake of destruction in the city caused by Hurricane Ida, the New Orleans Saints finally come marching home to entertain the New York Giants this Sunday.

Bet on Saints vs Giants at BetOnline

BetOnline is currently offering a 50% first-time matched deposit bonus that’s worth up to $1,000 to any newcomer joining the sportsbook.

To claim a 50% deposit bonus when you sign up to wager on Saints vs Giants, just follow these simple instructions:

After a tough blowout defeat to the Panthers in Week-3, Sean Payton’s New Orleans Saints rebounded well last week against the New England Patriots. The run game, led by the always-exciting Alvin Kamara was back in full force as No.41 posted 118-yards from scrimmage and a TD following what had been a largely uneventful evening’s work in Carolina the week before.

Successor to the now-retired Drew Brees, Jameis Winston had a much improved afternoon under center in New England, throwing for two TDs and 0 picks after he too had endured a rough afternoon against Carolina. The Saints defense was also back in top form, coming up with three interceptions against the Pats rookie QB Mac Jones.

It was a great time for the Saints to rediscover form on their last road trip before heading back to the Dome this Sunday to face the Giants. And, considering all the issues the Saints have had to deal with: Michael Thomas’ injury; Brees retiring; half the coaching staff being sick with COVID; a natural disaster in the city… the list goes on, considering all that, Saints fans are probably pretty happy to be at 2-1. Especially since they’ve already faced tough opposition in the Packers and the Patriots.

Hoping to spoil the homecoming party this weekend will be Joe Judges’ New York Giants, a conference rival. The Giants currently sit bottom in the NFC East having played three and lost three. Of course, no fan wants to see this statistic next to his/her team. But, the Giants have been close to victory twice. They lost by just a point to Washington and were narrowly beaten by three points vs Atlanta last Sunday – the Giants are getting closer to a win.

There are further causes for optimism over in the New York/New Jersey area, too: QB Daniel Jones is probably playing the best football of his career to date and, after a lengthy lay off to injury, star running-back Saquon Barkley finally looked back to something like himself when he posted 94-yards from scrimmage in that defeat to the Falcons last week. 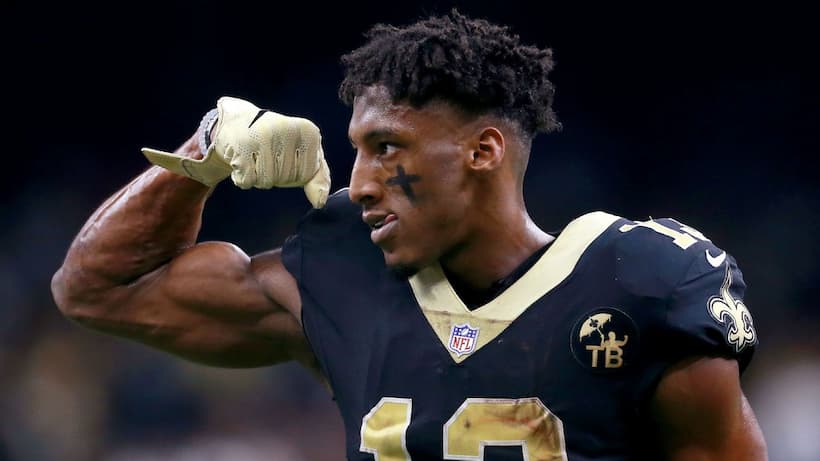 On the injury front, the Saints are still without star WR Michael Thomas. The New Orleans man has been removed from IR though and looks set to feature in the very near future – good news for Saints fans. Fellow WR Tre’Quan Smith will also miss out. On the Saints’ offensive line, Terron Armstead and Erik McCoy aren’t expected to suit up, nor too are defensive talents  Kwon Alexander, Marcus Davenport, and David Onyemata (suspended).

For New York, attacking quartet Saquon Barkley, and WRs Sterling Sheppard, Kenny Golladay, and Darius Slayton are all doubts for the game but coach Joe Judge is optimistic that at least one or two of these players will be able to take the turf in New Orleans. On defense, LB Tae Crowder and S Logan Ryan are the Giants’ only concerns – both are listed as questionable.

Despite the 0-3 record, there have been signs of life in this New York team of late, and we don’t think Barkey and co.’s first win is that far off.

That said, with the possibility of four of the Giants’ best-attacking players missing out or not fully fit for Sunday’s game, it’s hard to imagine they’ll get that first W in the column at the Saints’ expense.

Expect the Dome to be loud and kicking, and expect the New Orleans Saints to pile on the misery for Joe Judges’ team.

Saints to win and cover the -7.5 spread is our NFL pick for the game.