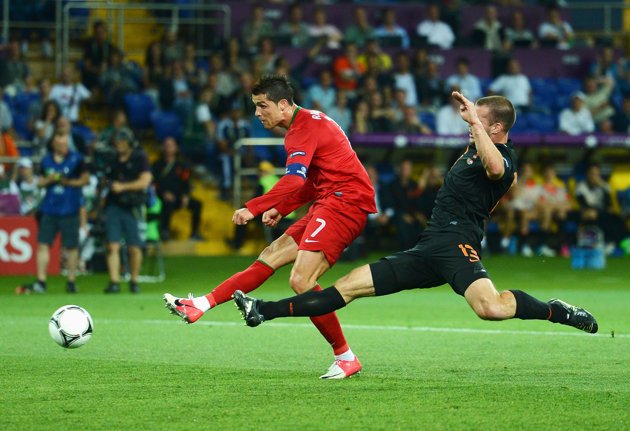 Group B threw up two enthralling and captivating games on Sunday night, as four good teams were all still in the mix to qualify for the quarter-finals ahead of play. Germany overcame a dogged Denmark side 2-1 to progress through to the last eight, whilst

Portugal were inspired by captain Cristiano Ronaldo to also win 2-1 against Netherlands and finish as runners up in the pool.
Today sees the Group C finale, with Spain, Italy and Croatia all playing to make the next round and Republic of Ireland eager to redeem pride before heading home. Here is the latest news from Euro 2012 that Soccerlens has been mulling over.

With a number of different connotations and scenarios of what could happen in Group B, Portugal knew that a win over a talented but misfiring Netherlands side would see them through to the next round, regardless of the result between Germany and Denmark. Paulo Bento kept faith with the same side that beat the Danes 3-2 in their last game, and was duly rewarded as a complete and assured performance guarantees that the Iberian nation’s stay in Poland and Ukraine lasts a little longer. 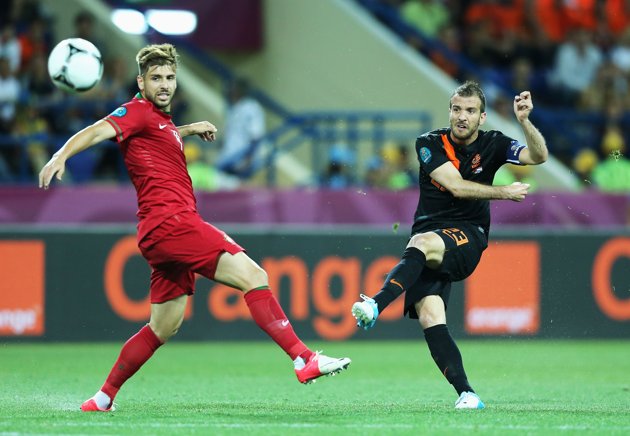 But it could have been so different, as Portugal looked to be staring down the barrel midway through the first half. Rafael van der Vaart, brought into the Oranje team in place of injured skipper Mark van Bommel, curled home a delightful strike to give Bert van Marwijk’s men the lead in the game, which at that point was thoroughly deserved. It got worse for Bento’s men as Denmark equalised after Lukas Podolski had put Germany in front, but Portugal started to take matters into their own hands.

Enter Cristiano Ronaldo. The Real Madrid attacker has had to cop the brunt of ardent criticism from the media after lacklustre performances and wasteful finishing in Portugal’s first two games, and questions have been asked over his future at international level. However, class is permanent and form is temporary. The Santiago Bernabeu forward levelled things up with a clever run and finish to convert Joao Moutinho’s measured through ball, and scores were tied 1-1 at the interval.

Ronaldo was not finished there though, and put his side into the lead in the second half, latching onto another through ball to wrong foot the Dutch defence and bury his effort past a hapless Maarten Stekelenburg. In truth, with Ronaldo starting to look ominous, Portugal dominated the play, and despite the fact that another Van der Vaart effort cannoned off the Portugal post, the Iberian side had countless other chances to extend their lead. Ronaldo also hit the post from range, and a delightful centre gave Nani a great chance to score, which was spurned. In the end Germany also scored a second to win, and Portugal were safe in second place.

The Portugal performance against an able Netherlands side will give the nation’s fans belief that their side can look to progress to the latter stages of the tournament and may well be a contender for glory. Although football is a team game, Portugal’s play is all centred around the performances of their talisman Ronaldo, as any side would be with a player of his stature and ability in their ranks. Although the likes of Moutinho, Nani and others are talented and able at this level, their mood and precision is seemingly improved if Ronaldo is at his best.

Portugal have shown heart to come back from an opening day defeat, and to recover after being 1-0 down to the Dutch. Ronaldo has bounced back from extreme criticism to prove his worth, and his individual performance against Netherlands was as good as any seen in the competition to date. Although Ronaldo can be guilty of being greedy at times, his sheer ability will have opponents shaking in their boots, and similar performances in the next games will see Portugal as a dangerous and daunting opponent.

Bento’s men now take on Group A winners Czech Republic in the next stage, and will fancy their chances of winning a semi-finals spot. Germany meanwhile have continued their steady start to the campaign, winning all three games, and will be overwhelming favourites against a plucky Greece team.

Both Theo Walcott and Andriy Shevchenko are struggling to be fit to play in the decisive Group D fixture on Tuesday between England and Ukraine. The Arsenal winger inspired the Three Lions to victory over Sweden, whilst the veteran forward has scored Ukraine’s only goals of the competition to date.

Germany coach Joachim Low has stated that he was never worried about missing out on progression to the next stage after beating Denmark 2-1. Goals from Lukas Podolski and Lars Bender made it three wins from three for the Group B winners.

Italy to worry about their own game

Although Italy’s chances of progression are tied in with the result of the Croatia against Spain game in Group C, Cesare Prandelli has stated that his men will focus on their own fixture against Republic of Ireland on Monday. The Italian media have been speaking of a biscotto, a pre-determined 2-2 draw between Spain and Croatia that would see the Azzurri eliminated regardless of their result against Ireland.

Rooney ready to show his worth

Wayne Rooney will return for England against Ukraine after serving a two-match suspension, and is ready to prove his place as one of the continent’s top players.

Group C will be decided in tonight’s action, with two from three very good sides looking to make the quarters. Come back tomorrow to hear the fallout from the night’s action and look towards the decisive fixtures from Group D.