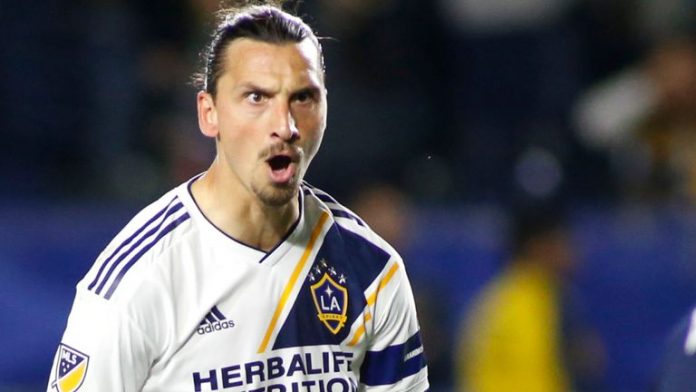 Sky Sports’ interview with Zlatan Ibrahimovic by Alessandro Alciato on October 8, 2019. Translated from the Italian by Steve Amoia for Sportslens.

The importance that Zlatan Ibrahimovic has for world football, but above all in Sweden, was confirmed by the realisation of a statue in his image at Malmö, the city of his birth.

The statue is over three metres in height and will be situated outside of the ground which hosts the games of its local football club. Joined by Alessandro Alciato, Ibrahimovic provided an interview to Sky Sports.

AA: With two Ibrahimovics, is the world a better, worse or more dangerous place?

Zlatan: Surely, it’s better and more dangerous. An original is one who lives forever; however, with Ibra, you always do everything to the contrary. I don’t follow others’ rules. I’m very happy and honoured. It doesn’t seem real but it is.

I did something in my career and it means that I left behind a trail that will always be there. And this is the most beautiful thing. There are players who win trophies; others have statues dedicated to them. I have won trophies and now also have a statue.

AA: If you looked inside of yourself, you would also see Rosengard, because there were so many people who came from that neighbourhood. You have recounted many times that they called it a ‘ghetto,’ but for you, it was home.

There are a lot of people who from this day forward, even more so, will follow your example. Because passing in front of the stadium they will see the statue of Zlatan Ibrahimovic.

Zlatan: Surely, they can think that it is possible. If I were able to do so many things, it means that everyone can do them. I’m not any more special than anyone else. We are all equal and where you end up is not important. That one does not feel welcomed is not important. It’s enough to believe in yourself, to have great desire, and to work. Then, success comes for everyone in one way or the other.

AA: Is it true that you said to the artist, so much as not to put pressure on himself, that it had to be his best work that he had created to date?

Zlatan: The absolute best as possible. Because they won’t only admire this statue in Sweden, but in the entire world, so that it can be visible in other countries.

AA: Looking ahead, there are the MLS play-offs, and then what?

Zlatan: Then I will see out my contract until December. And I still don’t know what will happen beyond that date.

AA: Are the objectives like a tight turn on the racetrack?

Zlatan: We hope to win. In the United States, there is a different type of system. It works in another way. And there is not only the regular season, but you need to qualify for the play-offs. And there, you win or lose, a game at a time.

AA: Are you still ready for the Italian Serie A?

Zlatan: At 100 percent. I feel it as I play. I’d still make the difference. In Italy and in all countries.

AA: Is retirement not an option?

Zlatan: We shall see. There are a lot of things to think about. Both physically and as an opportunity. If I can come to Italy, I don’t see any problems. I can do better than those they have playing there now. In my opinion, Juventus is doing great things. It is the symbol of Italian football due to the club and the players they have.

Internazionale is also doing great things with a top manager. They are pushing ahead a great deal. The other teams are trying something but still aren’t at the level of Juventus. Inter is closest in my opinion. I’m really gutted about AC Milan. For me, it should be a top club due to results and investments, with the best players in the world. But at the present time, it is not like this.

AA: And how can Milan do it?

AA: In a recent interview with Sky, Carlo Ancelotti said that if Ibrahimovic came to Napoli, he would manage him with great pleasure.

Zlatan: I had a great relationship with Carlo. He’s a great manager but above all, a great person. I had the good fortune to become acquainted with him as a man and to work together with him. I’m sorry that it only lasted for a year. I would have wanted the most time as possible with him because I was experiencing a great run of form in my career. And in my opinion, so was he.