In a cliché world everyone in Switzerland and Austria walks around in Lederhosen, quaffing down Wurst, Schnitzel and large vats of foamy lager, whilst trekking up large mountains with large dogs, socks pulled up yodelling about Ricola. In reality Lederhosen is a German fashion item and the only yodelling that still exists is in American adverts. The beer and the food is very true.

Unless you have been locked away for the last year, I am sure you are aware of the forthcoming European Championships hosted in said countries from the 7th to 29th June. Here is a guide on how to get around, generally survive and make the most of your money. 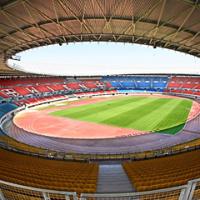 First off lets get the Football out of the way. If you are going I am sure you know who you want to see but in case you don’t or are just going for a laugh and aren’t actually going to any of the stadiums (getting a ticket was nigh on impossible for me) you should probably have a think of where you want to be and when. A useful website is the UEFA website for schedules and locations for each game.

However one thing you should consider is the Fan Arenas that are being put together, especially if you don’t have tickets.

Now as far as I know these are only being put together in Switzerland but they are definitely worth a look. Basically, in 16 towns and cities, small stadiums are being constructed with large screens, padded seating and also standing places. It seems the only way to get seats is to buy them from supermarkets, banks and other ticket vendors in Switzerland but the standing places are free of charge and appear to be on a first come first served basis. This would be ideal for anyone interested in checking out the real Switzerland whilst enjoying the football – I would recommend places like Chur, Locarno, Lausanne for some impressive scenery and being close to the mountains.

As for the hosts chances, both nations look highly unlikely to get any further than the knock out stages. Switzerland have a collection of well known players. The likes of Senderos, Djourou, Yakin, Streller and even the up coming Degen brothers are worth checking out but unfortunately the side lacks the strength and skill to go far in my opinion. The press recently expressed their disappointment with their performance against an ‘average England side’ so things aren’t looking too hot.

However, one must not forget they didn’t concede a single goal in open play during the World Cup- anyone remember that dire game against Russia? Switzerland’s group is an interesting one and I predict there might be some violence between the fans (or the players) considering the large Turkish immigrant community in Switzerland and last time Switzerland met Turkey this happened:

Austria on the other hand have pretty much lost every game before the tournament has even begun. With a recent 3-1 defeat to their co hosts and losing 3-0 to Germany, even the Austrian public aren’t too hopeful. Some have even made a petition to get them out of the tournament to avoid embarrassment.

With both Pogatez and Scharner both banned from the team for publicly criticising the national team’s professionalism it does not look hopeful for Austria. Personally I am putting money on Germany to win it, but that is another discussion completely….

Getting there: I recommend checking out easyjet.com, bmibaby.com, swiss.com and aua.com for cheap flights. If you book now you will definitely get a flight for between 70 -150 pounds return.

As for travelling between cities and between Switzerland and Austria it’s worth checking out:

Switzerland and Austria aren’t cheap countries but if you take advantage of the offers they provide then it’s easy to get around on a relatively tight budget. For around 30 Euros you can get a Vorteilscard (in Austria) or a Halbtax card (in Switzerland) which are valid for both countries for the duration of the tournament and give you half price on all train tickets. If you buy it in advance you can save around 10 Euros or buy it when you get there for about 39. Trains in both these countries are notoriously prompt, clean, fast and easy. I can’t recommend a better way to get around as once you get to your destination, trams will get you anywhere else you need. Get drunk, get the train I say.

Obviously youth hostels and hotels are an option but there are other ways to live on the cheap during the tournament.

I highly recommend Euroom08.ch,– a site dedicated to people renting out their houses and apartments during the tournament. The site isn’t the easiest thing to navigate but if you just do a search for the cities you want to be in you will find some really good deals ranging from about 32 Euros to about 150 per person per night. Well worth a look, especially as you won’t have to eat out all the time.

But if you want to do it on the real cheap and want to meet people on the way then I suggest you join www.couchsurfing.com, an online travelling community where you can offer up your couch to crash on or find someone’s couch to invade. There’s enough people signed up from Austria and Switzerland who will consider putting you up. 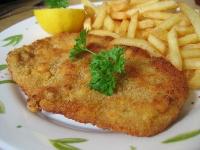 In general food is relatively expensive, fags and booze are cheap. Feldschloesschen Bier (who are also sponsors of the Fan Arenas) really is the don of cheap Swiss beers. You can get a ten pack for about 5 pounds, approximately 10 Swiss francs and people are relatively relaxed about you drinking outside in public as long as you are respectful and don’t leave a mess. While in Austria the people’s drink (as in the cheap one from the shops) is Stiegl.

As for food you are sure to come across a lot of schnitzel, rosti, and wurst with bread and mustard. All perfect dishes to go with a day of drinking and football. During the games I can guarantee you will find a lot of wurst stalls in and around the stadiums and they cost about 2-3 pounds.

If you think you are going to get to the Euros and practice a bit of your German, think again. Firstly the majority of people can speak English and will notice within your first syllable that you aren’t a local. Trains and airports usually have announcements in German, French and English and even some of the trams are incorporating this at useful stops such as the train station. The German they speak in Switzerland and Austria is not your every day eins, zwei, drei. Austrian German and Swiss German (Schweizer Deutsch) is a dialect that even the Germans struggle to understand.

My advice is, go with the flow, give it a try, they will reply in English (obviously this depends on where you are from, if you’re from Czech Republic I don’t know what to recommend!); unless you go to southern Switzerland where they speak French (round Geneva mainly) and Italian and is something I have little knowledge of.