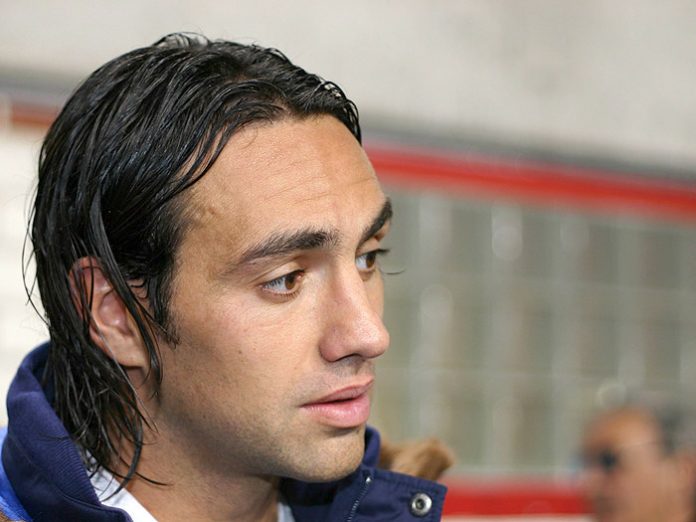 Beckham. Henry. Keane. And now Nesta. There are some very internationally recognizable names gracing today’s Major League Soccer ranks to be sure, but why does it still seem like the West-ward movement remains a feeble trickle instead of a rising swell? Coming to play in the US can’t possibly be that unbearable, can it?

Well, first of all… yes, it can. In terms of providing big-time financial advancement and world class teammates to play with, the MLS is still miles behind the top leagues in Europe, like giant, elongated Peter Crouch sized miles… but we already knew that. What may be much less obvious is that the MLS actually creates some of this disparity on purpose, in many ways perpetuating that “trickle” of international migration while remaining very careful to prevent a torrent… it’s all part of a devious (and sometimes confounding) plot lead by the “designated player” rule.

It started back in 2007. While bracing for the wave of consequences that would inevitably follow the signing of David Beckham to the LA Galaxy, the MLS instituted a league-wide edict that would limit each team to no more than 2 players who can be paid without regard for the salary cap restriction. Those 2 players have to be officially designated for such a distinction during contract negotiation, which essentially means they will be designated to make loads more money than everyone one else on the roster. It’s quite the designation.

So what does that mean though? Well, for one, it means the rule is aptly named, but in the bigger picture, it suggests much more is at play. Since each MLS team was (and still is, excluding designated players) required to stay below a certain sum of total salary paid to its players, there used to be almost no way any Major League Soccer team (even if they had the money) could go out and offer an international superstar a competitive wage. It’s what I imagine it would be like if Arsene Wenger was at the helm of every single club; endless talent seeking without succumbing to high price.

With the designation restriction/rule in place though, the league has allowed teams’ with healthier cash flow to sign a couple superstars, while staying relatively true to their original intention of keeping the MLS highly competitive, with widespread parity. The other underlying prize of this highly-controlled system is the forced reliance on American talent to fill the gaps. Since teams can’t go out and splash funds on every single youth academy star from here to Siberia, they have to find more affordable domestic options that can either fit the bill well enough now, or develop into a player that can do so at a relatively high level later on. Encouraging the development of American players, particularly young American players, is a major plus in this whole scheme… but it could never be the whole story, a league that wants to make any money at all has to give in to some degree of big name signing.

This two-way dynamic is why the designated players you do see coming to the MLS are not Thor-caliber game changers, but, instead, aging veterans who’s biggest weapon is the immense name recognition they still wield. They know that the MLS can’t offer them the absolute best competition in the world, but that kind of requirement becomes so much less important as you reach the final denouement of your career. From the MLS teams’ perspective too, you know you can’t buy a whole roster of expensive international footballers to put on the field (it’s not allowed, in fact)… so why not get the most bang for your buck, and sign a guy that can still put fans in the seats without actually making a tremendous impact on your team’s success. You only get 2 designated players, might as well make it a Beckham or an Henry, even if they are nowhere near their primes.

So with that said, and with Alessandro Nesta getting ready to unveil himself for the Montreal Impact, it should be pretty clear that the Italian centerback is starting from day one because of the familiarity his brand invokes, not so much the lingering on-field prowess he can possibly provide. I mean, the man is entering his 20th year of senior-level soccer and is already 36 years old, even by Serie A standards, that’s teetering on the precipice of ancient.

Nevertheless, he joins the MLS as an ambassador more than anything else, a well-known face who will help the league grow commercially as it continues to try and improve its talent stock domestically. It’s a process that is seeing modest gains and sometimes very unglamorous soccer-playing, but it’s hard to argue with the overall sentiment.

Develop what you have, sign a few star commodities to tide fans over, and attempt to grow the game in the best interest of your country. Say what you want about American soccer (and there are numerous problems, the youth system in particular), but at least the notion of building for the future is a priority.