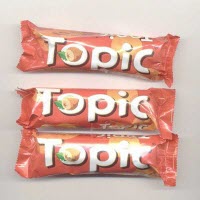 One of the keys to football blogging is knowing what to write about. Some topics are – and always will be – more popular than others. This page will help you identify those topics.

Big Name Players, Big Name Clubs
Everyone wants to read about the superstars. Leo Messi, Cristiano Ronaldo, Wayne Rooney, Zlatan Ibrahimovic, Andrei Arshavin, Didier Drogba and so on. All football fans are interested in those guys. Same is true of all the big European clubs – Barcelona, Real Madrid, Manchester United, Chelsea etc, and a select few other figures in the game like Jose Mourinho.

However, you can also target your article at supporters of specific clubs. For example, articles about Jamie Carragher may not be a massive draw with football fans in general, but he’s extremely interesting to Liverpool fans.

At the other end of the spectrum, a lesser known player at a smaller club – let’s say Emerson Boyce of Wigan Athletic – isn’t going to bring in the readers. That’s not to say you shouldn’t ever write about Boyce under any circumstances. He might score 10 goals in one game, and that would certainly be worth writing about. But more people want to read about Wayne Rooney than about Emerson Boyce, and so for that reason Rooney is always the smarter topic.

You could argue that there are two categories of popular article: Timely and Timeless. Neither is better than the other, but it’s important to know which is which and why they works.

: In some ways “timely” means newsy. If a certain topic is in the news, then that means people are either reading about it or looking to read more about it. So an article about the 2010 World Cup final will do very well on the day of the World Cup final, but won’t do so well two months later. An article about Cristiano Ronaldo’s possible move from Manchester United to Real Madrid is excellent in the days before the transfer, but not so much now that he’s joined Madrid and already played a season.

How to find timely articles:
The easy and obvious answer is to read the news. You can start by scanning the headlines in major newspapers. The Guardian‘s football page is a good barometer of what the big news is for a UK audience, while The Sun is good for the latest scandal and gossip. The NewsNow football aggregator is also excellent, especially if you want to drill down and look for team-specific news on say their Liverpool page.

Google News is also your friend. You can search for the latest news on specific players by entering search terms like “Leo Messi” or “Steven Gerrard”. And don’t forget Twitter, as this is where a lot of news breaks first. If you follow football journalists like @HenryWinter and football media outlets like @FourFourTwo then you’ll spot the stories nice and early. Also keep an eye on Twitter’s trending topics. If you see a footballer’s name listed then you know something big is happening.

Timeless:
Timeless articles don’t have the immediacy of timely articles, but can be very popular for attracting a large number of readers over time. The best timeless articles are a resource. A source of information that’s valuable to football fans both now and in the future.

For example, a list of the World’s Biggest Soccer Sponsors is a good timeless post. The sponsors may change in the future, but the list can be updated to reflect that new information. A similar idea would be the 10 Biggest Football Stadiums in the World.

League seasons and tournaments offer other opportunities for timeless posts. For example, this updated list of Premier League transfers is most popular in the summer and winter transfer windows, but is still a useful resource between windows. This article listing World Cup 2010 squads was popular before and during the World Cup, but is also useful afterwards.