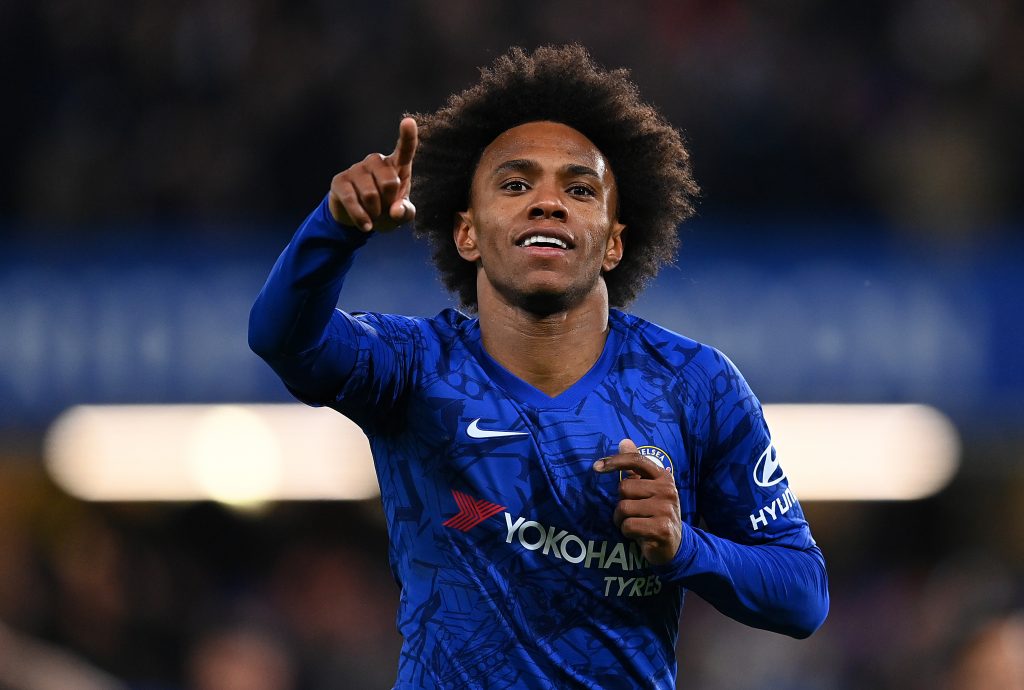 Chelsea star Willian has hinted that he would open to linking up with Jose Mourinho at Tottenham Hotspur.

The winger played under Mourinho during his time at Stamford Bridge and has confirmed that he has stayed in touch with his former manager.

Willian’s contract at Chelsea expires this summer and he has been linked with numerous clubs in England and abroad.

However, the 31-year-old clearly enjoyed working with Mourinho and a move across London could be on the cards.

“Nothing has arrived from Mourinho, but we do have a good relationship – he’s a big friend of mine,” he told Bolivia Talk Show.

“We speak to each other sometimes, but when it comes to that (transfers) he respects me a lot.

“I like London and my family likes it too, but that’s a question I don’t know how to answer.

Willian joined Chelsea back in 2013 and has gone on to make 329 appearances for the club in all competitions, scoring 59 goals and creating 59 more.

Report: Chelsea on alert as talented star says he wants a summer move.