Blog Blogroll Will Martinez do the double over Moyes?

Roberto Martinez has the opportunity to heap more pressure on Manchester United manager David Moyes this season. The Everton boss, who is one of the candidates for manager of the season, saw his side win at Old Trafford in the previous clash and he will be hoping for another Man Utd scalp when he welcomes them to Goodison on Sunday.

Everton have been in remarkable form this season, having only lost six games all campaign and playing eye catching football all the way. Many have pointed out the huge improvement Martinez has made in his short stint at the club, stamping down his football philosophy and really pushing for a top four spot. Comparisons have been made between the two managers playing styles, Moyes was known to play hoof ball during his long spell at the helm but Martinez keeps it firmly on the ground.

Its been a roller coaster season for United, but you can’t ignore the fact they have the best away record in the league. Moyes is notably achieving in this sense, its the home form that is the concern. It will be a statement if his side go there and win, he needs to win to silence the critics and prove that Everton being above United this season is a one off.

Moyes is fully capable of having a side play good football, sometimes the links to the long ball are rather false and exageratted. Attacking wise he has a good mix, Mata is beginning to find his feet and he links well with other creative talents such as Shinji Kagawa and Januzaj. United fans will be hoping to see all three on the pitch on Sunday.

The problem though, which now seems such a norm to discuss, is the centre midfield. Does Moyes stick with Carrick and Fletcher, or does he try and throw Fellaini in against his old club. If he does it will be very interesting to see the reception. Probably a mass of boos to go along with Rooney if he starts. 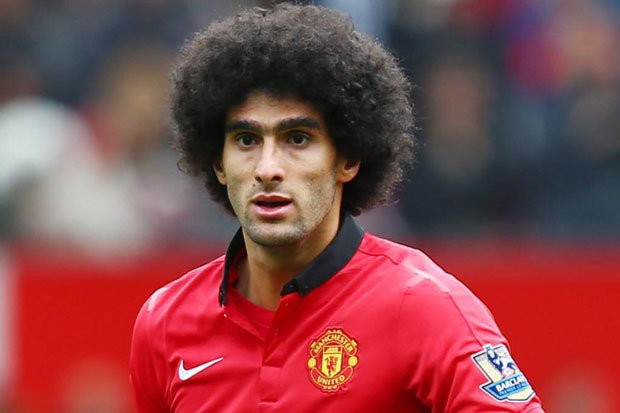 Will Fellaini play at Goodison?

Goodison was a happy hunting ground for Fellaini though. It is a small pitch where he used his physical prowess to huge success. He needs a goal to kick start his United career, 27.5 million is a tag he needs to hurry up and at least reasonably justify. Its strange because hitting 11 goals last season for his old club shows he is fully capable. It could be a case of just getting the first, the curse will be broken and the rest will follow.

On The Attack! Liverpool dominate PFA Player's Player of the Year nominations
Possible Chelsea Starting Line up Against Sunderland
Tweet Pin It