Jack Wilshere got himself embroiled in yet another smoking controversy last night after picture emerged of him holding a shisha pipe. 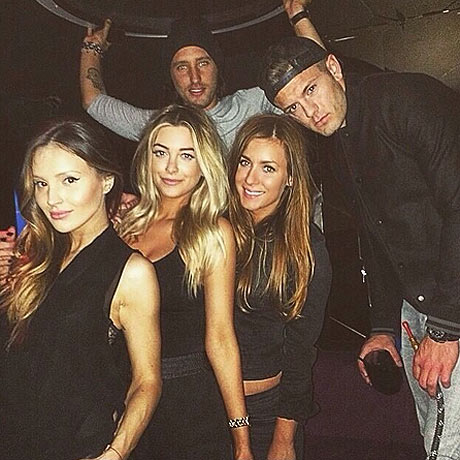 The above photograph was alleged to have taken during Wilshere’s visit to a London night club last week. It was uploaded on Instagram, removed quickly, but only to reposted on Twitter.

This is not the first time Wilshere has been involved in a smoking row. The 23-year-old was forced to apologise last summer after being pictured with a cigarette twice last year.

First time he came in for criticism for being caught with a cigarette was in November 2013 outside a London night club. Also, last summer, he was seen smoking at a pool party while on holiday in Las Vegas with Joe Hart.

“The smoking? Of course I regret it. I have been seen before doing it. I said then I made a mistake and I have made a mistake again. People make mistakes,” he said back in July, as quoted by The Telegraph.

“I am young and I will learn from it. I realise the consequences it has and the effect on kids growing up.

“I have kids myself and I don’t want them growing up to think their dad smokes and it is okay for a footballer to smoke, because it’s not. It is unacceptable and I will accept the consequences and I will move on.”

Such comments will come to back haunt him as he failed to keep his words again. There are two sides of looking at it. He is a great professional on pitch, and whatever he does off pitch doesn’t seem to leave an impact on his performances. So, why should anyone bother what he does away from football pitch?

The counter argument: He is not just an ordinary person – he is a celebrity, a professional footballer playing for a globally recognised football club and it is his duty and responsibility to keep a good public image as well. Such incidents do not set good examples to others and it tarnishes the club’s global image.

Recently Arsenal goal keeper Wojciech Szczesny was disciplined for smoking in the showers for Arsenal’s 2-0 defeat at Southampton on New Year’s Day.

Will Jack Wilshere ever learn? Public apology is fine but it hardly make sense if you do not follow it. It’s what you do, that defines you.