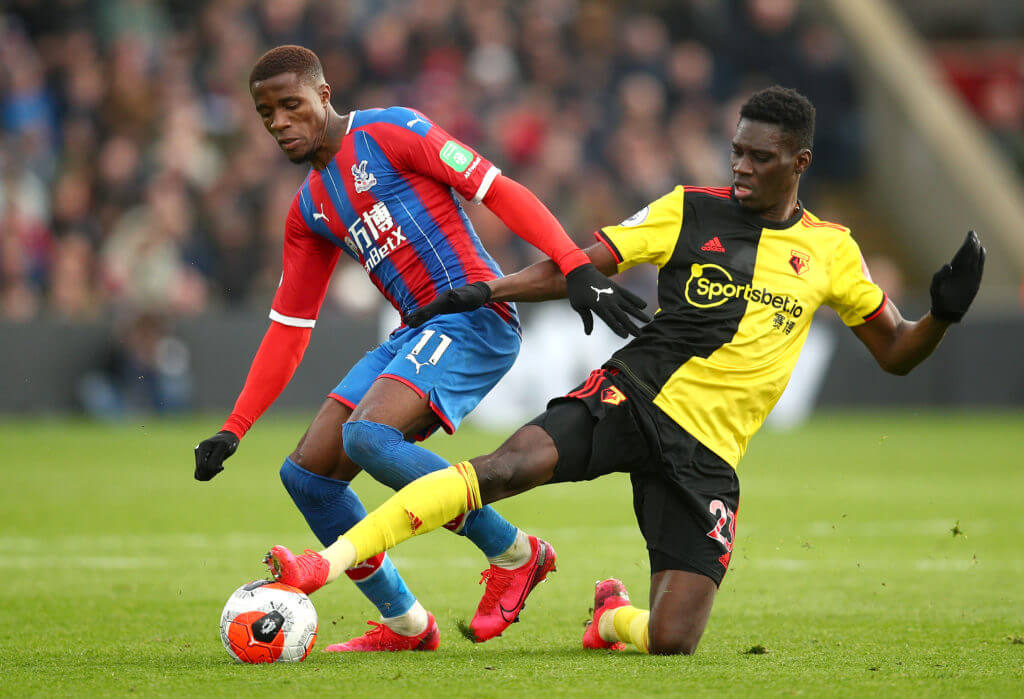 The 22-year-old right-back came through the youth academy of Crystal Palace, and made his senior debut for the Eagles in 2017. He played 46 games in all competitions before joining Manchester United for a reported fee of £50m.

Initially, Wan-Bissaka struggled at his new club, but he has been very impressive in recent months. Zaha, who has played with him at Palace, has suggested that it is nice to see that his former team-mate is getting recognised on the world stage.

“Aaron. He is very good, so hard to get past him,” Zaha said during a Q/A session with the fans.

“Everything that people are saying now – calling him ‘The Spider’ – we knew before, it is just that he is playing in front of the world now.

“We were saying it all before but it is nice to see the world know it now.”

A move to Manchester United didn’t work out well for Zaha who returned to Palace on a permanent move after a torrid spell in 2015.

Zaha has been frequently linked with a move to heavyweight Premier League clubs, and has been valued at around £80m.

Wan-Bissaka has made 26 starts in the Premier League this season, and has managed two assists. He is an exciting young talent and has drawn plaudits for his abilities in one-on-one situations from fans across the world.