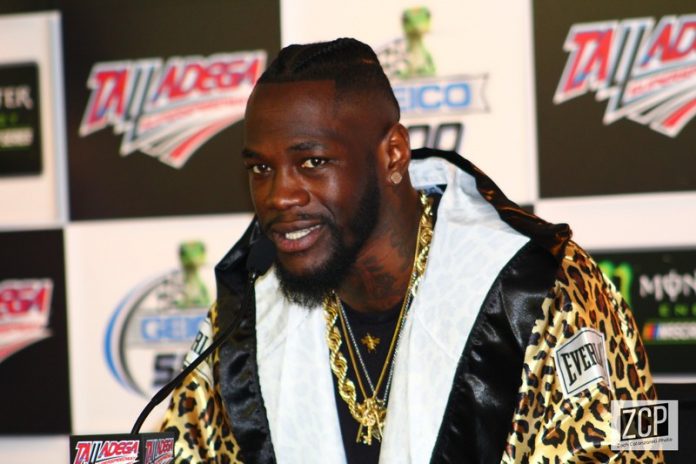 It was the Scottish poet Robert Burns who wrote the famous line ‘the best-laid plans of mice and men often go awry’.

So when Deontay Wilder announced he planned to fight Tyson Fury in February 2020, quite a few eyebrows were subsequently raised when the WBC heavyweight champion of the world also confirmed he would be taking on a rematch with Luis Ortiz as late as November of this year.

Those are two prongs of a near year-long career fork that would ultimately see Wilder take on the winner of the Andy Ruiz Jr vs Anthony Joshua rematch in the summer of next year, with the aim of unifying the heavyweight division.

It’s a nice plan on paper, but as Burns intimated, things don’t always go to plan….

To consider Luiz as nothing more than a sparring partner, ahead of bigger fish to fry, is arrogant at best and downright crazy at worst. The Cuban is one of the most prolifically avoided heavyweights on the planet, and his heavy hands and concussive combinations are enough to put even the most granite-chinned opponents on the canvas.

The first fight between the pair was a topsy-turvy affair in which both men had chances to finish the other off, but in the end Wilder – as he does – ‘windmilled’ his way to victory with a series of pounding rights in the tenth round.

It is something of a surprise that the sportsbooks are so dismissive of the challenge in their Wilder v Ortiz odds, with the champion a comfortable 1/8 favourite at the time of writing with the price-setters.

But with Ortiz ahead on points in many pundits’ eyes when the stoppage came in the first contest between the pair, it would be reckless indeed to discard the 40-year-old as a no-hoper.

Taking a Bite in the Big Apple

To give an idea of the task facing the champ, Wilder only need to cast his mind back to March 2018 for first-hand experience of what Ortiz is capable of. They met at the Barclays Center in New York, in what was very much a nip-and-tuck fight between two well-matched pugilists.

The first half of the contest was a cagey affair, and it was clear for all to see that the champion was reluctant to engage with his 40-year-old opponent, choosing instead to work behind the jab rather than throwing his trademark bombs from the hip.

You’ll do well to outbox a Cuban, however, and there was a feeling of unease in the Wilder camp heading into the middle rounds that their man might just be behind on the judges’ scorecards.

And so the champion did what he does best: swinging wild and free, he caught Ortiz with a right hand in the fifth round that made the challenger stumble, and like a shark scenting blood Wilder moved in for the kill: eventually sending his opponent to the canvas.

It seemed to shake the 40-year-old, who was saved by the bell in the fifth and who took heavy fire in the next as well. So, Ortiz came out with a more direct game plan in the seventh, and he enjoyed success too – clipping a ferocious shot to the temple that left the champion buckling. This time, it was Wilder who was glad to hear the bell chime for the end of the stanza.

It was back to a more conservative approach from both men for the next couple of rounds, but all inside the NYC venue must have felt a big knockout punch was coming – with either man likely to deliver it.

That came in the tenth, with both men throwing huge right hands it was Wilder who connected, smashing through Ortiz’s guard to send the veteran to the canvas before immediately pouncing on the challenger after he had beaten the count to secure a TKO win.

There was a huge outpouring of emotion from the champion as he celebrated the victory, and you have to imagine that was relief as much as anything else. For context, both CBS Sports and Showtime had Ortiz 86-83 up on their cards at the time of the stoppage.

And so there’s a good reason to look forward to this November rematch with relish; if Wilder overlooks his man with bigger paydays on the horizon, he could be made to pay the ultimate price.