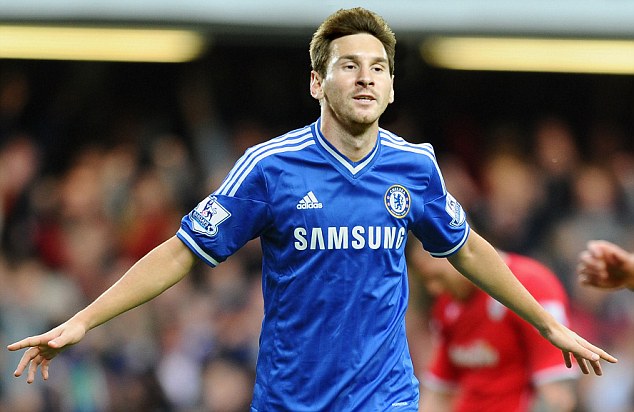 Lionel Messi leaving Barcelona, for most football-watchers around the world, is something unthinkable. The little magician weaving his magic wearing other than the maroon and blue of the Catalan giants is unimaginable.

Over the years, Barcelona have helped Messi turn into the world’s best footballer. Some would even argue that at 27, he is already the greatest of all-time. The Argentine was diagnosed with a growth-deficiency hormone at the age of 11, and it was Barcelona who decided to step in and give him a contract. The rest, as they say, is history. 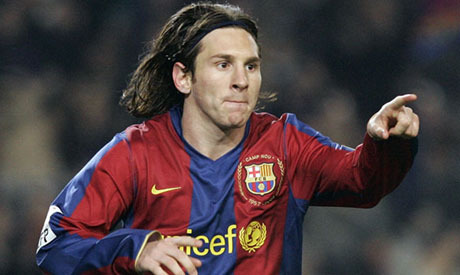 In the last few days though, some startling rumours have gripped the footballing world. Some people call it absurd, mad and fake, even. Messi has been linked with a move away from the Camp Nou. Bayern Munich, Chelsea, Manchester City and Manchester United have all been mentioned as potential destinations.

Messi hasn’t had a great season and neither have Barcelona, thus far. He has been overshadowed some truly spectacular performances by his long-time rival Cristiano Ronaldo. Real Madrid have been the name on everyone’s lips, rather than Barcelona.

Despite everything though, a move to Chelsea would be absolutely unfathomable. There is a long history between the Blues and both Messi and Barcelona, with the English side often being the Catalans’ nemesis in European competitions.

Messi, personally, has always failed to deliver against Chelsea. In the eight occasions that he has faced the Blues in the Champions League, he is yet to score a single goal.

A very bizarre series of incidents fuelled the rumours of a Messi move to Stamford Bridge. Firstly, he started following the football club’s official Instagram account.

This was after he had been dropped to the bench by manager Luis Enrique for the game against Real Sociedad. The following day, there a training session which was open to the fans at the Nou Camp. Messi chose to suspiciously give it a miss.This was followed by news of a brawl between the player and the manager, with suggestions that the duo nearly came to blows.

Could this move to Chelsea really happen in the near future? We look at a few reasons why it could.

In 2009, Lionel Messi was at the epicentre of a side which won 6 trophies in a single season. Barcelona were the rulers of footballing world, and Messi was the king. The Catalans continued their dominance in the next couple of seasons, winning the La Liga title comprehensively and also adding another Champions League to their 2009 triumph.

All good things though, come to an end and after a trophyless 2011/12 campaign, manager Pep Guardiola stepped down. Since then, Barcelona haven’t reached anywhere near the heights they did under the Spaniard’s management.

If Messi feels that his career has stagnated in Spain, a move to the Premier League is certainly something he can give a thought to. There have been lots of jokes around Messi by critics, asking if he can deliver in a ‘cold, wet, Monday night in Stoke’. We may be close to knowing if he really can.

It is quite clear that the teams to look at in the coming years are going to Bayern Munich, Real Madrid and Chelsea. Jose Mourinho is building a real force to be reckoned with around Europe.

The Blues’ physical style-of-play over the years is now being mixed with technical prowess as well. The likes of Cesc Fabregas, Eden Hazard and Oscar, highly-skilled as they may be, are capable of doing the dirty work as well. Messi, therefore, could find a different dimension to his game if he were move to the Premier League.

Messi has never enjoyed playing against Chelsea. He has even gone on record to say that he frankly hates the prospect of facing them. His goal-drought against them is a clear indication of the fact that he feels the pressure while lining up against the Blues.

The best antidote for his ‘Chelsea-blues’ therefore, may be to join them.

Also, there is the fact that over the last year and a half, Ronaldo has gained much more of the spotlight that he has. The Portuguese ended Messi’s four-year streak of winning the FIFA Balon d’Or last year and there are many who expect him to win it this time too. A move to the Premier League, the most-widely watched league in the world, will only be beneficial to Messi’s popularity.

Despite all these rumours though, this move seems extremely unlikely. The transfer fee, for one, is over €200 million. Even if their sponsors Adidas and Turkish Airlines come to their aid, is unlikely that Chelsea will be ready to shell out this kind of money over a single player. Assistant Steve Holland also rubbished these talks in yesterday’s press conference.