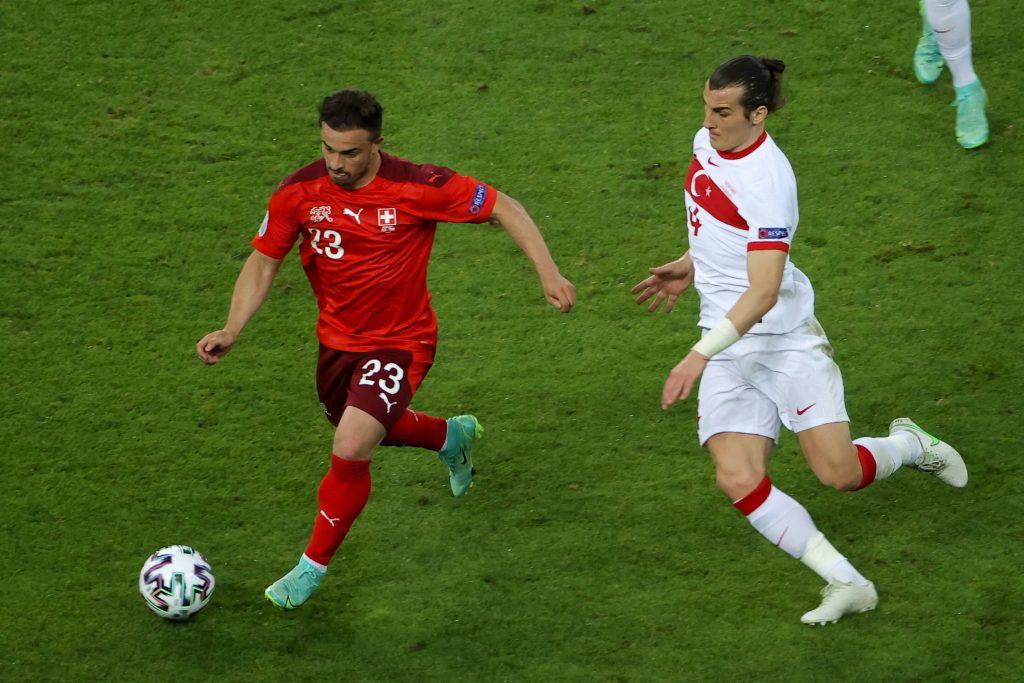 Xherdan Shaqiri was brilliant for Switzerland on Sunday, scoring twice to help his side record an impressive 3-1 Euro 2020 victory over Turkey at the Baku Olympic Stadium.

The 29-year-old’s form will certainly make some Liverpool fans feel that the club should keep him ahead of the new season.

After making just 14 appearances for the Reds in the Premier League last term, Shaqiri has been tipped to leave Anfield by the end of the transfer window.

Liverpool are looking to improve their squad so they can potentially challenge for the Premier League title next season.

If the Swiss international stays at Anfield, he will likely continue playing second fiddle to Diogo Jota, Mohamed Salah and Sadio Mane.

However, Shaqiri’s form will have given potential suitors more reason to want to sign him.

The attacker is also now in a phase of his career where he will want to play as regularly as possible rather than serve as a fringe player.

He has been strongly linked with a move away from Liverpool, with Roma and Fenerbahce tipped to sign him, according to The Mirror.

Liverpool have been strongly linked with a move for Florian Neuhaus from Borussia Monchengladbach.

If the German international arrives at Anfield, he will push Shaqiri even further down the pecking order.