Sheffield Wednesday moved to the top of the embryonic League One table after demolishing Hartlepool 5-0. ‘The Owls’ were 2-0 up in ten minutes after an own-goal from Paul Murray and a Giles Coke volley set them on their way. Neil Mellor, signed from Preston in the summer, made it three before Marcus Tudgay scored from the penalty spot and a Clinton Morrison scored his first for the club, in the last minute, to put a gloss on the victory.

Another side that were relegated from the Championship last campaign, Peterborough United, also moved into the automatics spots with a comprehensive 3-0 victory over Plymouth Argyle. After a competitive first half, where neither side found top gear, it was Craig Mackail-Smith who headed home a Grant McCann free-kick, on the hour mark, to open the scoring. Mackail-Smith doubled his tally for the match with a powerful volley before Aaron McLean headed another Grant McCann set piece beyond David Button, in the Plymouth goal, to complete the scoring. 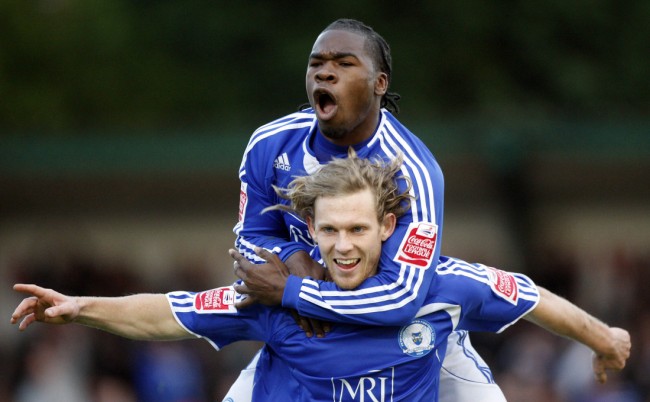 Oldham Athletic, under new manager Paul Dickov’s guidance, remain unbeaten but couldn’t find a way past Yeovil Town in a disappointing 0-0 draw at Boundary Park. The hosts had chances but Yeovil goal-keeper, John Sullivan, was on fine form to keep ‘The Latics’ from scoring. The visitors almost snatched all three points at the end but Oldham ‘keeper Dean Brill lived up to his name and managed to keep Terry Skiverton’s side at bay.

In what was the game of the day, Notts County came back from three goals down to grab a point at Dean Court. Bournemouth were 3-0 up within the first half hour thanks to two goals from Josh McQuoid, who is making light work of filling a Brett Pitman sized whole, and Anton Robinson. But Notts County pulled a goal back to make it 3-1 through Ben Burgess before half-time and two injury times goals from Craig Westcarr and Kevin Smith meant that Notts County snatched a dramatic point.

Huddersfield Town secured an impressive three points with a comfortable 3-0 victory over Charlton Athletic. After a disappointing defeat to fellow promotion hopefuls, Peterborough, last weekend ‘The Terriers’ were looking to bounce back in front of their own crowd. A superb chip from Jordan Rhodes set them on their way before Jamie McCombe scored a towering header to put the hosts 2-0 up. Gary Roberts put the points beyond any doubt with a well placed volley but the visiting supporters did have something to cheer about when Matt Fry scored a consolation goal deep into stoppage time. 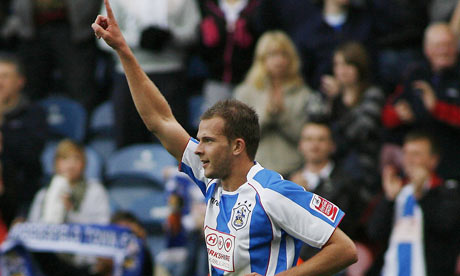 Southampton picked up their first three points of the season thrashing Bristol Rovers 4-0. The pre-season favourites for promotion took the lead when, centre-back, Jose Fonte tucked home from a corner. Adam Lallana then opened his account for the season to put the visitors 2-0 in-front. Rickie Lambert scored from the penalty spot, against his former club, to seal all three points before Lee Barnard completed the rout with an expert finish. This result was still not enough to stop Alan Pardew being sacked along with members of his back-room staff. Paul Hart has emerged as the early favourite for ‘The Saint’s’ job.

At the bottom of the table, Brentford couldn’t pick up their first three points of the season losing 3-1 to newly promoted Rochdale at Griffin Park. Anthony Elding gave the visitors an early lead but Andy Scott’s side hit back through Robbie Simpson. In the second half Chris O’Grady restored Rochdale’s lead with a powerfully hit shot but there was controversy when Jason Kennedy, after putting the visitors further in-front with a clever header, celebrated with the ‘Dale’ fans and was sent off for a second bookable offence.

Chris O’Grady scored in Rochdale’s game against Brentford at the weekend.

Dagenham and Redbridge and Tranmere Rovers already look set to be fighting a relegation battle at the end of the season. Both are still looking for their first win of the season after playing out a 2-2 draw at Victoria Road. Romain Vincelot put Dagenham in-front with a powerful header, after some clever skill from Peter Gain, and Mark Arber’s first of the season seemed to put the points beyond any doubt for ‘The Daggers’. Tranmere, with two late goals, broke Dagenham hearts though. Enoch Showumni got the first before a brilliant free-kick from Aaron Cresswell sent the visiting fans home happy.

Elsewhere Leyton Orient beat Exeter in a comfortable 3-0 victory. MK Dons fought back from 1-0 down to win 2-1 against Swindon Town with two headed goals from Sam Baldock. Brighton and Hove Albion fought off their home jitters to beat a ten man Walsall side 2-1 and, on Friday night, a late Paul Thirwell strike earned Carlisle a point away to Colchester United.