Sportslens.com
Home Competitions Brasileirao Wallace reveals he is on the verge of joining Chelsea 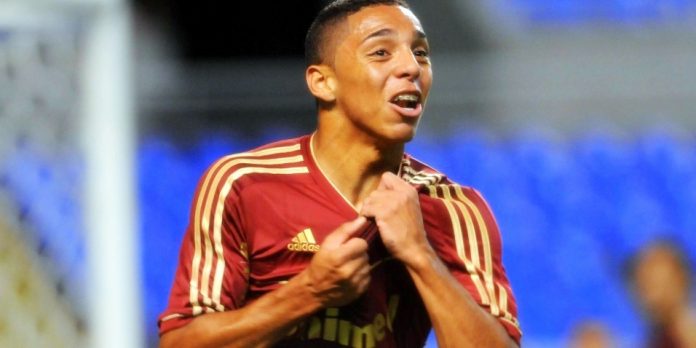 The 18 year old right back has been tracked by a number of clubs across Europe. Italian giants Juventus and Napoli scouted the Brazilian before Chelsea joined them in the race for his signature this summer. But now Wallace has revealed that Chelsea have stolen a march on the Italian clubs.

Wallace in a recent interview to Fox Sports Brasil has said that he is plans to learn English and hopes that his Brazilian compatriots would help him settle down at Stamford Bridge. The defender has also revealed that he follows Chelsea’s matches on television.

“It’s always helpful having Brazilian team-mates playing alongside you, as they normally are settled down, so they can give you some advice and this is important, even regarding language.

“Now that I’m moving to London I’ll have to learn some English but they are used to this and they will surely help me a lot.

“I used to follow the Spanish league and its big clubs like Real Madrid but now as I’m moving to Chelsea I’m following the club more closely, especially after the Champions League title.

“I watch Chelsea games whenever I can, sometimes I can’t watch because I’m playing or concentrated with my team, but I don’t miss a chance to see them playing on TV.”

The Brazilian full-back started his youth career in 2005 with Fluminense at the age of eleven. He was promoted to the senior team last year after some impressive performances.

Wallace was a part of the Brazilian U-17 squad which won the South American U-17 championship in 2011. He rose to prominence after putting up some amazing displays at the Championship held at Mexico.

In his first season in the senior squad he also won the Brazilian domestic league as European clubs began to take note of him.

Reports suggest that Fluminense value Wallace at £5million. While it was earlier speculated that Chelsea have reached an agreement with the Brazilian club for the sale of Wallace next season, the full-back’s statement has now confirmed it.