There is not much doubt in who has been the most popular player in the Premier League this season. You have probably guessed it by now (with a little help from the title), it is none other than Robin van Persie.

In football terms, he has been fantastic for Manchester United. He was quick to settle into the squad and was scoring goals in no time. The Netherlands forward moved from Arsenal for £24 million last summer and has scored 19 goals in 26 matches so far.

In financial terms, his United shirt sales have went through the roof. According to an England-based online football replica outlet, Kitbag.com, Van Persie has topped the Premier League shirt sales by some distance. 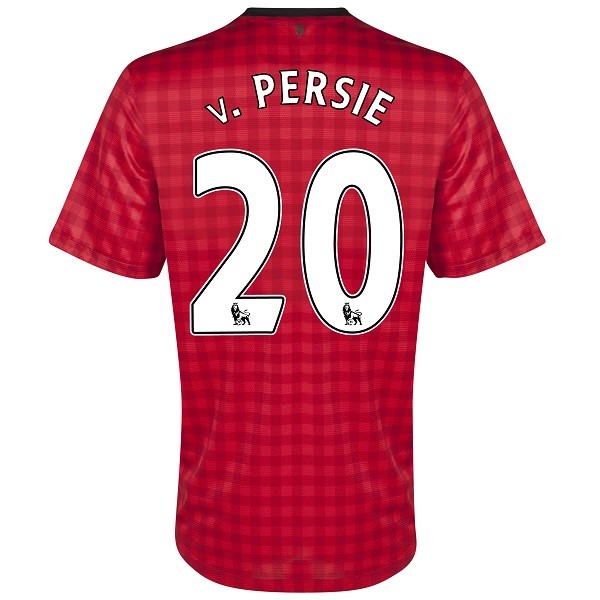 Out of all the Premier League shirts sold this season so far, Steven Gerrard is second with 8.2% while Van Persie’s teammates Wayne Rooney and Shinji Kagawa are third and fourth with 6% and 5.8% respectively and Liverpool striker Luis Suarez is fifth with 3.6%.

Robin van Persie is sitting far ahead of the rest with 25.4% of all the personalised replica football shirts sold in the Premier League. Keeping these results as a sample, Van Persie alone is generating huge amounts of income for the club and at this rate, United will make a large part of his £24 million price tag just from shirt sales.

He has already won them the league, so it’s safe to say that he has recovered the money spent on him in just one season. Chelsea must hate Alex Ferguson even more as their £50 million man Fernando Torres is still trying to find his form. To put things into context here (no offence to Chelsea fans), Van Persie has already scored more goals for United than Torres has for the Blues.

If we compare this season’s percentages to last season’s, Van Persie’s domination in shirt sales is still pretty ecstatic – for a United fan at least. Rooney topped the list with 8.4% and was followed by then-Arsenal striker Robin van Persie at 7.9%. His move to Old Trafford has made all the difference for the Dutchman.

Also, it shows that the Manchester United football shirts remain the most popular shirts in Premier League with printed player names. And it won’t be surprising if these numbers are only magnified on a global stage.