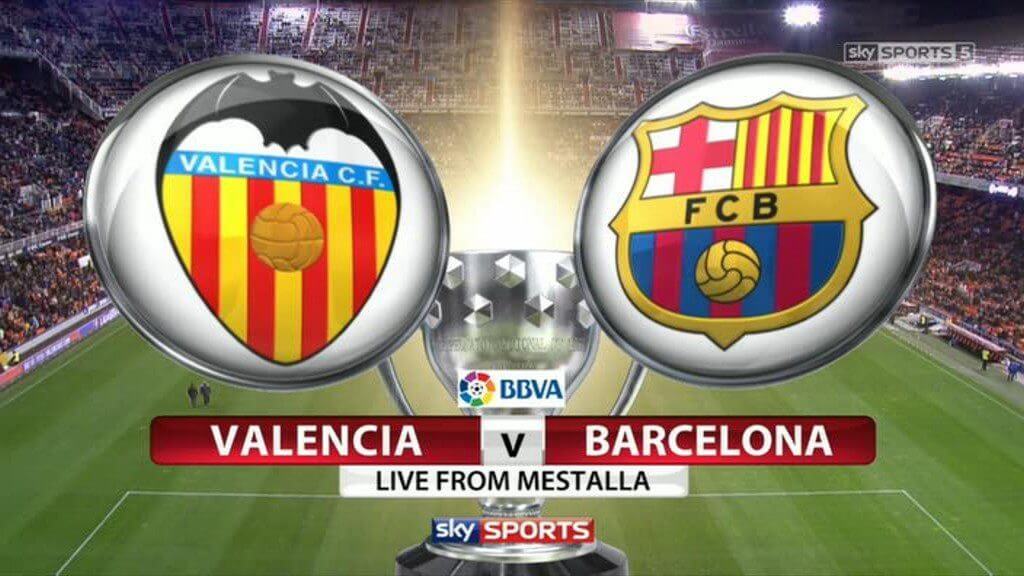 Barcelona travel to Mestalla to take on a struggling Valencia side in La Liga on Saturday.

The Spanish champions have been unplayable in their last two matches and will be looking to extend that run of form with another convincing win. Since their defeat against Celta Vigo, Barcelona have put eight goals past Deportivo and Manchester City.

Barcelona are fourth in the league table right now and cannot afford to drop more points. The Catalan giants will be determined and will look to exploit Valencia’s inconsistencies this season. Considering their form right now, the away side should be able to secure another convincing win on their travels.

Jordi Alba limped off in the first half of Barcelona’s Champions League win over Manchester City and is likely to miss the trip to Mestalla. Gerard Pique is out for three weeks with an ankle problem.

Valencia have made a very poor start to their season and are 14th in the league table. The home side picked up their first win under Cesare Prandelli against Sporting Gijon in their last match and that will have changed the morale around the club.

However, they have struggled defensively and have failed to keep a clean sheet in their last five matches. Coming up against an in-form Barcelona trio, that could be ominous for Valencia.

The good news for the home side is that new signing Nani should be fit to start. Eliaquim Mangala and Ezequiel Garay are both fit and raring for action. Siqueira is the only injury worry for the hosts.

Barcelona have scored at least 2 goals in 13 of their last 15 away matches in La Liga.

Valencia have lost 5 of their last 6 home matches in La Liga.

Barcelona are undefeated in their last 10 away matches against Valencia in all competitions.

Valencia have conceded at least once in each of their last 5 matches and Barcelona have been scoring freely away from home. Over 2.5 goals (2/5) seem likely.

Barcelona are in supreme form right now and have an excellent record against Valencia. Get them to win at 4/9 with Ladbrokes.

Lionel Messi has scored 9 times in his last 5 matches. Get him to score anytime at 8/13.

Valencia are simply not good enough to contain Barcelona right now. The home side are severely out of their depth and Barcelona have been unstoppable since that defeat against Celta.

The away side are likely to extend their scintillating form with a convincing win here. Valencia will do well to escape a thrashing here.