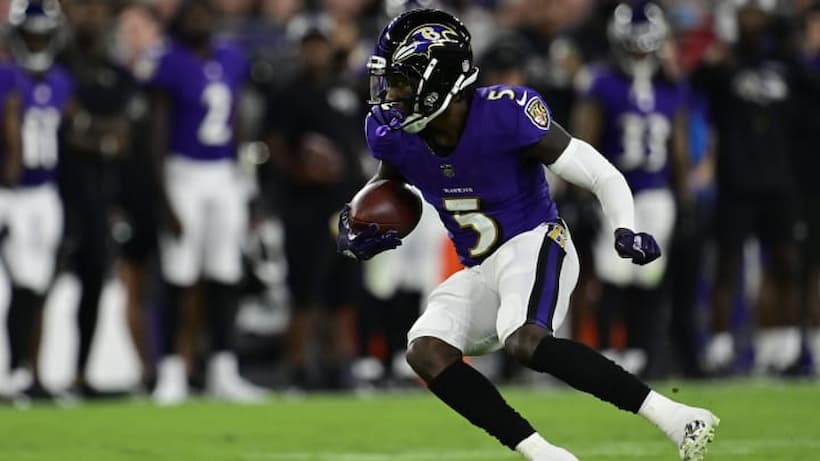 In this week’s edition of TNF: an All-AFC Conference clash between Baltimore Ravens (6-2; AFC North) & the hosting Miami Dolphins (2-6; AFC East). For a full preview, the latest odds, and free Thursday Night Football picks for the game, read on:
Dolphins vs Ravens Odds
Below are the latest Dolphins vs Ravens odds as broadcast on BetUS, plus our preferred wager featured on the BetUS prop market:

Bet on Dolphins vs Ravens at BetUS

After beating the Patriots in Week-1, Miami went on to lose seven successive games. So, last weekend’s win against the Texans must have come as a welcome relief for Miami head coach Brian Flores.

With sophomore QB Tua Tagovailoa out injured, Jacoby Brissett assumed responsibility behind the line in that 17-9 win over Houston. The former Patriot did throw two interceptions but was able to keep the yards ticking over, finishing the day with 26/43 for 244-yards. Rookie WR Jaylen Waddle’s recent hot-streak continued, as he tallied another 83-yards to add to his season total of 493-yards. However, the Dolphins’ run game was below par: Miles Gaskin toiled but Miami collectively put up just 47-yards on the ground and will need to do better if they’re to beat the high-flying Ravens.

Baltimore, on the other hand, can arguably boast the best team in the NFL this season, and if not the best, certainly the most resilient. Last Sunday in one of the games of the year to date, Lamar Jackson and co. had to claw their way back from 14 points down in the 4th quarter before taking the Vikings to OT, where the boot of K Justin Tucker was again enough to provide Ravens fans with a 34-31 win. Baltimore QB Jackson tallied up yet another +100-yard afternoon of rushing and, though he was picked off twice, did throw 27-41 for 266-yards and three TDs.

Baltimore can lay claim to the league’s best rushing offense, averaging almost 162-yards per game on the deck, and the NFL’s 5th ranked rushing defense, surrendering just 92-yards per game.

So, given Miami has struggled to run the football all year (ranked bottom of NFL with 72.1-rushing yards per game), Fins’ fans best hope is that, whether it’s Brissett or Tagovailoa that suits up, their QB is in for a career day throwing the dingus at the Hard Rock. It’s not out of the question either, mind: Baltimore’s usually reliable secondary has been anything but this season and is ranked 31st in the NFL for passing yards against, allowing 282-yards of airmail per game…

Miami’s main injury concern is that of QB1 Tua Tagovailoa who missed last week’s important W vs the Texans with a finger injury. However, the former Crimson Tide man is, at present, expected to feature.

On defense, safeties Elijah Campbell and Brandon Jones, and LB Jerome Baker are all questionable for the game.

As for the Ravens, WR Sammy Watkins and RB Latavius Murray are likely to miss out, which should mean more reps for RB Devonta Freeman and rookie WR Rashod Bateman. Guard Patrick Mekari and DT Brandon Williams are Baltimore’s other injury concerns, with both players likely to be game-day decisions.

Miami’s only hope of winning this game is to have a season-day throwing the football against Baltimore’s league worst-ranked secondary. If Tagovailoa finishes the evening with +350-yards, Miami is probably going to come close to a W…

Unfortunately, this is all speculative. Miami can only boast a third-tier passing attack that averages about 222-YPG. So, we’re backing the Ravens to ram the ball up the throat on offense and exit the Hard Rock with another big win.

Ravens to beat the -7.5 spread is our NFL betting Pick for the game.

BetUS is offering a 125% first-time matched deposit bonus that’s worth up to $2,500 to anyone that signs up with the sportsbook in time for TNF: Ravens @ Dolphins. To claim your 125% deposit welcome bonus and get your Dolphins vs Ravens free bets, just follow the instructions below: