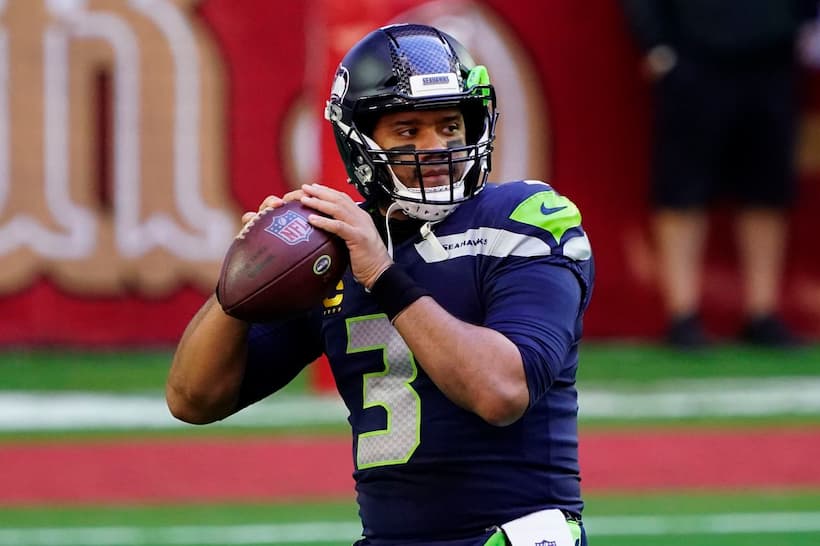 A huge NFC West Conference clash beckons as the sputtering Seattle Seahawks (3-6) get set to entertain the high-flying Arizona Cardinals (8-2)
For a full preview, the latest odds, and free Sunday Afternoon Football picks for the game, read on:
Seahawks vs Cardinals Odds
Below are the latest Seahawks vs Cardinals betting odds as broadcast on BetUS, plus our most likely wager on the BetUS prop market:

Bet on Seahawks vs Cardinals at BetUS

Pete Carroll was left cursing a couple of referee’s calls during last Sunday’s barren 17-0 loss to the Green Bay Packers. But any neutral who watched the game will tell you that Seattle’s problems certainly run a bit deeper than that:

Offensively, Seahawks struggled without Russell Wilson in recent weeks, going 1-2 in his absence. Any thoughts that Big Russ’s return under center would mark an immediate upturn in the Hawks’ fortunes were quashed vs Green Bay though. Wilson struggled to connect with any of his key receivers, going 20/40 for 161-yards, zero TDs, and two picks on the afternoon. For Seattle to have a chance against the Cardinals, Wilson needs to rediscover his form quickly!

It’s not just the passing game that’s been off for Seattle though. Without Chris Carson, the run game has been woeful – Seattle lays claim to the NFL’s 22nd-ranked rushing offense, averaging sub-100-yards per game. And it’s not much better reading on the defensive side of things either: Pete Carroll’s D surrenders over 400-yards per game on average and is ranked-31st in the NFL for yards against.

Cardinals, on the other hand, boast the NFL’s 4th best-ranked defensive unit in terms of yards against (323-yards per game); the 9th best ranked NFL offense (376-yards per game) and, with Kliff Kingsbury set to welcome back some key players in time for Seattle (see ‘team news’ below), don’t expect anything similar to the Panthers loss last weekend. This game has the potential to be a very long night for the fans in the Windy City!

QB Russell Wilson returned to the fold against the Packers last week after a few weeks out with a finger injury. RB Chris Carson is odds on to return from IR in time for the visit of the Cardinals, too. So, Seattle’s offense is pretty much back to full strength at a crucial time.

On defense, however, Pete Carroll will have a few concerns over the fitness of LBs Cody Barton and Ben Burr-Kirven. There are also issues at safety where Jamal Adams is set to be the only man fit enough to suit up. Fellow safety Ryan Neil is questionable and Marquise Blair was added to IR last week following a knee injury.

For Arizona, QB Kyler Murray (ankle) and WR1 DeAndre Hopkins (hamstring) both sat out the Week-10 defeat to the Panthers. But both players expect to feature in Seattle, which is an obviously huge boost for Kliff Kingsbury’s offense. But there are a few issues ahead of Murray with both LG Justin Pugh and C Max Garcia listed as questionable at the time of writing (Wednesday).

On the Cardinals defense, there’s no new news to report but the loss of J.J. Watt to a season-ending shoulder injury ten days ago is still a huge and remarkable loss.

Strange things keep happening in the NFL this season (Dolphins vs Ravens; Jaguars vs Bills). But, with Kyler Murray and DeAndre Hopkins expected to return to action against one of the NFL’s worst defenses, it’s hard to imagine anything other than a Cardinals W come Sunday. Kliff Kingsbury’s team is better in every measurable department.

Prediction: Cardinals to win and cover the -2.5 spread is our NFL betting Pick for the game.

Bet on the Cardinals to win and cover the -2.5 spread at BetUS

BetUS is offering a 125% first-time matched deposit bonus that’s worth up to $2,500 to anyone that signs up with the sportsbook in time for the Seahawks vs Cardinals game on Sunday.

To claim your 125% deposit welcome bonus and get your Seahawks vs Cardinals free bets, just follow the simple steps below: