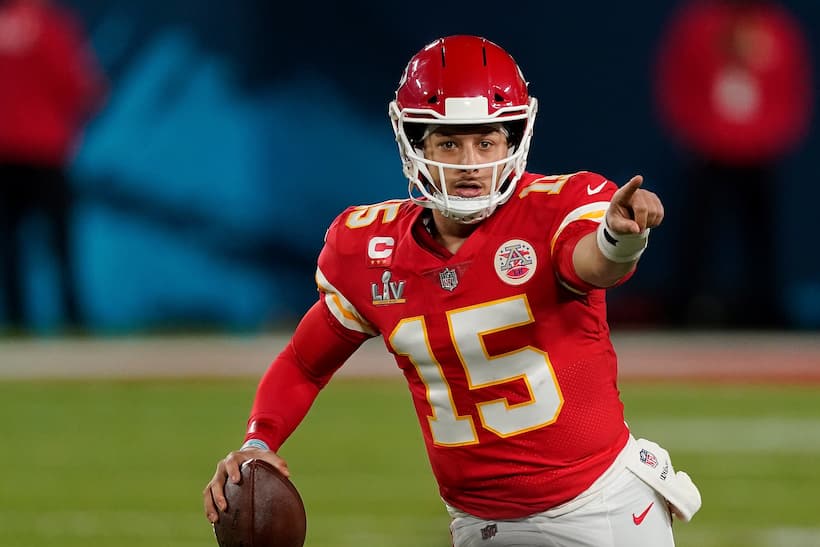 A titanic AFC vs NFC conference showdown is scheduled for Sunday afternoon as Patrick Mahomes and the resurgent (maybe…) Kansas City Chiefs get ready to welcome Dak Prescott and the Dallas Cowboys to Arrowhead.
For a full preview, the latest odds, and free Sunday Afternoon Football picks for the game, read on:
Chiefs vs Cowboys Odds
Below are the latest Chiefs vs Cowboys odds as broadcast on BetUS, plus our preferred wager on the BetUS proposition market:

Bet on Chiefs vs Cowboys at BetUS

In a game that will see two of the NFL’s most high-powered offenses go at it, the Kansas City Chiefs (6-4; AFC West) take on the visiting Dallas Cowboys (7-2; NFC East).

The Cowboys just crushed the Atlanta Falcons on Sunday. The game was all but over midway through the third quarter. With Dallas up by 43-3, head coach Mike McCarthy even had time to rest a few players, including QB Dak Prescott (24/31 for 296-yards, and two TDs) in preparation for the trip to Kansas.

It was a similar story for Andy Reed’s Kansas City Chiefs at the weekend. Mahomes and co. schooled the Las Vegas Raiders, 43-17 on the road. Mahomes returned to true form too, going 35/50 for 406-yards and five TD passes, and three of his targets (Tyreek Hill, Damian Williams, and Travis Kelce) posted +80-yards receiving.  It was a performance much more like what we are used to seeing from the typically dominant Kansas City Chiefs.

The Cowboys have a three-win advantage over their next nearest NFC East rival the Eagles, whereas over in the AFC West, Kansas is separated from the Chargers, Broncos, and Raiders by just one win, so the onus is certainly on the home side to perform here! Kansas needs the win; the Cowboys don’t.

The one stumbling block in another Chiefs’ win, however, is the defensive side of a football game…

By and large, the Cowboys surrender approximately 40-yards less per game than the Cheifs do and Mike McCarthy’s team is much better when it comes to holding onto and winning back possession of the football, too.

Sophomore CB Trevon Diggs has already amassed eight picks this year, adding to a turnover differential that speaks volumes about these two teams defensively. The Cowboys are at +5 whereas the Chiefs are at -8 for turnovers this year, meaning we’re expecting Dallas to see more of the ball which, in turn, should provide Dak Prescott and co. with more opportunities to score.

The Chiefs have a couple of issues ahead of the excellent Patrick Mahomes heading into the Cowboys’ game: RT Lucas Niang and RG Kyle Long are both listed as questionable at present (Wednesday) but coach Andy Reed is hopeful both will be fit to feature.

On the defensive side of things, LB Willie Gay has a stomach illness and CB Chardarius Ward is also a doubt (ill).

As for the Cowboys, starting LT Tyron Smith is questionable to suit up on Sunday. But better news concerning CeeDee Lamb (arm). Mike McCarthy this morning announced that the sophomore WR would be ready for the Chiefs.

As mentioned, we predict that the Cowboys will take the lion’s share of the possession due to their vastly better turnover differential.

Short of another bizarre performance like the one the Cowboys offered up in the defeat to the Broncos a fortnight ago, this increased time of possession could well lead to an underdog win away at Arrowhead for Dak and the boys.

Prediction: Cowboys to win and beat the +2.5 spread is our NFL betting Pick for the game.

BetUS is offering a 125% first-time matched deposit bonus that’s worth up to $2,500 to anyone that signs up with the sportsbook in time for Sunday’s must-see spectacle: Kansas City Chiefs vs Dallas Cowboys.

To claim your 125% deposit welcome bonus and get your Chiefs vs Cowboys free bets, just follow the simple steps below: