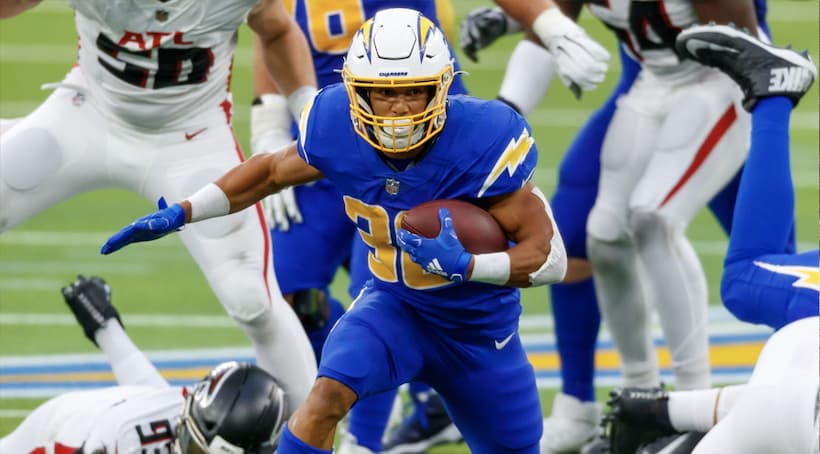 To get you ready for another top slate of NFL games this Sunday, our football betting expert presents the best NFL Picks for Week-6 and details how every Sportslens reader can claim a $1,000 welcome offer at the Bovada sportsbook.

It’s not the first time this season that the Ravens have been involved in a nailbiter, however. Coach Jon Harbaugh’s team lost out 27-33 to the Raiders in a Week-1 OT defeat; pipped the Chiefs at the finish line to win 36-35 in Week-3, and needed an NFL record field-goal (66-yards) from Justin Tucker to beat the Lions in Week-4.

Jackson and co. have been involved in some close calls thus far, and we expect a similar theme up against the Chargers at home this Sunday, especially after a shorter turnaround since playing on MNF earlier this week.

The Chargers have been in great form themselves this year and sit atop the AFC West with a 4-1 record having lost just once to the high-flying Dallas Cowboys.

Last weekend vs the Browns, QB Justin Herbert posted 398-yards & four TDs; WR Mike Williams continued his excellent start to the year, racking up another 165-yards and registering his sixth TD of the year to leave him ranked first in that category in the NFL. RB Austin Ekeler continues to impress, too. He finished up with 119-yards from scrimmage and three TDs in the defeat of the Browns.

In short, there is surely no way the Ravens are getting an easy win at home at the Chargers’ expense. Honestly, – as good as they are – we’re surprised to see Lamar and company listed as favorites for this one.

Prediction: Chargers to beat the +2.5 spread 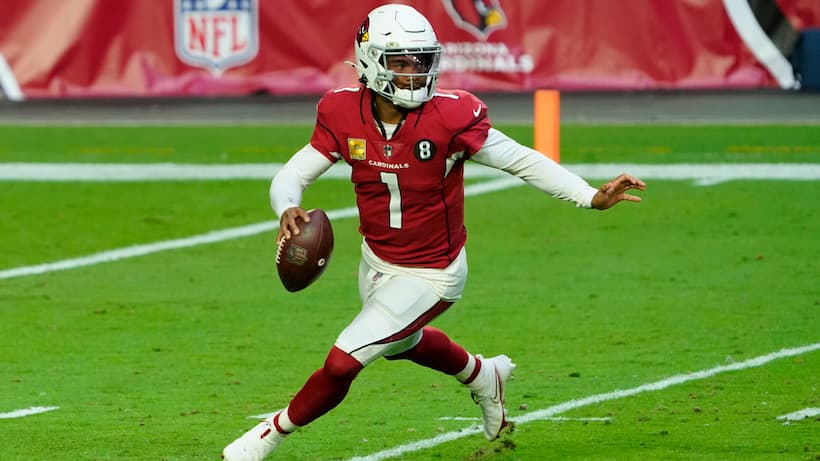 The Cardinals are the last remaining undefeated team in the NFL. Coach Kliff Kingsbury’s team has bested the Titans, Vikings, Jaguars, Rams, and 49ers so far, and ran out worthy winners in each of those games en route to a 5-0 start.

The Cleveland Browns, on the other hand, have had their struggles of late: QB Baker Mayfield, who, to his credit, played well as the Browns lost to the Chargers last week, has been wildly inconsistent. In Mayfield’s defense, with WR2 Jarvis Landry still on IR and WR1 Odel Beckham JR. still struggling for form since returning from injury he hasn’t had the best of targets out there to aim at.

Cleveland’s staunch defense and a run game led by Nick Chubb and Kareem Hunt (both injury doubts) are problems for any team. But it’s hard to stomach the 3-2 Browns being favorites vs the 5-0 Cardinals – it’s not like Arizona isn’t in the NFL’s toughest division, the NFC West either!

We can’t help but feel Browns have been made favorites only due to Arizona’s lingering injury concerns over QB Kyler Murray, RB Chase Edmonds, and WR DeAndre Hopkins. But all of those players (and a fair few more) are ‘questionable‘ to play and, as we all know, questionable generally means ‘fit enough’ in the NFL.

We expect Murray and co. to suit up and the Cardinals to, at the very least, beat the spread against the inconsistent Browns. In fact, we are still deliberating taking Kingsbury’s team on the moneyline at +165!

Prediction: Cardinals to beat the +3.5 spread

That’s not all though: on top of being the NFL’s most feared offense, Buffalo also has the NFL’s stingiest defense, conceding just 12.8 points per game on average.

Everyone knows that the Titans (3-2) are going to look to run the ball with Derrick Henry when these two teams meet, but the difficult pill to swallow for Tenessee fans in the build up to this one is that Buffalo boasts the league’s 3rd best run defense too, giving up less than 80-yards per game on average.

In short, – with the exception of King Henry in the Titans backfield – no matter where you look out on the turf in this game, the Bills have the superior players and should win this game fairly comfortably – the Titans just lost to the Jets a fortnight ago!

Prediction: Bills to win and cover the -6.0 spread

Right now, Bovada is offering a generous 50% welcome bonus that’s worth up to the total value of $1,000 for each newcomer to the sportsbook that signs up in time for NFL’s Week-6 fixtures.

To claim this offer in time for Sunday’s Week-6 NFL games, click the link below and follow the steps: