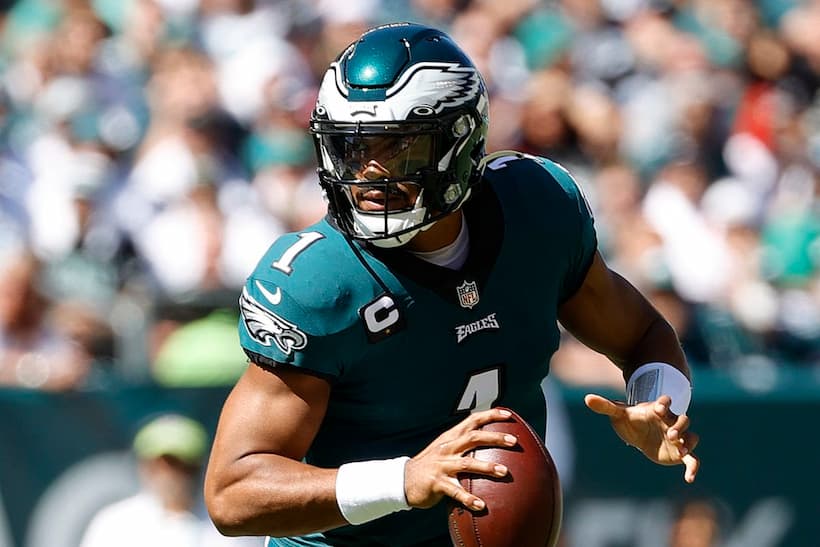 NFL fans can claim a $1,000 deposit bonus signing up to BetOnline to wager on Eagles vs Bucs

This Thursday night serves up an All-NFC clash to kickstart Week-6 as Tom Brady’s Tampa Bay Buccaneers (4-1) travel to Pennsylvania to face off with the Philadelphia Eagles (2-3), in a game that sees the NFL’s most exciting offense vs its hardest-hitting defense.

Both these teams have playoff aspirations and plenty to play for. So, viewers should be in for a treat. For the odds, NFL betting lines, and a few NFL Picks of our own, read on:

Bet on Eagles vs Bucs at BetOnline

BetOnline is offering a 50% matched deposit bonus that’s worth up to $1,000 to anybody joining the sportsbook in time for TNF: Eagles vs Bucs.

To claim BetOnline’s 50% deposit welcome bonus when you sign up to bet on Eagles vs Bucs, just follow the steps listed below:

After five games, the Philadelphia Eagles sit third in the NFC East with a losing 2-3 record.

It’s not all doom and gloom over in PA, however: QB Jalen Hurts has been one of this NFL season’s most exciting players to date, posting 1,621-yards from scrimmage and 10 TDs (7 passing; 7 rushing). The Eagles also came through a three-game losing skid vs 49ers, Cowboys, and Chiefs to beat a tough Carolina Panthers outfit last Sunday afternoon, restoring some much-needed confidence in the process following a tough run of games.

Hurts wasn’t at his commanding best when throwing the ball at the Bank of America Stadium, finishing up with 198-yards; 0 TDs, and 1 pick. But the Eagles still had their sophomore, Oklahoma graduate QB to thank for the win: Hurts rushed in two TDs to give the Eagles a big 21-18 win.

Few were surprised when the Buccaneers put the Dolphins to the sword last week. In a game where Tom Brady threw five TD passes; WR duo Mike Evans and Antonio Brown both posted 100-yard receiving games and both scored two TDs, the Bucs romped home to a 45-17 win and moved on to 4-1 for the season. Bruce Arians’ team sits atop the NFC South and will be looking to maintain their superb early season form at the Eagles’ expense this evening.

Veteran CB Richard Sherman has helped to sure up a Bucs’ secondary that’s been ravaged by injury since he entered the fray two weeks ago. However, without the likes of Sean Murphy Bunting and Antoine Winfield Jr. patrolling the skies in recent weeks, this is a Bucs coverage unit that allowed even Dolphins second-string QB Jacoby Brissett to post 275-yards and 2 TDs last week.

Expect Hurts and the much improved Eagles receiving threat spearheaded by Devonta Smith to rack up yards and points against a depleted Bucs D. The big question is whether or not the Eagles’ 3rd ranked NFL pass defense can keep the game competitive enough to give their offense a chance at going toe-to-toe with their free-scoring opponents. 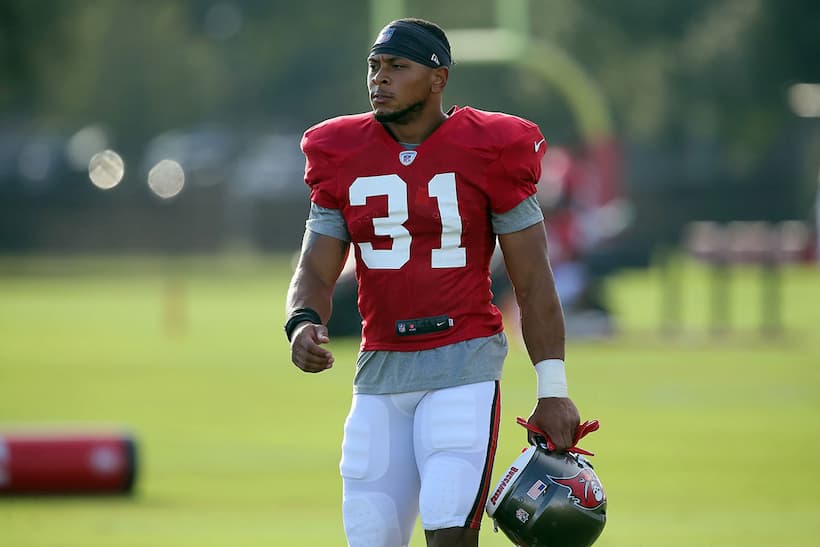 The Eagles don’t have too many injury troubles heading into the game vs Bucs. TE Dallas Goedert is likely to miss out, but the Eagles have a more than capable deputy in waiting in the form of veteran Zach Ertz. RT Lane Johnson is also expected to miss out due to personal reasons. On the defensive side of things, Brandon Graham is set for an extended stint on IR with an Achilles injury, along with secondary talents K’Von Wallace and Joe Ostman.

As mentioned, the Buccaneers still have big issues in the secondary with none of Jason Pierre-Paul, Carlton Davis, or Antoine Winfield Jr. expected to suit up. Lavonte David is also questionable for tonight’s game. On offense, TE Rob Gronkowski isn’t expected to feature after injuring his ribs in Week-3, and C Ryan Jensen is also a doubt – a big loss for Brady’s pass protection should he fail to make it out on the turf.

Both teams are likely to score points in this one. Even with Sherman operating at cornerback, teams have chewed up Tampa for big yardage during the recent injury crisis they’ve faced and, with a QB like Hurts up next, expect a similar theme, especially in Phillie in front of the home crowd.

That said, we expect the Bucs to outscore the Eagles. And, we’re not so confident about the Bucs covering the spread as we were vs Miami on Sunday. As such, the best bet for this game has to be Bucs O52.5 on the total points market at -110.

Expect something of an offensive shootout.