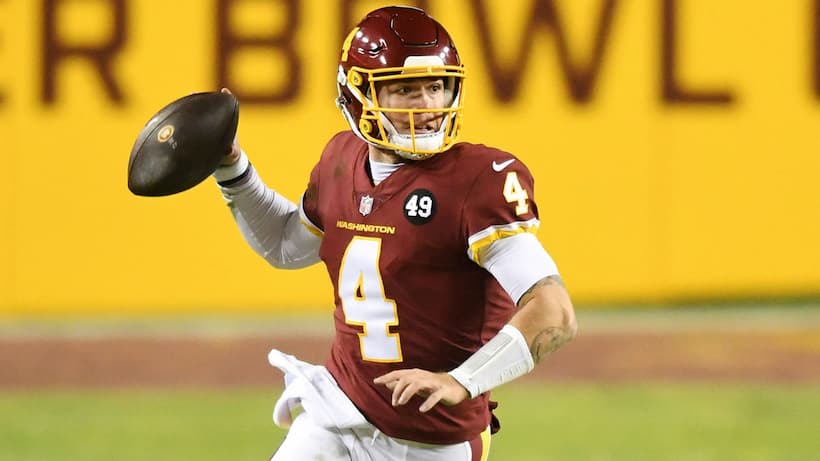 Our NFL Expert presents NFL Picks for the huge All-NFC clash between Washington Football Team & Seattle Seahawks on Monday Night Football tonight. Plus, find out how you can claim up to a $2,500 deposit bonus when you join the BetUS sportsbook.

NFL fans can claim a $2,500 deposit bonus signing up to Betus to wager on Football Team vs Seahawks tonight

Tonight’s MNF clash sees Pete Carroll’s struggling Seahawks (3-7; NFC West) go on the road to face Ron Riviera’s resurgent Washington Football Team (4-6 NFC East) in a game that’s likely to prove a pivotal fixture in both teams’ slim hopes of a push towards the playoffs.
For a full Monday Night Football preview, the latest odds, and free NFL picks for Seahawks at Football team, read on:

Below are the latest odds available across the main games lines for Football Team vs Seahawks as broadcast on BetUS on Monday, November 29.

Bet on Washington Football Team vs Seattle Seahawks at BetUS

Washington head into tonight’s home game on the back of a two-game win streak. Ron Riviera’s team bested last season’s Super Bowl winners the Bucs a fortnight ago and then put an end to Cam Newton’s homecoming parade when they defeated the Panthers Last Sunday.

QB Taylor Heinicke has returned to the kind of form that he showed during Washington’s surprise run in the playoffs last season. The Old Dominion University graduate racked up 206-yards, three passing TDs, 29-yards rushing, and earned himself a season-high QB rating of 141.3 vs Carolina last week. Heinicke is linking up superbly well with WR1 “Scary” Terry McLaurin (103-yards & one TD vs Panthers), and dual-threat RB Antonio Gibson (95-yards rushing vs Panthers) is also back in form for coach Riviera’s offense, keeping the Football Team in with a slim chance of a playoff birth.

Things haven’t been going quite so well over in the Windy City, however, the Seahawks have lost five of their last six games and hopes of a playoff push are slipping away fast. With the 49ers winning yesterday, tonight’s trip to Washington very much has a must-win feel about it where Pete Carroll’s team is concerned.

So, can Seattle do it? Well, if last weekend’s poor performance against the Cardinals is anything to go by, you’d probably have to lean towards a ‘no’ on that one. The Seahawks’ secondary continues to struggle and allowed stand-in Cardinals QB Colt McCoy to hit 35/44 targets for 328-yards. And that was without DeAndre Hopkins even being on the turf!

The return of one of the world’s finest QBs in Russell Wilson was supposed to spur the Seahawks back to winning ways a fortnight ago. But Big Russ has been massively out of sorts too, completing just 50% of his passes and throwing zero TDs and two interceptions in the two games he’s featured in since the thumb injury. Seahawks’ excellent receiving pair of Tyler Lockett and D.K. Metcalf has barely featured of late and, without star RB Chris Carson whose season was cut short by injury last week, the Seattle rushing game looks like it’s wading through water too.

To stand a chance in Washington tonight, Seattle needs to defend the pass much better; run the ball better, and Russell Wilson needs to be Russell Wilson. Washington, on the other hand, just needs to keep up the good work in front of an expectant home crowd…

Seattle will be without starting LG Damien Lewis tonight after he injured his elbow in practice. RB duo Rashad Penney and Travis Homer are also expected to sit out the trip to Washington.

Washington have concerns over the full fitness of WRs Curtis Samuel and Adam Humphries, as well as TE Ricky Seals-Jones. Problems too along coach Riviera’s offensive line as C Tyler Larsen and RT Samuel Cosmi are both out injured.

With the traditionally excellent Seattle secondary having reverted back to the kind of poor form we saw from it during the first half of the 2020 season, and with Russell Wilson having real issues moving the ball downfield in this new-look Hawks offense led by coordinator Shane Waldron, it’s hard to back against a resurgent Football Team that’s playing at the FedExField.

BetUS is broadcasting a 125% deposit bonus worth up to $2,500 to anyone signing up at the sportsbook in time for MNF: Washington Football Team vs Seattle Seahawks.

To claim your 125% deposit welcome bonus and bet for free tonight just follow the simple steps below: