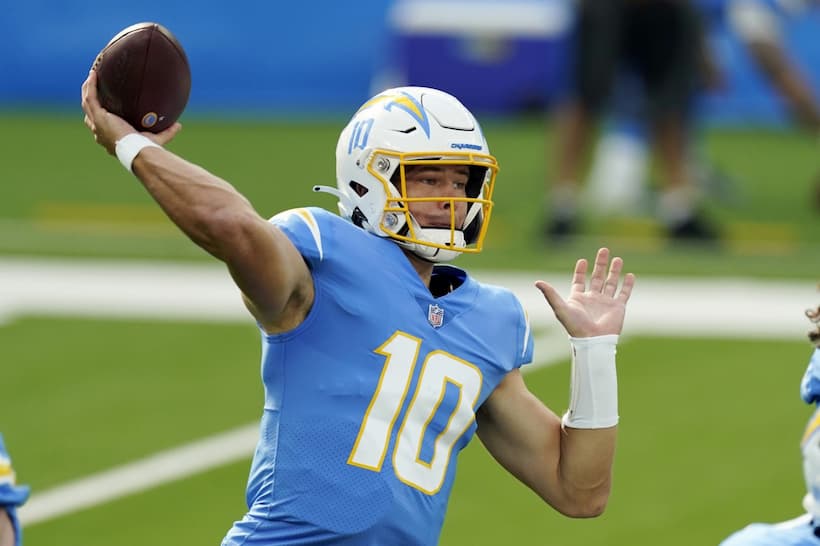 NFL fans can claim a $1,000 deposit bonus signing up to BetOnline to wager on Ravens vs Chargers

Bet on Ravens vs Chargers at BetOnline

BetOnline is offering a 50% first-time matched deposit bonus that’s worth up to $1,000 to anyone that signs up with the sportsbook in time for: Ravens vs. Chargers

To claim your 50% deposit welcome bonus when you sign up to bet on Ravens vs Chargers, just follow the steps below:

After a superb second-half showing against the Colts on Monday, Lamar Jackson and the Baltimore Ravens are still in first place in the AFC North, boasting a 4-1 record.

Baltimore’s No.8 enjoyed a fine day under center vs Indianapolis, posting his best-ever passing numbers (37/43, 442-yards, and four TDs), and targets WR Marquise Brown and TE Mark Andrews enjoyed themselves a game, too: both finished up with +100 yards and two TDs each.

Los Angeles had an equally productive day at the office last Sunday when they emerged victors against the Cleveland Browns. An outstanding 26-point haul in the 4th quarter was enough to give the Chargers a 47-42 victory, keeping them in first place in the AFC West, with the same 4-1 record as today’s opponents, Baltimore.

Chargers QB Justin Herbert played some unbelievable football en route to that crunch win against Cleveland: the former Oregon standout finished up with 26/43 for 398-yards and four TDs against one of the NFL’s elite defensive units. Herbert’s preferred target of the afternoon, Mike Williams, racked up 165-yards and two TDs, while RB Austin Ekeler tallied 119-yards from scrimmage and three TDs, too – an excellent performance from the offense.

For all that great offensive production, however, the Chargers struggled against the run last week. Baltimore doesn’t have a Nick Chubb or a Kareem Hunt to call upon like the Browns do, but expect to see Lamar Jackson breaking across the line far more than he did vs the Colts to test out the Chargers linebackers in the open field.

But, it’s the passing where we feel this game will be won or lost. Both teams have a myriad of offensive weapons that are capable of turning any game on its head in an instant. But the big question is going to be which coverage unit does a better job of snuffing out the mid-deep range passes, and it’s here we feel the Chargers have an advantage:

The L.A. secondary is ranked 7th in the NFL for passing yards against, averaging 214-yards per game. Without the likes of Marcus Peters, however, the Ravens are 30th in the same metric, conceding just shy of 300-yards per game. 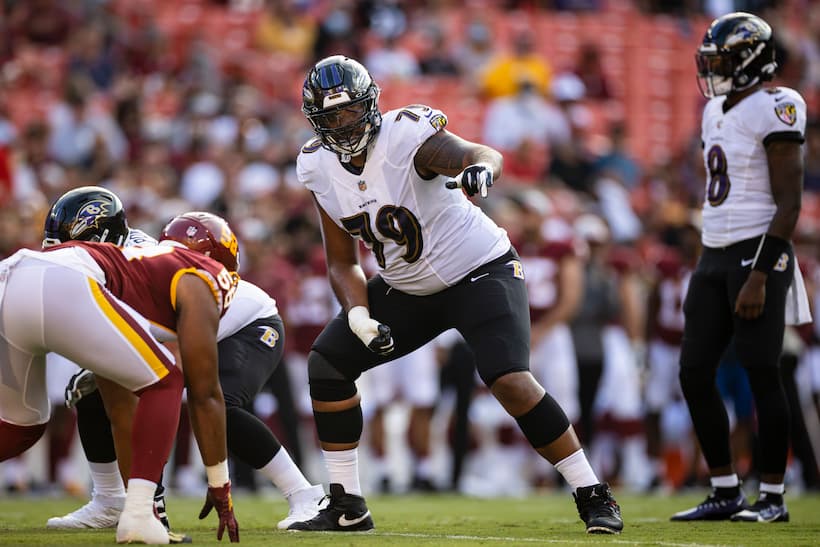 Baltimore has a couple of big issues on the offensive line. LT Ronnie Stanley is set to miss out again as his struggles to return to full fitness from last year’s season-ending ankle injury continue. His backup, Alejandro Villanueva is also a doubt for the game. WR Sammy Watkins is also unlikely to feature: the former Chiefs star has a hamstring injury. But rookie wideout Rashod Bateman is back to full fitness and likely to play a part.

On the Baltimore D, besides long-term absentees such as Marcus Peters and Derek Wolf, Ravens safety pairing DeShon Elliot and Geno Stone are both questionable to feature vs Chargers.

L.A. placed RG Oday Aboushi and RT Brian Bulaga on IR earlier this week. Wide receiver Mike Williams was a doubt for the game – the NFL’s leading TD scorer (6) has been nursing a knee injury but recent reports suggest the Chargers expect him to suit up come lunchtime.

Not such good news for Chargers head coach Anthony Lynn where the defense is concerned: S Nasir Adderley and ILB Drue Tranquil both look set to sit the game out.

With the Ravens having played just six days ago vs the Colts, and with that game needing overtime before Lamar and co. claimed the W, it’s a fast turnaround to be facing a team as good as the Chargers.

L.A. has played better football than the Ravens on the whole thus far this season and, honestly, no matter how good Baltimore’s home record has been in recent years, it’s a surprise to see that oddsmakers make Chargers the underdogs.

In truth, this one could swing either way, but the superior odds available on the Chargers are too tempting to turn down.

Los Angeles Chargers to win on the moneyline (+122) is our NFL betting Pick for the game.